Foreigners spent nearly $2.5B on Turkish cuisine in first half 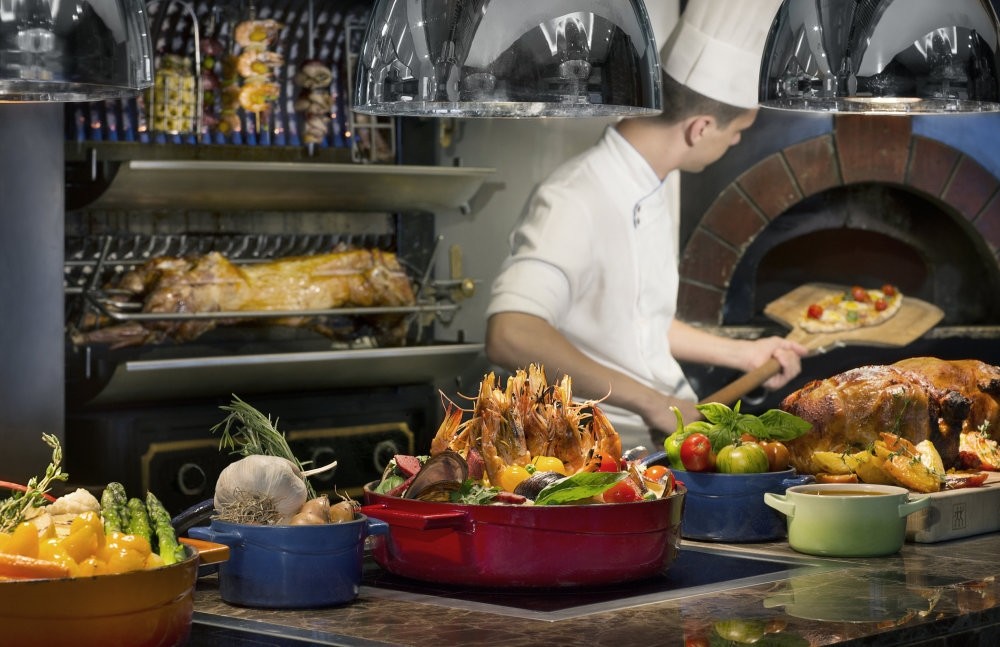 Food and beverage took the largest share in personal expenditures by foreigners with $2.491 billion in the first half of the year.
by Daily Sabah with AA Aug 03, 2018 12:00 am

Foreigners who visited Turkey in the first six months of this year have spent some $11.5 billion during their stay in the country, with food and beverage taking the largest share in the expenditures

Foreigners visiting Turkey in the January-June period of this year have spent some $2.5 billion on food and beverage, according to the country's statistical body.

Turkish Statistical Institute (TurkStat) data shows that the country has experienced an increase in both the number of tourists and tourism revenue so far this year. The number of tourists visiting Turkey has increased by almost 30 percent year-on-year, as some 16 million foreigners visited the country in the first six months of this year. The figure reached a total of 18.9 million with some 2.9 million Turkish expats visiting home - 21 percent more year-on-year.

The country has received around $11.5 billion in tourism revenues in the said period, out of which $9.4 billion has come from foreigners and $2.1 billion from Turkish expats. Out of the total amount spent by foreigners, around $9.5 billion was personal; while some $2 billion was spent on tour packages.

According to the TurkStat, the average expenditure per foreign visitor during the first six months of the year was $629, while this figure stood at $877 for Turkish expats. Meanwhile, the average per capita spending was $667 during this period.

Food and beverage took the largest share in personal expenditures by foreigners with $2.491 billion, followed by international transportation expenditures at $1.757 billion and accommodation with $1.413 billion. In addition, foreigners and Turkish expats visiting home have spent some $440 million on health and $757 on domestic transportation.

The visitors have also spent some $135 million on sports, education and culture during their stay in the country.

During the first six months, the visitor's also spent around 11.8 percent ($1.350 billion) of the total amount on clothes and shoes, while 5 percent ($576 million) was spent on souvenirs. Foreign visitors, who allocated some $414 million for other expenses, spent around $40 million on Turkish rug and carpet.

On the other hand, tourism expenditures of the Turkish citizens visiting other countries amounted to $2.7 billion in the same period, of which $2.264 went on personal expenditures, while $465 million went on tour packages.

Former Culture and Tourism Minister Numan Kurtulmuş had said that Turkey's year-end target would be 40 million tourists and $32 billion in tourism revenue.

Last week the new Culture and Tourism Minister Mehmet Ersoy said that they have reset the target for 2023 as 50 million tourists and $50 billion in revenue.

Ersoy had said that the number of people is no longer the primary target, adding that increasing the percentage of tourism revenues in the gross national product (GNP) from 4 percent to 8 percent was set as the new target. Russia played a major role in the increase in the number of tourists. The number of tourists from Russia in the first six months reached 2.4 million, followed by Germany with 1.6 million, Iran with 1.1 million, Georgia with 1 million, and Bulgaria with 987,000 tourists. In June alone, 989,983 people came from Russia, followed by Germany with 451,699 and the U.K. with 306,647.