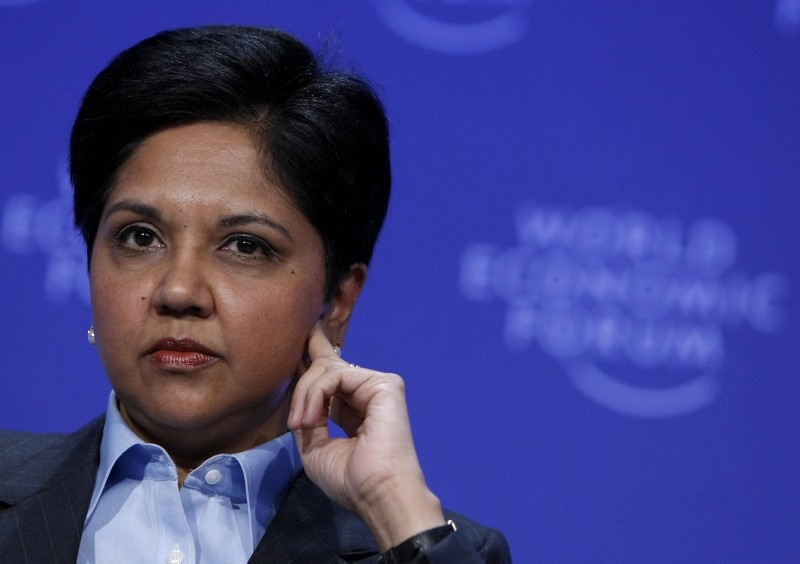 Indra Nooyi will resign as Pepsi's chief executive after 12 years in the role, the company announced Monday.

Nooyi, who was born in India, is a rarity on Wall Street as a woman and a minority leading a Fortune 100 company. She oversaw the company during a turbulent time in the industry that has forced PepsiCo, Coca-Cola Co., Campbell Soup Co. and Mondelez International Inc. to shake up product portfolios that had been the norm for decades as families seek healthier choices.

"Leading PepsiCo has truly been the honor of my lifetime, and I'm incredibly proud of all we have done over the past 12 years to advance the interests not only of shareholders, but all our stakeholders in the communities we serve," Nooyi said in a statement.

"Growing up in India, I never imagined I'd have the opportunity to lead such an extraordinary company."

She will be replaced by Ramon Laguarta, the company's president, who will be Pepsi's sixth CEO.

The 54-year-old Laguarta has held various positions in his 22 years at PepsiCo, which is based in Purchase, New York. He currently serves as president, overseeing global operations, corporate strategy, public policy and government affairs. He previously served as CEO of the Europe Sub-Saharan Africa region. Prior to joining PepsiCO, Laguarta worked at confectionary company Chupa Chups.