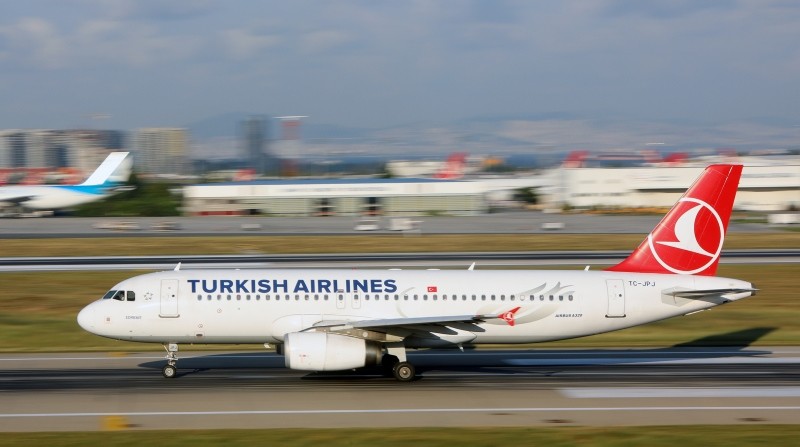 Turkish Airlines (THY) carried 43.2 million passengers from January to July this year, the airline announced Thursday.

According to a statement, the total number of passengers carried by the Turkey's national flag carrier saw a 15.2-percent hike on a yearly basis, up from 37.5 million passengers in the the same period in 2017.

"Increase in the number of passengers carried in domestic and international lines are 17.0 percent and 13.8 percent, respectively," Turkish Airlines said.

"Increase in passengers carried in Africa, Europe and Middle East are 10.0 percent, 9.5 percent and 8.0 percent respectively," the airline said.

Turkish Airlines earned some 24.4 billion Turkish liras ($5.9 billion) of total revenue in the first half of this year while the company had nearly 25,000 staff, including more than 4,500 pilots.

According to the airline's end-year targets, the company expects to carry 75 million passengers — including 33 million on domestic routes, 42 million on international routes — with around an 81-percent passenger load factor.

A total of 50.88 percent of the airline's stocks are publicly traded on Turkey's stock exchange Borsa Istanbul while the rest are owned by the Türkiye Wealth Fund.