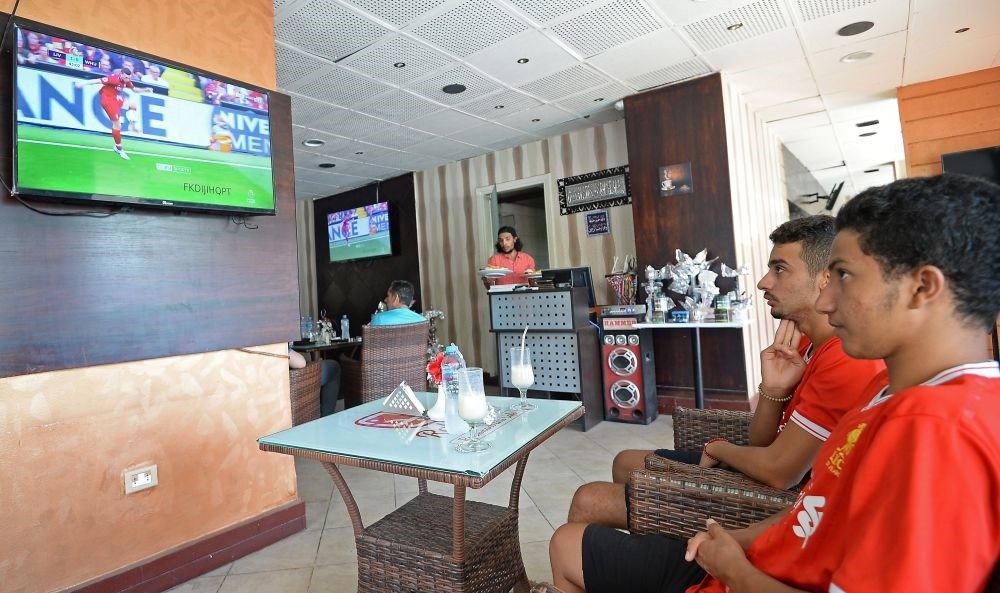 Egyptian Liverpool supporters watch the opening game of the English Premier League between Liverpool and West Ham at a restaurant in Cairo, on Aug. 12.
by Aug 15, 2018 12:00 am

In the 2016/17 season, during which clubs benefited from a record $10.6 billion global TV revenue, income from match days contributed less than a fifth of every 1 pound earned by 18 Premier League sides

Premier League clubs receive so much money from television half of them could still turn a profit even if the stadia were empty, according to the BBC. Using statistics compiled from the 2016/17 season, during which clubs benefited from a record 8.3billion pounds ($10.6 billion) global TV revenue, income from match days contributed less than a fifth of every 1 pound earned by 18 Premier League sides. The number of clubs that would have recorded pre-tax profits even if match day income was taken away rose from two in 2015/16 to 10 in 2016/17. Only Tottenham Hotspur of the so-called big six features among those clubs, with West Bromwich Albion topping the list. Dr. Rob Wilson, a sport finance specialist at Sheffield Hallam University, told the BBC the sea change in club finances came with the TV deal agreed in 2012 which brought in 3.018 billion pounds.

"That is when the focus really went toward generating TV money rather than match day ticket receipts," he told the BBC.

"The revenue structures of those clubs are fairly well there to stay now.

"When you get a 120 million pounds payout from the Premier League for kicking a ball around, you can play in an empty stadium if you need to."

However, Malcolm Clarke, chair of the Football Supporters Federation, said TV companies such as Sky and BT Sport would not be prepared to pay so much money if it wasn't for the atmosphere inside the grounds.

"I'd say they are the most important element," Clarke told the BBC.

"Players and managers come and go, but we are always there.

"The reason that they can get lucrative TV deals is because the product shows the crowd, the noise, the away fans and the atmosphere - it is all part of it."

"How boring would it be to watch a Premier League game in an empty stadium?"

The importance of fans attending matches is recognised in Spain who introduced fines for clubs at the beginning of the 2016/17 season if a ground had empty spaces and was captured on television. The Premier League issued a statement in light of the BBC report saying efforts had been made to encourage fans to attend matches, especially to travel to away games - including introducing a 30 pounds cap on ticket prices for travelling fans for the 2016/17 season.

"The high-quality football produced by clubs, combined with the commitment of fans, led to an extremely high stadium utilisation of 96 percent in the Premier League last season (2017/18), and similar levels have been achieved for many consecutive years," read the Premier League statement.