China sinks $144B into shantytown redevelopment 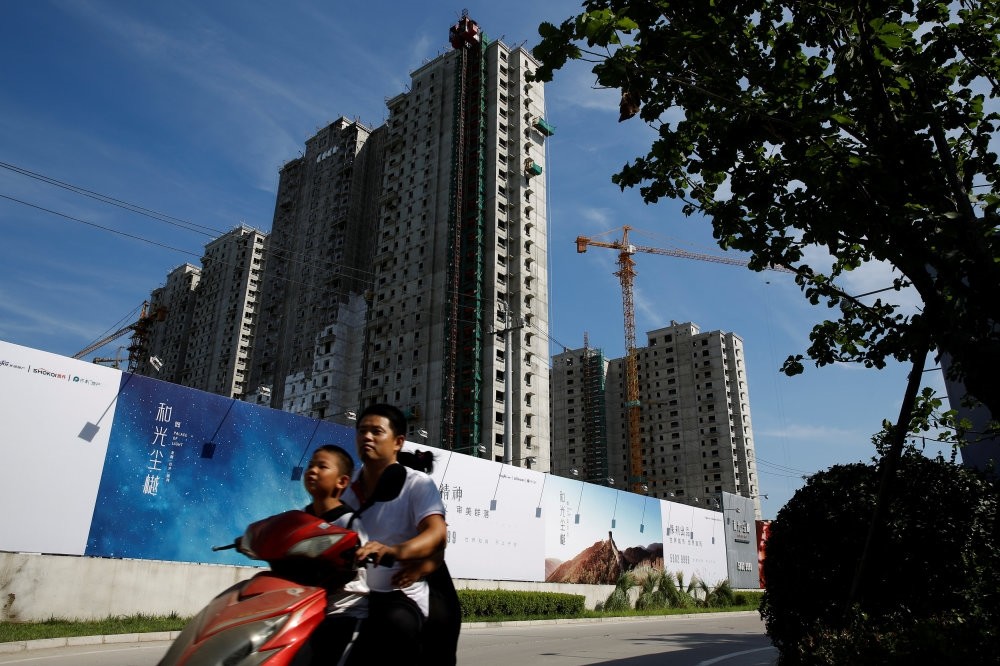 A man and a boy ride an electric scooter past the shells of apartment blocks outside a construction site in Beijing.
by Aug 17, 2018 12:00 am

China has invested 990 billion yuan ($143.63 billion) for a massive urban redevelopment project in the first seven months of 2018, the housing ministry said yesterday. China's central bank has injected hundreds of billions of dollars into such shantytown redevelopment projects (SRP) through the Pledged Supplementary Lending (PSL) programme, which has been largely used for cash compensation to residents whose homes are demolished. The policy helped boost home sales and prices in smaller cities that struggled for years with a glut of unsold homes, playing a key role in reviving economic growth since 2015. Led by gains in smaller cities, China's new home prices accelerated at their fastest pace in almost two years in July, defying persistent government curbs.

In 2017, China poured a record 1.84 trillion yuan ($278.21 billion) into the project, with new construction started on over six million homes that year, official data showed. The government is aiming to build another 5.8 million homes in 2018. China's shantytown spending so far this year is roughly equal to the market value of video streaming giant Netflix Inc. The housing ministry, in a statement yesterday, said construction work began on 4.07 million homes in the first seven months this year. But ballooning property bubbles and hidden local debt risks as a result of credit stimulus from the project have sounded alarm bells for China's top leaders. The housing ministry said in July it will restrict subsidies for new shantytown development projects to cities with hot property markets.

In late June, Reuters reported that China Development Bank (CDB) had halted funding for new shantytown redevelopment projects, and transferred approval authority from its local branches back to the policy bank's headquarters, in a sign of tighter scrutiny over the project. While Beijing is seen to significantly reduce the size of the project especially in low-tier cities in the future, it may be hesitant to dial back support too quickly amid a slowing economy. Economists at Nomura, in a note this week, said they believe that in the short term, Beijing will maintain a normal pace for financing all renovation projects "given the strong headwinds to China's economy".