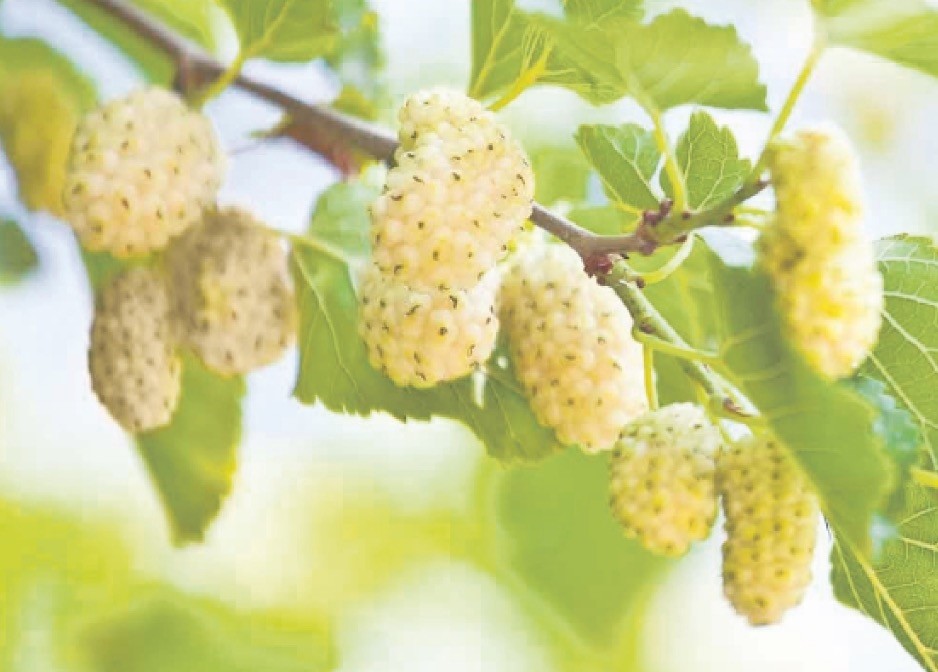 The mulberry originated in China and spread to Turkey via the Silk Road trade, mulberries today can be found in many parts of the world.
by Elif Erşen Aug 21, 2018 12:00 am

Abundant in nature but often overlooked, mulberries can be turned into high value-added products beneficial to public health and a country's economy, as the story of Tijen Ziyal has demonstrated

"A generous gift from nature" is the motto of Immunflex, the brand that mainstreams the consumption of white mulberries, a superfood. Founded by Tijen Ziyal, a 55-year-old entrepreneur, architect, designer and traveler, Immunflex offers the high nutritional value of white mulberries in different forms, including dried fruit, white mulberry flour, leaf powder, molasses, lozenges, extracts and tea.

It all started with a visit to the eastern Anatolian city of Erzincan's Kemaliye district, a region famous for its mulberry trees, Ziyal told Daily Sabah in an exclusive sit-down, where she offered the delights cooked with mulberry flours and leaf powder and a delicious Turkish coffee with minted mulberry extract.

During her visit to Kemaliye, Ziyal saw the unattended mulberry trees from which large amounts of fruits went to waste because of unregulated and inefficient harvesting methods. "This miraculous fruit should not be wasted, and people should be more aware of its health benefits," she said. 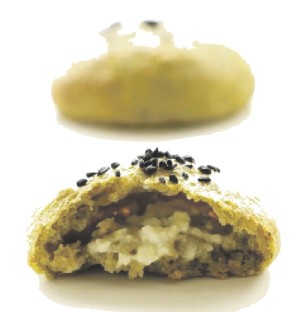 "When I visited Kemaliye, I saw mulberry trees everywhere. After doing extensive research on mulberries, I came to realize that they have numerous health benefits," Ziyal said. To complement her study and create a project out of her initial thoughts, she contacted professors from Istanbul University and Bezmialem University.

Embarking on a nearly four-year journey of research and development (R&D), production and development (P&D), and marketing, Tijen finally introduced Immunflex last year in August. During this adventure, she garnered immense support from her daughter Gözde and her husband Namık, and her idea was welcomed by scholars from the Istanbul University School of Pharmaceuticals, the Istanbul-based Bezmialem University Phtyotherapy Center and the Scientific and Technological Research Council of Turkey (TÜBİTAK) Marmara Research Center for Food Institute.

"As a female entrepreneur, I decided to get involved in a social responsibility project to create awareness about nourishment in a system where sweeteners, additives and preservatives are big problems and force past nutritional standards to the backburner. I promise the next generation a community and society that produces, not consumes," she said when talking about the gist of her idea that gave birth to Immunflex. 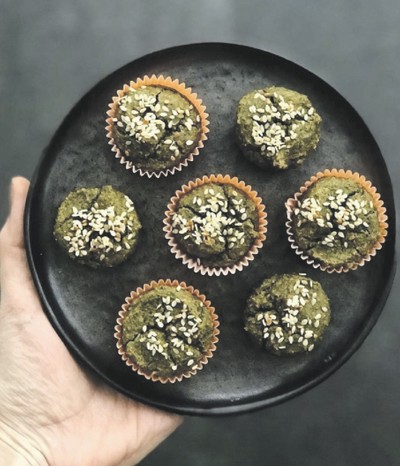 One year after entering the market, Immunflex now has a broad range of products that can be used as ingredients to make tasty cheesecakes, cookies, salty snacks or molasses to pour on pancakes, as well as tea leaves to brew to boost healthy digestion. One can cook muffins without flour as well as cakes with no sugar with mulberry flour.

Moreover, Ziyal also produced a delicious beverage from mulberries called "Tea of Peace." Combined with a quince, lemon peel, baobab fruit, clove and dandelion, the Tea of Peace maximizes the relaxing effect of mulberry leaves while boosting the immune system. It is a product Immunflex jointly developed with the TÜBİTAK Food Institute and Bezmialem University's Phtyotherapy Center. 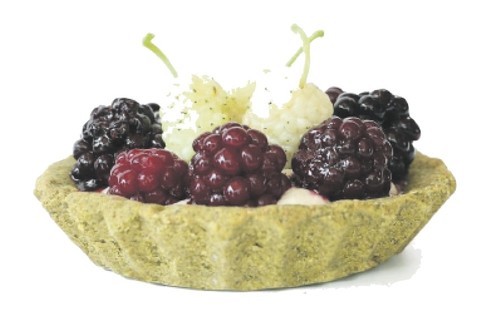 "Mulberries are one of the strongest fruits available in the nature in terms of their protective and healing qualities," Ziyal highlighted and continued, "In Turkey, you can see mulberry trees everywhere. No harmful pests attack the trees, so there is no need for pesticides, and it is very safe to consume straight from the tree." Ziyal is very right indeed as there is a very famous saying in Turkish, "You see, all these areas used to be filled with mulberry trees (Buralar hep dutluktu)." People use this phrase when describing the previous life of very developed and crowded areas, particularly in Istanbul.

In fact, mulberries can be found in many parts of the world; yet, they originated in the Far East along the Silk Road from China to Turkey. As the silkworm's food of choice, Mulberry trees flanked the famous route that traded goods and culture between China, Persia, Europe, the Horn of Africa and the Arabian Peninsula. Today, mulberry trees are found in many yards and neighborhoods.

Ziyal is now running her operations on 20 decares in Kemaliye and will soon establish a large facility to produce Immunflex products and broaden the operations while providing employment for more people.

As a female entrepreneur with great insight and imagination, Ziyal is also considering opening up her land for agritourism; a project that will allow guests to harvest mulberries during the season from June to August while experiencing the excellent mountainous nature of the region full of fresh air.

Superfood with vitamins, proteins and antioxidants

Speaking of the health benefits of mulberries, Ziyal underscored that white mulberries include certain oil acids that the human body cannot generate and only get from food. These oil acids, she explained, are used in the composition of cell membranes in addition to their benefits for the development of the neural system.

"Containing high amounts of antioxidants, vitamins and proteins, white mulberries are categorized as superfoods today," Ziyal said. She also added the fruit is one of the best solutions for illnesses including but not limited to anemia, obesity, cholesterol and diabetes. Mulberries' levels of antioxidants are 79 percent higher than blueberries and 24 percent more than those found in cranberries.

Mulberries also contain quite a bit of protein and fiber. People can get 20 percent of their daily fiber requirement and 4 grams of protein from a third of a cup of mulberries, which is good for vegans and vegetarians who often struggle to get enough protein from nonanimal sources.

From local shops to world markets

Currently, Ziyal's Immunflex products are available at 10 shops and can be ordered online on the brand's website. However, Ziyal does not want to limit herself to the domestic market, and she has been doing market research for a while to export her value-added products primarily to the U.S. and European countries.

"As I wandered around grocery stores in the U.S., I noticed they primarily sell dried mulberry and mulberry extracts imported from China," Ziyal shared her observation and pointed out that there is a huge market for selling a wide variety of value-added products generated from mulberries and emphatically stated the importance of producing and exporting high value-added goods for the economic growth.

Since mulberries should be consumed within two hours after they are picked, they need to be transformed into value-added products like flours, tea leaves, leaf powder, molasses, lozenges, extracts, cosmetics creams, dietary supplements and other products quickly, Ziyal said. "We are aware that Immunflex offers innovative products for the overseas markets, as much as it does for the domestic market," she added, emphasizing her plan to expand into international markets.

Now eyeing a huge export market with the U.S. and Europe, Ziyal wants to make contributions to Turkey's dried fruit exports that were recorded at $1.3 billion last year.

After recent tariffs China imposed in retaliation on some U.S.-imported products, including mulberries, China has emerged as another attractive market, particularly considering Turkish fruit and vegetable exporters have already started selling cherries and raisins to the country.