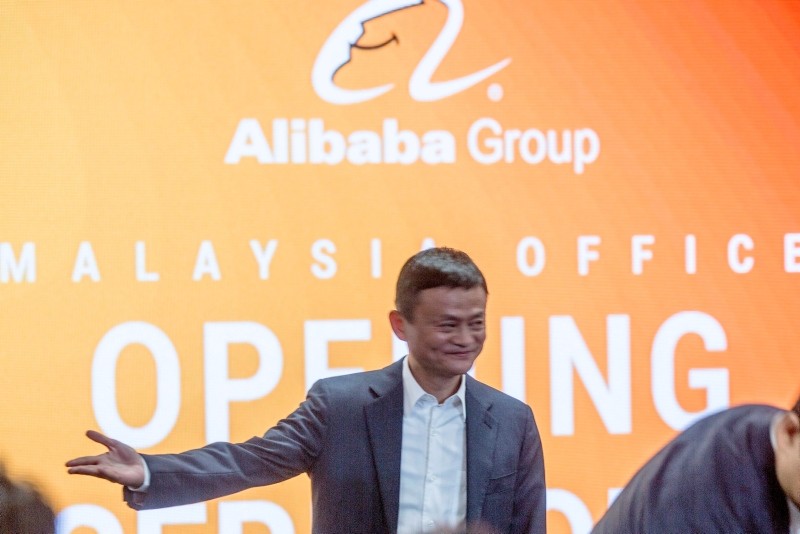 Jack Ma, the founder and executive chairman of Chinese e-commerce company Alibaba Group gestures during the opening of the Alibaba group office in Kuala Lumpur, Malaysia, June 18, 2018. (EPA Photo)
by Sep 08, 2018 12:00 am

Alibaba Group Holding Ltd's billionaire co-founder Jack Ma will announce a succession plan on Monday to hand the reins of his sprawling empire to a new generation of leaders but will remain executive chairman for the time being.

Ma will announce the plan on his 54th birthday and the handover strategy will stretch over a significant period of time, the South China Morning Post (SCMP) newspaper reported citing a company spokesman.

Alibaba declined to comment but pointed towards the SCMP story when asked about Ma's plans.

Ma, who co-founded Alibaba in 1999, stepped down as chief executive in 2013. He currently serves as the company's international face at top political and business events.

The New York Times reported on Friday that Ma would retire from the e-commerce company on Monday as the former English teacher seeks to focus on philanthropy in education.

China's third richest person with a net worth of $36.6 billion according to Forbes magazine, Ma was quoted by the New York Times as saying his retirement was not the end of an era, but the beginning of one.

While Ma's plan to gradually step back is a milestone, analysts and industry professionals said it was unlikely his involvement would change significantly.

"I don't think it means that much, frankly. He stepped back from the CEO role about four or five years ago and very specifically made a comment about wanting the younger people to lead the company," said Kevin Carter, founder of The Emerging Markets Internet exchange-trade fund.

Ma oversees a number of charitable projects in education and environmental fields. He is a cult figure in China's internet industry and has attracted a big following among entrepreneurs and in pop culture. At events, he is often met with screaming fans.

The company had a market value of about $420 billion as of Friday. Ma also controls Ant Financial, which was valued at about $150 billion after a recent fundraising round.

The succession plans come at a tricky time for Chinese tech firms. Authorities have increasingly sought to regulate the industry where Alibaba and main rival Tencent Holdings Ltd are battling for consumers.

Trade tensions also present a new challenge for Chinese tech firms, especially those like Alibaba which are rapidly expanding overseas.

This year, regulators shot down a $1.2 billion bid for money transfer service Moneygram International Inc by Ant Financial on national security grounds, which the company said was related to "geopolitical" changes.

Ma's decision also comes as U.S. police investigate an allegation of rape against Richard Liu, head of e-commerce rival JD.com Inc, which has hammered its shares.

Liu was arrested and released without charge in the U.S. city of Minneapolis last week. Through his lawyers, he has denied any wrongdoing.

Liu is chairman and chief executive at JD.com, and the incident spooked investors as the company has no clear succession plan.