Alibaba founder Jack Ma to step down as chairman in Sept. 2019 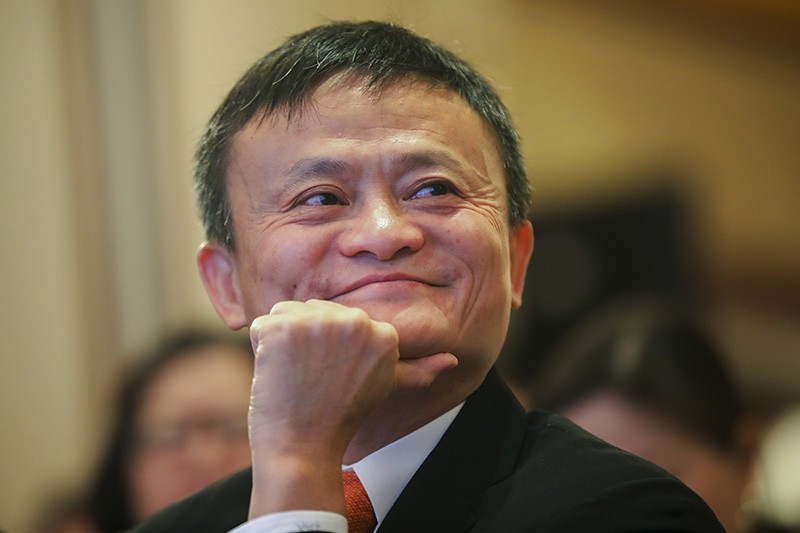 In this June 25, 2018, photo, Jack Ma, chairman of Alibaba Group attends the ceremony to launch a blockchain-base remittance solution in Hong Kong. (AP Photo)
by Compiled from Wire Services Sep 10, 2018 12:00 am

Jack Ma, who founded e-commerce giant Alibaba Group and helped launch China's online retailing boom, announced Monday that he will step down as the company's chairman next September, a departure already drawing comparisons to the retirement of late Apple founder Steve Jobs.

In a letter released by Alibaba, Ma said he will be succeeded by CEO Daniel Zhang, an 11-year veteran of the company. Ma handed over the CEO post to Zhang in 2013 as part of what he said was a long-planned succession.

Analysts said the early withdrawal of Ma, the charismatic face of a company that has revolutionized how and what China's people consume, will challenge Alibaba to carry on Ma's vision amid rising competition.

But like Apple's transition to current boss Tim Cook, Alibaba's CEO and anointed successor Daniel Zhang is less magnetic than his predecessor but has proven an able steward since effectively taking the operational reins years ago, they said.

"Day-to-day operations-wise Alibaba will not be affected that much. But since he's the face of the company, people may lose a little bit of faith," said Jackson Wong, associate director with Huarong Securities in Hong Kong.

"But where Jobs died, Ma is expected to stay on in an advisory role, so there shouldn't be too much impact."

Ma – who turned 54 on Monday – said in a statement he will serve as executive chairman until his 55th birthday before passing the torch to Zhang.

"I will work closely with Daniel to ensure a smooth and successful transition," Ma said.

Ma, a former English teacher, founded Alibaba in 1999 in an apartment in the eastern city of Hangzhou to connect Chinese exporters with foreign retailers. It expanded into consumer retailing, becoming the world's biggest e-commerce company by total value of goods sold, as well as online finance, cloud computing and other services.

Ma became one of China's most famous entrepreneurs and one of the world's richest. The Hurun Report, which follows China's wealthy, estimates his net worth at $37 billion.

Alibaba's $25 billion initial public stock offering on Wall Street in 2014 is the biggest to date by a Chinese company.

Alibaba said Ma will remain a member of the Alibaba Partnership, a group of 36 people with the right to nominate a majority of its board of directors. That arrangement limits shareholder control, but Ma has defended it as a way to keep Alibaba focused on long-term development.

"This transition demonstrates that Alibaba has stepped up to the next level of corporate governance from a company that relies on individuals, to one built on systems of organizational excellence and a culture of talent development," said Ma's letter.

"The one thing I can promise everyone is this: Alibaba was never about Jack Ma, but Jack Ma will forever belong to Alibaba," he said.

Alibaba is part of a group of companies including games and social media giant Tencent Holding Ltd., search engine Baidu.com Inc. and e-commerce rival JD.com that have revolutionized shopping, entertainment and consumer services in China.

Alibaba was founded at a time when few Chinese used the internet. As internet use spread, the company expanded into retailing and services. Few Chinese used credit cards, so Alibaba created its own online payments system, Alipay.

Little is known outside the company about 46-year-old Zhang, a soft-spoken accountant who goes under the epithet "Xiaoyaozi" at work - the name of a character from a Chinese martial arts novel literally meaning the "free and unfettered one."

"We don't know much about (Zhang) even though he's been CEO for a while, because he's by nature a very low-key person, low profile. He's happy to not be in the limelight," said Duncan Clark, managing director at Beijing tech advisory BDA and author of "Alibaba: The House that Jack Built."

Zhang, who leads Alibaba's investor calls with polish stemming from his years at global auditors Arthur Andersen and PricewaterhouseCoopers, has been CEO since 2015.

His fingerprints are on some of the company's most successful moves: he was a key architect of Alibaba's "Singles Day," the Nov. 11 event that has become the world's largest online shopping festival.

Crucially, Zhang oversaw the growth of retail platform Tmall, which has grown to be one of the company's most significant revenue drivers, squaring off against major Chinese e-commerce rival JD.com Inc.

Like Ma, he has worked hard to promote the company since its 2014 listing, making appearances at the World Economic Forum in Davos and other global events.

Those three frequently headline tech conferences and even government events together.

Ma, known in Chinese as Ma Yun, appears regularly on television. At an annual Alibaba employee festival in Hanzhou, he has sung pop songs in costumes that included blonde wigs and leather jackets. He pokes fun at his own appearance, saying his oversize head and angular features make him look like the alien in director Steven Spielberg's movie "E.T. The Extraterrestrial."

Alibaba raised $5 million from investors including Goldman Sachs and $20 million from Japan's Softbank in 1999.

The next year, Alibaba faced its biggest threat when eBay acquired EachNet, which had 80 percent of China's small retail e-commerce market.

Ma fought back by launching Taobao, an eBay-style consumer-to-consumer site. By 2006, Ma had won; eBay gave up and turned over its China operation to a local partner.

In 2005, Yahoo Inc. paid $1 billion for 40 percent of Alibaba and turned over control of Yahoo China. Alibaba bought back half of Yahoo's stake for $7.1 billion in 2011 and the U.S. company made billions more from the 2014 IPO.

Ma's success was tempered by complaints Alibaba allowed counterfeiters to thrive on its sales platforms.

The U.S. Commerce Department cited Alibaba.com and Taobao on its annual list of "notorious markets" from 2008 to 2011. Both were later removed but complaints from makers of luxury goods and other brand owners intensified.

The luxury company Kering, owner of brands including Gucci and Saint Laurent, accused Alibaba in a 2015 lawsuit of facilitating counterfeit sales. The two sides settled the dispute last year with an agreement to cooperate in combating trafficking in fakes.

Also in 2015, a Chinese Cabinet agency accused Alibaba of profiting from misleading advertising and failing to deal effectively with fraud. In a reflection of the importance of Alibaba's success to communist leaders, the agency said its report was written in mid-2014 but the release was delayed to avoid disrupting the IPO.

Alipay became a freestanding company, Ant Financial, in 2014. Alibaba also has expanded into entertainment, set up its own film studio and invested in logistics and delivery services.

Alibaba reported profit last year of $9.8 billion. It said the total value of goods sold across all of its platforms rose 28 percent over 2016 to 4.8 trillion yuan ($768 billion).

In 2011, Alibaba faced complaints it had transferred control over Alipay to a company controlled by Ma without immediately informing shareholders including Yahoo and Softback.

Alibaba said the move was required to comply with Chinese regulations, but some financial analysts said the company was paid too little. The dispute was later resolved by Alibaba, Yahoo and Softbank.