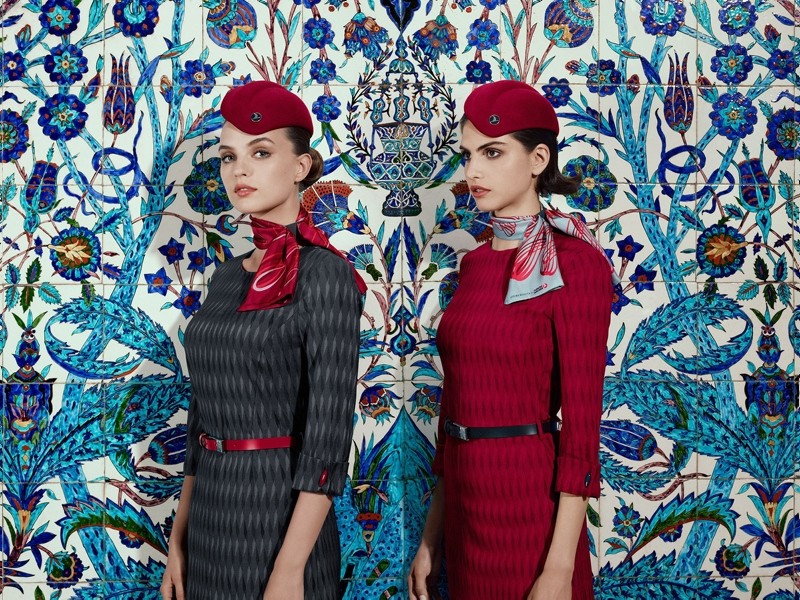 "Inspired by many classic elements of Turkish design and culture, the new uniforms incorporate traditional patterns found in artisanal glassware, ceramics and calligraphy with contemporary textures and details," the company said in a statement.

"While maintaining traditional elements of Turkish design and culture, our new uniforms are professional and stay true to a culture of hospitality, just like our airline," said Ilker Aycı, the airline's chairman.

"I wanted to bring elements from traditional calligraphy and mosaics together with the new interpretations of Turkish motifs, which emphasize modern lines, into foulards and ties to reflect a contrast and duality," Bilotta said.

Turkish Airlines, founded in 1933 with a fleet of five aircraft, currently has 325 aircraft, including passenger and cargo planes, and flies to more than 300 destinations in 122 countries.