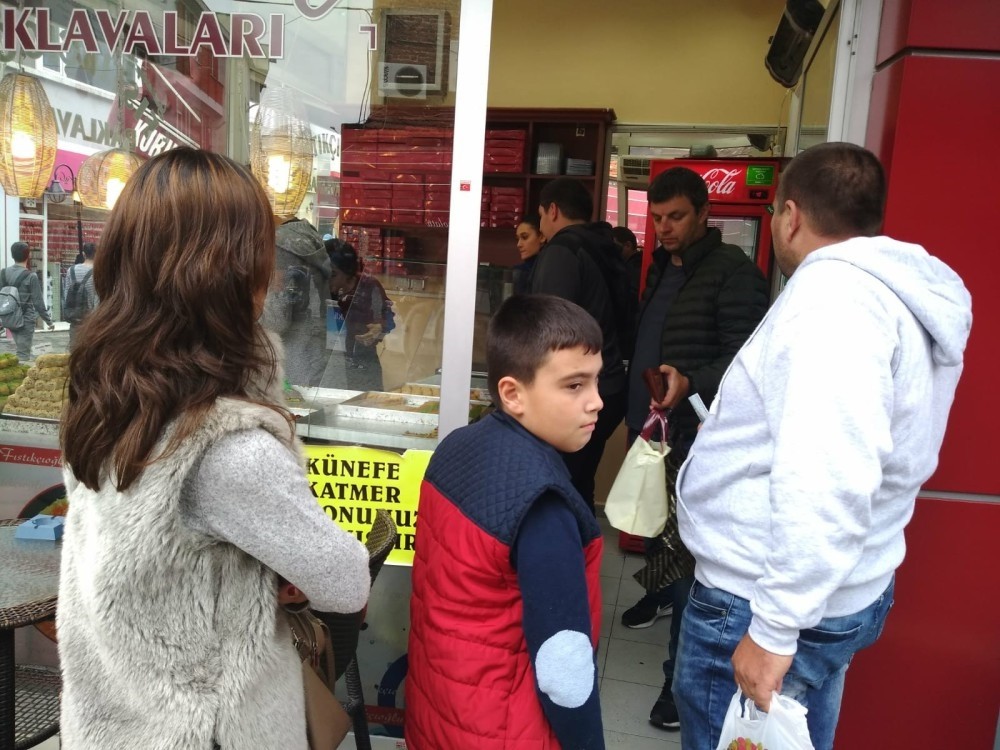 The recent volatility in exchange rates has boosted the Turkish retail and tourism sectors, with the industries enjoying the recent boom of foreigner tourists over the last couple of months. Turkey's northwestern province of Edirne, which neighbors Bulgaria, has seen an increase of interest by Bulgarians in Turkish baklava.

Bulgarian nationals, who come to Edirne for shopping, buy kilograms of baklava to sell in their country and Bulgarian citizens stand in long queues in front of baklava shops in the city.

Pointing to the depreciation in the Bulgarian currency, Baklava dealer Mehmet Kalkan stated that Bulgarians come to Edirne every weekend to buy baklava.

Kalkan also said that they like the walnut baklava the most. He stated that each Bulgarian customer buys around four to five packets of the sweet dish. "They even buy baklava in trays. I know they buy it to sell, as well as to eat," he said.

Explaining that 1 kilogram of baklava varies between TL 30 ($5) to TL 90, Kalkan said that the Bulgarians mostly prefer baklava priced at TL 60.

"We are happy with the sales. After all, we are making money," he added.