Amazon's $15 an hour a win? Not so, veteran workers say 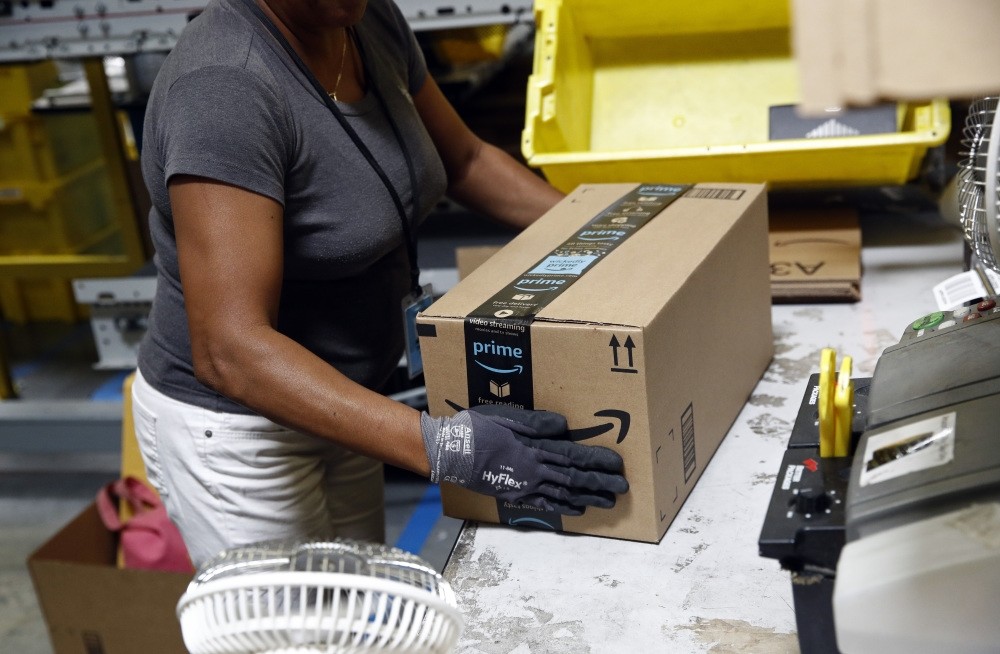 A worker applies tape on a package before shipment at an Amazon fulfillment center in Baltimore, Maryland.
by Associated Press
Oct 06, 2018 12:00 am

Those who already made $15 will get an extra dollar an hour when the change is made next month, but they will also lose two benefits they relied on: Monthly bonuses and a chance to own Amazon stock

Amazon's announcement that it would raise its hourly minimum wage to $15 has been seen as a win for workers. But some longtime employees say they are losing out. Those who already made $15 will get an extra dollar an hour when the change is made next month, but they will also lose two benefits they relied on: monthly bonuses that could top hundreds of dollars and a chance to own Amazon's sky-rocketing stock, currently worth nearly $2,000 a share. At least four longtime workers, who spoke to The Associated Press on condition of anonymity for fear they would be fired, said the $1 an hour raise would not make up for the lost benefits. The employees, all of whom work in different warehouses around the country, said the $15 minimum wage was great for new workers, but the math didn't work out for those who have worked at Amazon's warehouses for a few years.

"I feel hugely disrespected," said a worker at a warehouse in North East, Maryland. "The ones who are loyal should be rewarded for loyalty, not smacked in the face."

According to Amazon, the wage increase will benefit more than 350,000 workers, including full-time, part-time, temporary and seasonal positions, as well as those at its grocery chain Whole Foods. Economists said the move could put pressure on other large employers to raise wages. Amazon said in a statement that the changes mean "compensation will be more immediate and predictable." The Seattle company, which has more than 100 warehouses around the country, said "the significant increase in hourly cash wages more than compensates" the benefits that will be phased out. But others dispute that.

"They must have a different kind of calculator than us," said an employee at a Pennsylvania warehouse, who estimated she'll lose out on about $3,000 a year.

From January to September, she made about $150 a month in bonuses, which were tied to her attendance and productivity goals for the entire warehouse. But she earned an extra $400 a month in October, November and December, during the busy holiday shopping season when Amazon doubles the bonuses to motivate workers to show up on time and churn out packages quicker.

"They took away all the incentives to work super hard," she said, estimating that the $1 raise will give her about $160 extra a month. Amazon said its stock program, which typically gave workers one or two Amazon shares when they first started and then one a year, will be replaced with a method for workers to buy stock next year, but the company didn't provide details. Workers said managers at the warehouse also didn't know how it would work.

Thomas Kochan, a professor at MIT's Sloan Institute for Work and Employment Research, said taking away benefits from longtime workers can lead to higher turnover. He said Amazon needs to communicate to workers better if overall compensation is higher "or you're going to have morale problems."

Workers said warehouse managers who were tasked with telling them about the changes didn't seem to know the answer to some questions. Those that called an employee hotline seeking answers heard a prerecorded message: the employee resource center "does not have any additional information we can share with you at this time."