Former US energy sect. suspends role on Saudi Neom board amid Khashoggi probe 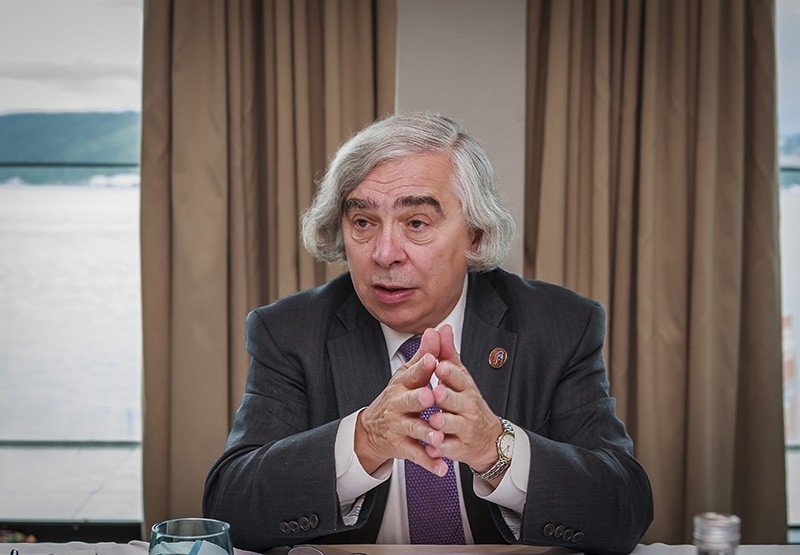 "Given current events, I am suspending my participation on the NEOM board," Moniz, who served under former President Barack Obama, said in a statement. He said his future involvement on the board "will depend on learning all the facts" about Khashoggi's disappearance.

The move by Moniz, first reported by Axios, was the first concrete repercussion for the kingdom over the disappearance by a current or former U.S. official. The $500 billion business and industrial NEOM project is the centerpiece of the kingdom's plan for a modern, dynamic Saudi Arabia.

Moniz was named on Tuesday as one of 18 people advising the $500 billion NEOM project. Saudi Crown Prince Mohammed Bin Salman said last week the NEOM business zone will build two to three towns each year starting in 2020 and be fully complete by 2025.

Moniz said in the statement his role on NEOM was to advise on cutting greenhouse gas emissions, and that success on the project would have global implications.

Salman revealed plans for the Neom city a year ago -- set to be an automated city of passenger drones and self-driving cars. It's one of the string of projects in Salman's Vision 2030 plan to reshape the economy by drawing more foreign investment, increasing tourism and selling a stake in state oil firm Aramco.

U.S. President Donald Trump increased pressure on Saudi Arabia to provide information on what happened to Saudi journalist Khashoggi saying he wanted to get to the bottom of the matter.

Khashoggi, a Washington Post contributor who has written columns critical of the Saudi crown prince, disappeared on Oct. 2 and was last seen entering the Saudi consulate in Istanbul where he went to pick up a document he needed for his planned marriage. Turkish sources have said they believe Khashoggi was killed inside the mission.