Turkey agrees to release more water to Iraq amid shortages 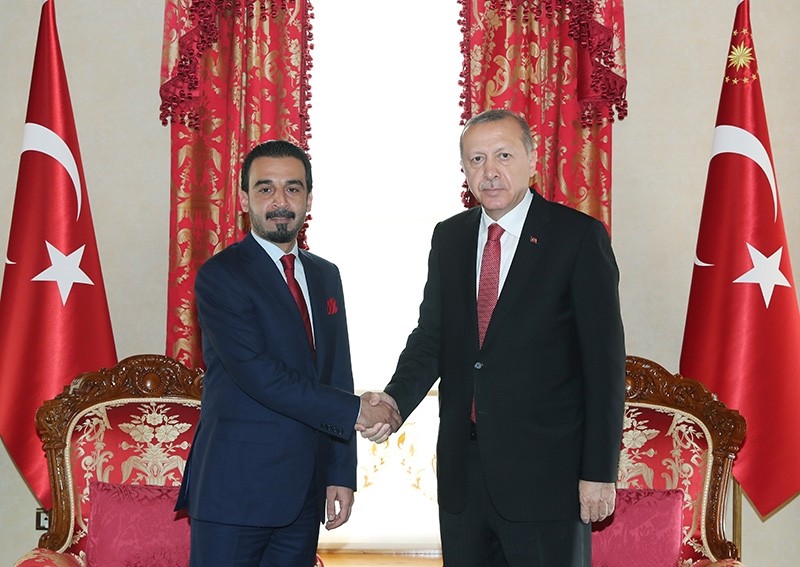 President Recep Tayyip Erdoğan has agreed to increase releases of water from a dam in southeastern Turkey to neighboring Iraq, which is struggling with a water crisis, the speaker of the Iraqi parliament said Wednesday.

Turkey depends on water from the Tigris river to fill a reservoir behind its Ilısu dam. Iraq has asked for a larger share of the river's flow amid shortages particularly in the southern province of Basra.

Speaker Mohammed al-Halbousi, who met Erdoğan in Turkey on Tuesday, said the president had agreed to an Iraqi request for more supplies. This was "in order to guarantee water reaches all of Iraq's provinces, especially Basra," Halbousi said in a statement.

Turkey temporarily stopped filling the reservoir in June but agreed with Iraq to resume doing so in July. Around 70 percent of Iraq's water supplies flow from neighboring countries, especially in the Tigris and Euphrates which run through Turkey.

Iraq's water shortages have led it to take measures such as bans on rice planting, and driven farmers to leave their land. Basra province has seen months of street protests over the lack of clean drinking water.

Turkish Foreign Minister Mevlüt Çavuşoğlu is due in Baghdad on Thursday.

Within the framework of the Joint Economic Commission protocol, Turkey and Iraq agreed to establish a joint committee for the negotiation of transboundary river basin of Tigris and Euphrates in 1980. This joint committee convened 16 times from 1982 to 1992 but the meetings halted due to the Gulf War.

From 1984 onward to 2009, Turkey, Syria and Iraq had negotiated the management of transboundary waters. In 1984, Turkey proposed a three-staged plan for optimal, equitable and reasonable utilization of the transboundary waters of the Euphrates-Tigris basin.

Yet, the plan was rejected by Syria and Iraq, who took a different approach to the basin area between the three countries. While Turkey considered the Euphrates-Tigris basin as a whole system, the two others wanted to categorize it as two separate basins during the negotiations after the establishment of Joint Technical Committee (JTC) in 1983.

After several bilateral and trilateral meetings and provisional agreements, Turkey inked a memorandum of understanding with Iraq and Syria in 2009. The agreement stipulated the monitoring of water resources, joint projects and protocols and fighting climate change while continuing the flow of water 500 cubic meters per second to both Syria and Iraq.