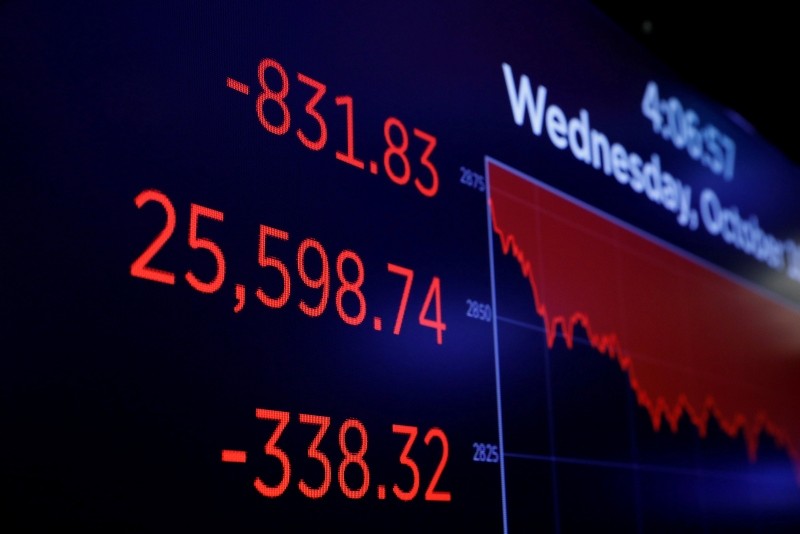 Final numbers for the Dow Jones industrial average are displayed after the close of trading on the floor of the New York Stock Exchange (NYSE) in Manhattan in New York, U.S., Oct. 10, 2018. (Reuters Photo)
by daily sabah
Oct 11, 2018 12:00 am

The world's 500 richest people lost $99 billion in one day due to the global stock market rout that started on Wall Street, a report said.

This year's second-sharpest one-day drop came Wednesday for the world's wealthiest, according to Bloomberg.

Amazon founder Jeff Bezos, who tops Bloomberg Billionaires Index, lost nearly $9.1 billion — the most in the list — lowering his net worth to $145.2 billion.

17 people saw their net worth cut by more than $1 billion as global losses spread equally across sectors.

The world's 67 wealthiest tech moguls' collective net worth slid by some $32.1 billion.

The U.S. was the country hit the hardest by the rout as American billionaires lost $54.5 billion.