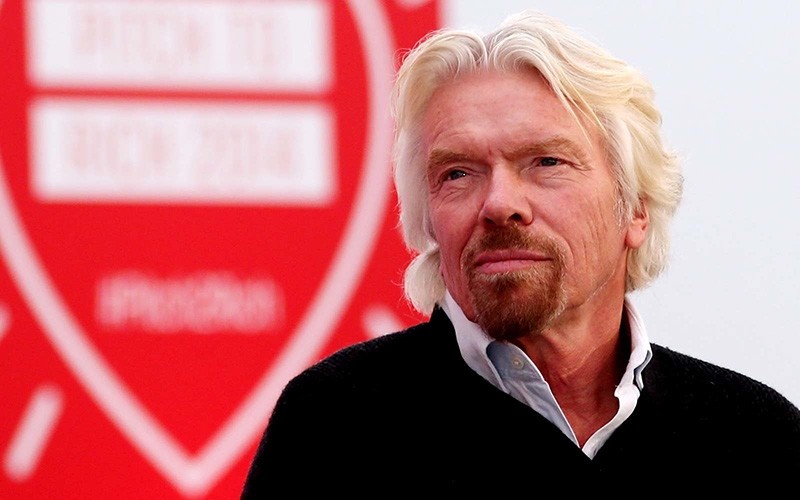 Sir Richard Branson hosts Pitch2Rich event at his home in Oxfordshire, where six entrepreneurs had the opportunity to 'Pitch to Rich' where they could win investment money and mentoring. (Getty Images)
by daily sabah
Oct 12, 2018 12:00 am

U.K. business magnate Richard Branson has put a pause on talks with the Saudi Arabia Sovereign Wealth Fund about a planned $1 billion investment in Virgin's space companies, amid an ongoing investigation into the disappearance and reported death of Saudi journalist Jamal Khashoggi, the Financial Times said Wednesday.

Khashoggi's case has prompted several business people and companies to reevaluate agreements with Saudi entities, but Branson is the biggest name to do so.

Branson told the Financial Times he had "high hopes" for Saudi Crown Prince Mohammed bin Salman's modernization reforms and had been "delighted' to take on two directorships related to tourism projects near the Red Sea.

However, he said reports on Khashoggi's murder, "if proved true, would clearly change the ability of any of us in the West to do business with the Saudi government."

He added that Virgin had asked Saudi authorities for information on the incident.

During a visit to the kingdom last October, Branson announced the Saudi Public Investment Fund had pledged to invest $1 billion in his U.S.-based space companies Virgin Galactic and Virgin Orbit.

Khashoggi, a Washington Post contributor who has written columns critical of Saudi Crown Prince Mohammed bin Salman, disappeared on Oct. 2 and was last seen entering the Saudi consulate in Istanbul where he went to pick up a document he needed for his planned marriage. Turkish sources have said they believe Khashoggi was killed inside the mission.