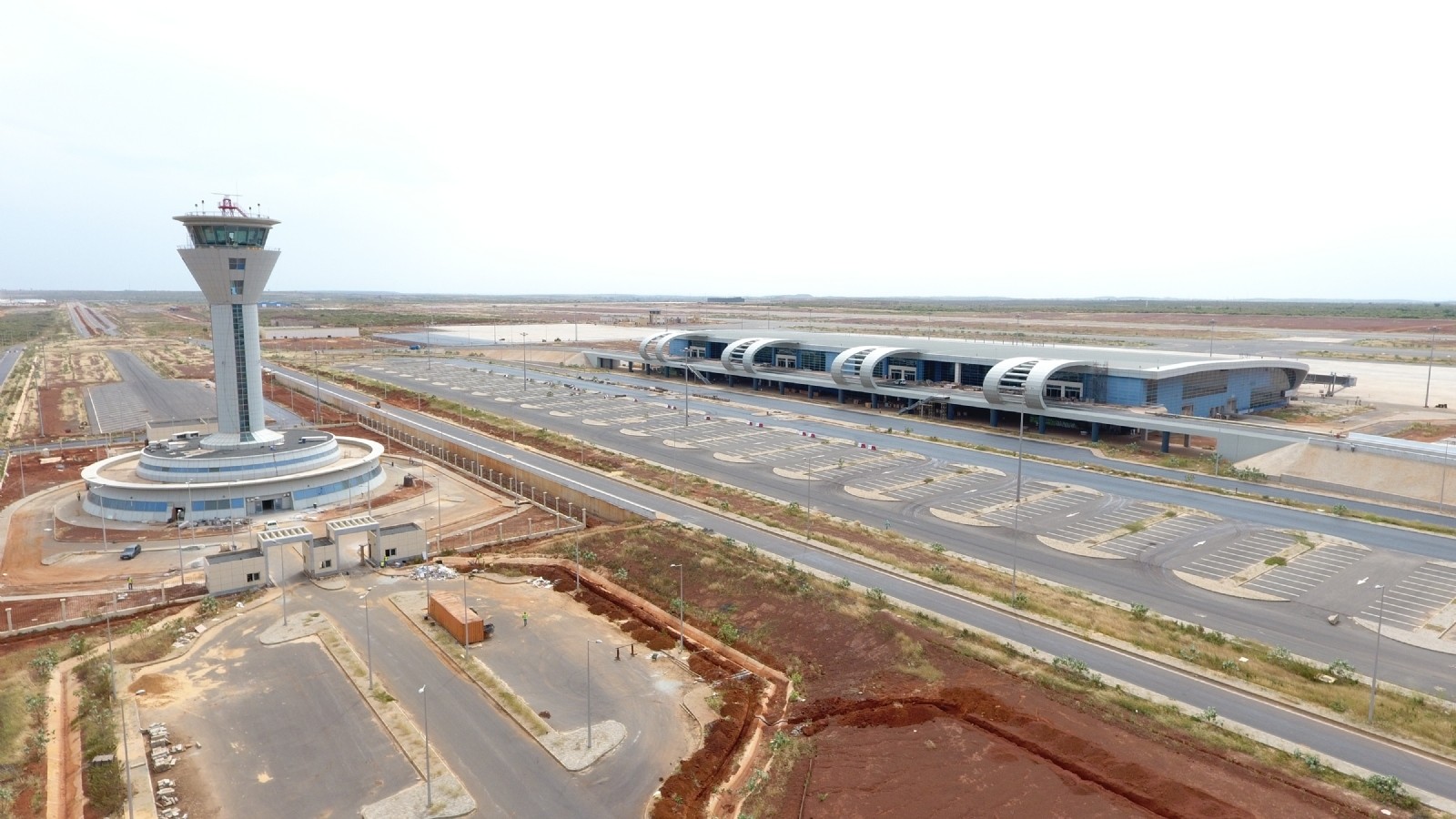 Turkish contractors Limak and Summa constructed the Au00e9roport International Blaise-Diagne Airport in Senegalu2019s capital Dakar with a 575-million-euro investment.
by Daily Sabah with AA
Oct 12, 2018 12:00 am

Contracting companies from Turkey have actualized a number of infrastructure projects in the African continent in the last four years such as highways, railways, ports and bridges, which amounted to $15 billion

Turkish contractors that started their work overseas in Libya have made a name for themselves with large projects undertaken in Africa in recent years.

These contractors have achieved great success in Africa by building railways, highways, ports, bridges and tunnels and completing projects amounting to $15 billion over the past four years.

According to data from the Turkish Contractors Association (TMB), Turkish contracting services actualized 76 projects amounting to $5 billion in African countries in 2015. Although the figure dropped to $2.1 billion in 2016 due to regional developments, it rose again in 2017, reaching $5 billion.

The companies undertook 17 projects worth $1.7 billion in Africa in the first nine months of this year.

TMB Chairman Mithat Yenigün said the Turkish contracting industry expanded overseas for the first time with projects in Libya in 1972.

Indicating that they have worked in 120 countries so far, Yenigün said they have achieved turnover of about $370 billion and implemented 9,400 projects in 46 years.

Underlining that the performance of Turkish building contractors increases every day, he said: "Confidence in us is rising, too. We embarked on a quest for new markets after the Russian, Iraqi and Libyan markets that we dominate."

Stressing that there is a huge potential in sub-Saharan Africa, Yenigün said that these countries lack funding power however. "We nevertheless see that we are starting to make progress there by doing business with European companies. Our new goal is to work with Europeans in Africa and third markets," he added.

Emre Aykar, former chairman of the Confederation of International Contractors' Associations, noted that Turkish contractors signed contracts worth $25 billion abroad annually from 2005 to 2015. Indicating that Iraq, Libya and Russia constitute 36 percent of this amount, Aykar said: "The annual volume of $25 billion has now declined to $12-14 billion. Thus, we are looking for new markets. Turkish building contractors have started to undertake big projects in Africa in the past three years. I think that the gap in the Libyan, Iraqi and Russian markets will be compensated for in the coming years."

Emphasizing that no one can prevent Turkish building contractors, Aykar said that they will target South America after Africa. "To live, contribute to our national economy and maintain employment, we will go to work there," he said.

Summa Chairman and TMB Deputy Chairman Selim Bora said that everyone eyes Africa because it has important opportunities and competition.

According to Bora, Africans who don't have the opportunity to work with Turkish companies are amazed at the projects and performances of Turkish contractors.

Bora noted that major work has been done and continues to be done with the support of Turkish Eximbank and said: "Turkish contractors stand out for their courage among other companies. Our experience adapting to instant changes in our region puts us at the forefront in Africa. In addition, since we are able to reach 58 countries with a four-hour flight, we have a great logistical advantage. Our manufacturing industry also has a praiseworthy performance."