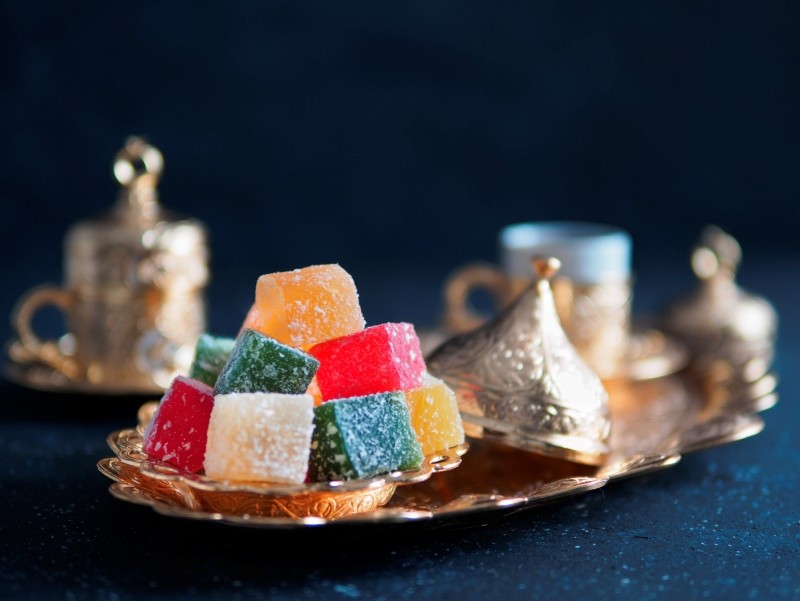 Turkey's traditional sweet, lokum, has become a big part of British society after local company Truede began to sell it to stores across the U.K. and many other countries.

Zeynep Turudi, the owner of Truede, told Anadolu Agency that the company sells lokum — known as "Turkish delight" worldwide — in stores across the U.K. and exports to 15 countries, including the U.S., Canada, Australia, United Arab Emirates, Qatar, Germany and France.

Turkey exported $15.8 million worth of Turkish delight in the first eight months of this year, according to the Turkish Statistical Institute (TurkStat).

The U.K. was the top export market for Turkish delight, with more than 520 tons for $1.57 million.

"Today, our products are sold in many markets in the U.K., and our lokum meets consumers at the world famous British Museum in London," Turudi said.

Turudi, who grew up in London and studied computer science engineering, turned to the Turkish delight sector while she was planning to import technology products from Japan to the U.K..

"I saw there was a gap in the [British] market for authentic and natural Turkish lokum that was made from corn starch instead of gelatine. And so I introduced it," Turudi said.

She spent nearly two years doing market research to find the right manufacturer that would appeal to British tastes, Turudi said and added:

"Brits know Turkish delight and give it as a Christmas gift. They love different flavors and varieties, they mostly prefer rose flavor," she said.

Turudi said they use natural ingredients, including rose petals from the Turkey's southern province of Isparta — which is famous for its roses.

"Our products are located in the natural products department in stores. Consumers buy it without hesitation because our colors and aromas are all made from natural ingredients," Turudi said.

She noted that she does not only sell the Turkish delights in British stores, but also aims to draw attention to the Turkish culture motifs, such as ebru art (paper marbling), Iznik patterns on the packaging.

Turudi said the brand has also gone worldwide and she was invited to attend the International Visitor Leadership Program for entrepreneurs to represent the U.K. upon invitation of former U.S. President Barack Obama's along representatives of 33 other countries.