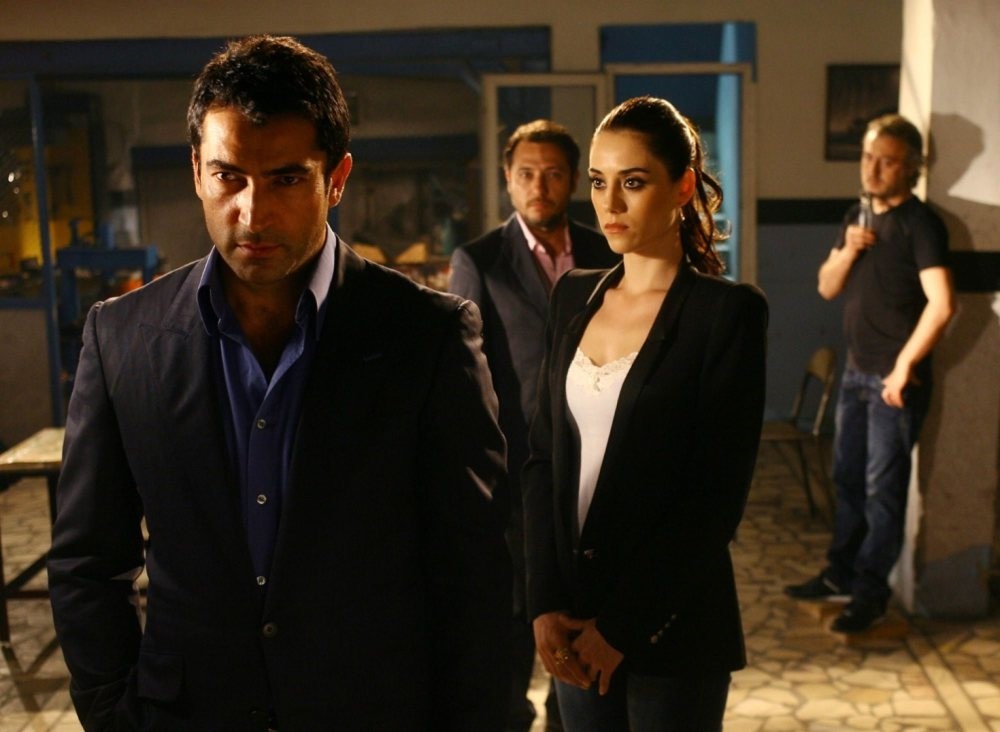 Turkish TV series are set to receive a new financial support from the Culture and Tourism Ministry, which is looking to help domestic or joint series that will contribute to the promotion of Turkey if published abroad

The Culture and Tourism Ministry is preparing a new support mechanism for Turkish TV series, which have seen phenomenal global success in recent years.

The Ministry is drawing up a Cinema Law to support TV series that are exported to more than 150 countries and ranks second, right after the U.S., with over $350 million in annual revenue and more than 500 million viewers worldwide.

With the new law, incentives will be introduced for exported Turkish TV series. It is expected to be brought up at the Grand National Assembly of Turkey (TBMM) soon.

The current regulation, which supports only films, will be amended to also provide financial support to domestic or joint productions that can contribute to Turkey's promotion abroad.

The draft law also envisions a reimbursement of up to 30 percent of the amount spent in Turkey on foreign cinema films and series to be shot in Turkey partially or with the entire content in order to make Turkey a "film shooting center."

OVER 500 MILLION PEOPLE AROUND THE WORLD WATCH TURKISH SERIES

According to the ministry, more than 100 Turkish series have been exported to over 150 countries in recent years. With more than $350 million in export revenue, Turkish series is ranked second after the U.S. and are watched with great interest by over 500 million people.

With the support of the ministry for the promotion of the series, relevant parties will attend two of the most important TV series and content fairs in the world, "MIP TV and MIPCOM," which kicked off on in Cannes, France on Monday, as well as "ATF - Asia TV Forum & Market," one of the most important events of Asia.

At MIPCOM, Turkish TV series and productions are currently being showcased to some 5,000 buyers from 110 countries. A trade delegation from the Istanbul Chamber of Commerce (İTO), with the support of the Trade Ministry, will attend MIPCOM. The delegation includes 45 representatives from 30 distribution and production companies operating in the sector.

In addition, Turkey's stands in the world's most important film festivals such as Cannes, Berlin and Toronto will promote Turkish cinema films and TV series.

Turkish TV series are currently exported to countries in Middle East, North Africa, Eastern Europe, Western Europe, Asia, the U.S. and Latin America. Until now, the most exported series are "Adını Feriha Koydum," "Gümüş," "Fatmagül'ün Suçu Ne," "Ezel" and "Kara Sevda." Burhan Gün, a lawyer for the Television and Cinema Producers Professional Association (TESİYAP), said that the efforts and endeavor of the producers, scriptwriters, directors, actors and technical teams lie behind the success of the series.

"This is just the beginning for us. Every day we will continue to produce new and original projects. Our series can be exported to the whole world with sufficient resources," Gül said. "Thanks to our technical equipment, manpower, qualified human resources, and natural shooting areas, we can easily produce great content."

Touching on the contributions of TV series to the promotion of Turkey, he said that although Turkish cinema films have achieved considerable success in the festivals, they have not been as widespread in the international market as compared to the TV series in terms of exports.

"It is very important for cinemas to achieve a success similar to that of our TV series. It would be appropriate to support private and public ventures in this regard," he added.

Gün noted that the regulation on the new Cinema Law, which is expected to be presented to the Assembly, is supported by all components of the movie sector.

He noted that they submitted their support to the General Directorate of Cinema in writing. "We make much of the new Cinema Law," Gün continued. "Many problems that tie our hands in the international arena and prevent us from taking initiatives will be eliminated and the cinema sector will be revived as a whole. Diversification and reproduction of film production support in particular and encouraging international co-productions or foreigners to shoot in our country will develop and expand our sector."

He suggested that in order to enhance the success of cinema films and TV series in the international arena, the legal obstacles in front of the creative, different and original works should be removed.

"For us, content is either TV series or movies. In order for content to be made freely, it would be appropriate to remove the regulations with prohibitory or criminal sanctions in the law, and to limit these regulations to the protection of children and young people only," he said.