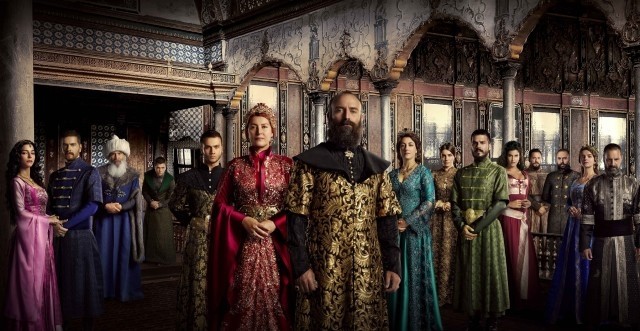 Exporting to 26 countries with his classic furniture brand named after himself, Turkish tradesman Adnan Bostan increased his sales abroad with the Turkish TV series "Magnificent Century" and "Kösem Sultan."

Bostan, the leading manufacturer of classic furniture for palaces, hotels, restaurants and villas in 26 countries, employs 175 people on 10,000 square meters of space in Istanbul.

Bostan was in charge of the furniture division of his family business for 10 years. In 2011, he decided to start his own company. With classic furniture becoming a growing trend in the world, he established his own brand. He also started to manufacture classic furniture for restaurants and hotels. Then he prepared some products for the Turkish TV series "Magnificent Century" that swept the country, and then he sponsored another period drama "Kösem Sultan." That was the breaking point for the brand. As Turkish TV series were breaking rating records worldwide, Bostan started to work on many big projects abroad.

Noting that TV series and the film industry create great opportunities for Turkish companies, Bostan said that they are currently exporting to 26 countries. "I gained experience in the furniture sector for many years with the family business. I did not think of doing anything different, but I was dreaming of doing something unique in the furniture sector. First, I produced furniture for restaurants and hotels. The furniture here must consist of both durable and classic products," he said. "We sold products to boutique hotels especially in many countries in Europe. Then from the United Arab Emirates [UAE] to Kazakhstan, from Turkmenistan to Germany, we began to receive private villa and palace demands from many countries. In the meantime, we started to prepare products for TV series and we grew our business rapidly."

Bostan stressed that the company's turnover in 2018 will exceed TL 20 million ($3.45 million), adding they expect at least 10 percent growth in 2019. Bostan said they manufacture on a closed area of 10,000 square meters in Istanbul and employ 175 people and that they also have new investment plans in the coming period, looking toward exports as their main target.

"We sell products to museums abroad. We are also carrying out restoration works. We have restored historic buildings in countries such as Ukraine and Russia. We opened an office in the United States. Our goal now is to get into the Hollywood stars' villas in Los Angeles. The Turkish furniture industry is a rising star with $3 billion in exports," Bostan said, highlighting that Ottoman chairs are some of the most admired products at the exhibitions they attend.

"These armchairs attracted great attention especially in the U.S. and Europe. Wherever we opened a stand, we became the favorite of interior designers," Bostan said.

"Now we have begun to sell these Ottoman chairs online. Our biggest feature is that we can make products according to request, meaning that we have no standard products. We can make eagle-shaped armchairs in Kazakhstan, or even a special Ottoman dog bed for Americans."