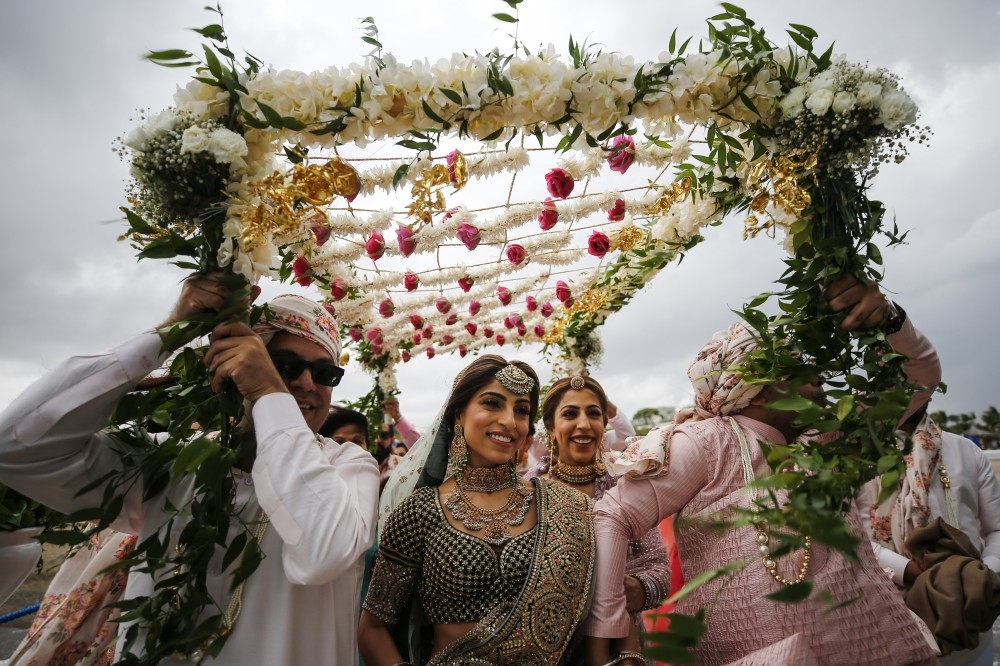 Arjun Arora, the son of the Arora family that operates in the mining sector in Delhi, India, chose to marry Sukriti Grover in Antalya. About 600 guests from India and various countries attended the lavish wedding, which was held in accordance with Hindu traditions at a five-star hotel in Antalya's Belek tourism region.

The four-day wedding started with a "welcome" party, followed by "hi tea" and the dance of the bride and groom families on the second day and Mehndi ceremony on the third day during, in which professional artists applied henna to the hands of the women.

On the morning of the fourth day, a white carpet was laid on the coastal road where a religious ceremony was held. The groom came to the ceremony on a horse, while the bride arrived in a pink roadster. In addition to the festivities and dances, the event ended with a wedding reception in the evening.

In addition, a team of 50 people came from India for makeup, hair, photography, stage and decor designs. A team of 200 people from Turkey also provided their services for the event.

Özpak noted that wedding traditions are given great importance in India, and that serious amounts are spent for the multiday ceremonies, stressing that an average of 1 million weddings are organized in India per year, while about 10,000 of this are held abroad.

"In India, approximately $40-45 billion per year is spent on overseas weddings alone, which forms a worldwide sector. Turkey has serious potential in this regard. We are trying to increase our share in this market," Özpak added.