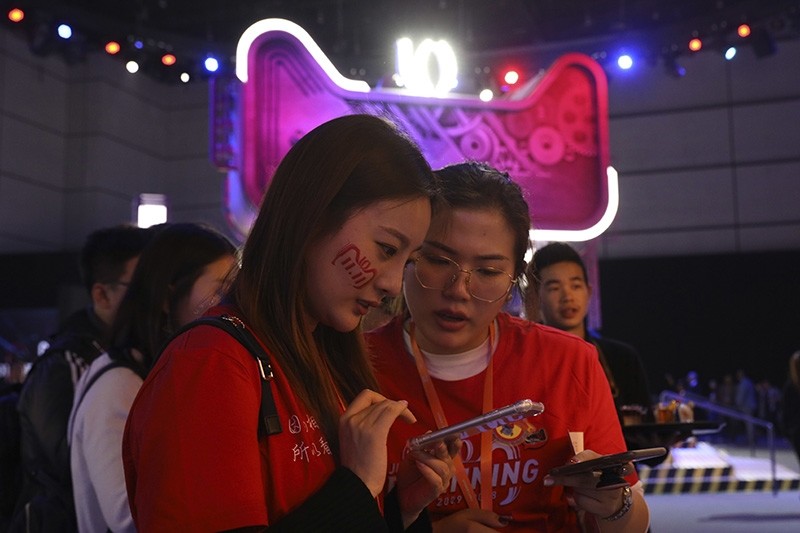 China is observing the biggest shopping event of the year on Sunday – Singles' Day – a day dominated by e-commerce giant Alibaba Group Holding Ltd which saw $25 billion worth of goods sold on its platforms alone in the 24-hour period last year.

Akin to Black Friday and Cyber Monday in the United States, "Singles' Day" has become something of a litmus test for the strength of Chinese consumption, which is coming under pressure amid rising trade Sino-U.S. tensions and a wider economic slowdown.

Companies in China are already seeing the effect of rising caution among the country's shoppers. Car sales are down sharply this year, box office receipts have slowed and brands are facing pressure to roll out discounts to prop up sales.

Alibaba itself lowered its full-year sales forecast earlier this month due to concerns about the trade spat, while the firm's core commerce business saw its slowest quarterly sales growth since 2016.

As such, China's leaders in Beijing, global firms targeting the market and e-commerce giants like Alibaba and major rival JD.com Inc. are all paying close attention to Singles' Day for wider signs of consumer strength.

The focus on Singles' Day will be Alibaba's final transaction number, which comes out just after midnight following a frenzied day of deal hunting for shoppers and brands looking to bolster their sales.

Most analysts said the number will rise, but the speed of growth will temper. The value of transactions, which includes pre-orders made weeks ahead of the event, rose 40 percent last year from the year earlier.

"It's definitely one of the barometers of consumer confidence," said Jason Yu, Shanghai-based General Manager of market researcher Kantar Worldpanel, adding Beijing policymakers would be keeping a watchful eye.

For many brands "this is probably the single biggest sales contributor for the entire year," he said.

China's shoppers, on a tear in 2017, have been spooked this year by falling stock markets, a protracted trade war with the United States and wider economic malaise.

A range of consumer indexes, including from the Organisation for Economic Co-operation and Development (OECD) and brokerage Jefferies, have shown a drop off in confidence this year as credit conditions and trade tensions have hardened.

China's box office dropped almost 30 percent in October, its steepest fall in over two years, according to data from domestic industry tracker EntGroup. That was also a third straight month of declining sales versus 2017.

"There also wasn't really that much worth watching."

China's auto market, the world's largest, posted its steepest monthly fall in seven years in September and is widely expected to announce another drop for last month. The market is at risk of shrinking this year for the first time in decades.

Under pressure, dealers are slashing prices to drum up sales with increasingly cost-conscious consumers and are pushing the government to roll out support measures.

iPhone maker Apple Inc and South Korea's Samsung Electronics Co Ltd are grappling with a prolonged slump in smartphone shipments in China, which are down over 10 percent so far this year, according to research firm IDC.

The market is a key battle ground for Apple, though it is facing rising competition from local rivals such as Vivo, OPPO and Huawei Technologies Co Ltd.