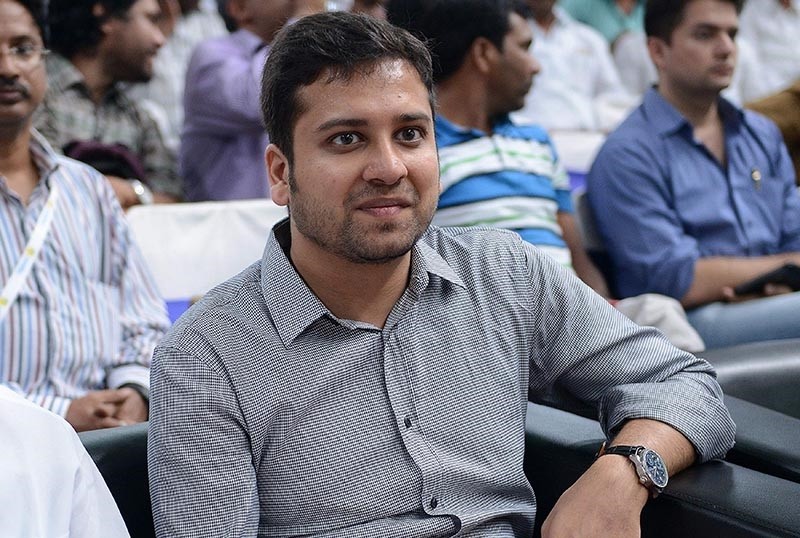 In this file photo taken on Oct. 30, 2015, Binny Bansal, co-founder of Flipkart, attends the launch of a Flipkart fulfillment center on the outskirts of Hyderabad. (AFP Photo)
by Compiled from Wire Services Nov 13, 2018 12:00 am

The co-founder of Flipkart, the massive online retail operation in India acquired by Walmart this year, has stepped down as CEO following an allegation of serious personal misconduct.

Binny Bansal, 37 and one of the most high profile of India's new generation of young, tech-savvy billionaires, has strongly denied the allegations, said Walmart, which purchased a $16 billion controlling stake in Flipkart Group in May, the largest single investment in its history.

"While the investigation did not find evidence to corroborate the complainant's assertions against Binny, it did reveal other lapses in judgment, particularly a lack of transparency, related to how Binny responded to the situation," the company said.

"Because of this, we have accepted his decision to resign," it added.

Kalyan Krishnamurthy, who heads the company's main Flipkart e-commerce operation, would now act as chief executive for a broader group of businesses including apparel websites Myntra and Jabong, the company said.

Binny Bansal and Sachin Bansal —who are not related — founded Flipkart, India's largest online retailer, in 2007. Sachin Bansal left the company when the deal with Walmart was sealed.

Walmart said Binny Bansal had been contemplating a transition for some time and that the companies had been working together on a succession plan, which had now been accelerated.

"This certainly is a hiccup," said Harish Bijoor, an industry consultant based in Bengaluru.

"(It) raises the question of what plans are ahead for Flipkart. The path the company will take will have a trajectory which is controlled by new investors."

The U.S. big box retailer has said already that it may float Flipkart publicly within the next four years.

Walmart believes India, which has more than 1 billion people, could be among the world's top five e-commerce markets within the next five years. Flipkart appeals to its customers for numerous reasons, including its various payment options. The company focused early on mobile phones, and in 2016 became the first app in India to reach 50 million users.

Retailers based outside of India, including Walmart, have faced years of political resistance to opening outlets in the country, where mom-and-pop store owners wield enormous influence. Prior to Flipkart, Walmart's business in India was focused only on selling items directly to small businesses though its Best Price stores.