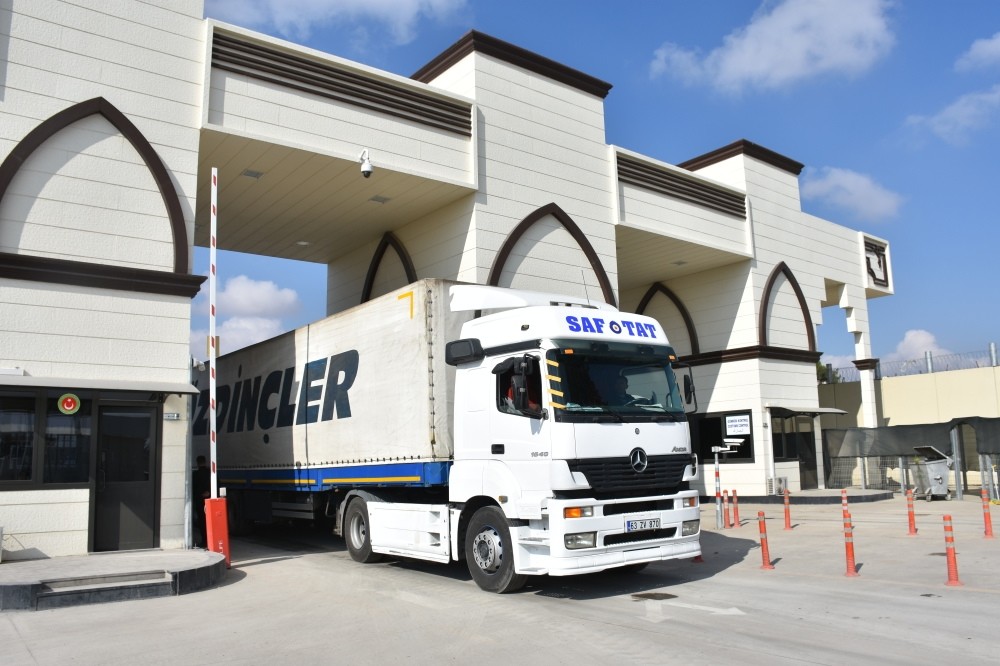 After years of fluctuation Turkey's exports to war-stricken Syria are finally on a rising trend. The southeastern trade center Gaziantep has accounted for nearly half of Turkish exports to Syria in the first 10 months of this year

Gaziantep, one of Turkey's most significant industry and commerce centers, has seen a 22 percent increase in exports to Syria via the Southeast Anatolian Project (GAP) Customs and Trade Regional Administration. The exports of the southeastern province to its border country Syria hit $560 million in the period of January to October this year, accounting for nearly half of Turkey's exports to the country.

A civil war in Syria broke out in 2011 and turned into a war with the involvement of international actors. This has impaired the country's trade with Turkey. The value of Turkish exports to Syria exceeded $2 billion in 2009, but after the war, Turkey's sales to the war-torn country fell to $1.8 billion and $1.5 billion in 2010 and 2011, respectively. With a drastic drop, exports to Syria were recorded at $504 million in 2012.

Following a fluctuating course over the years, Turkey's exports to Syria totaled to $1.3 billion in 2016 and $1.4 billion in 2017. In the period of January to October, the sales to the neighbor Syria accumulated to $1.04 billion, with a 14.8 percent rise compared to the same period of last year.

The Trade Ministry has launched initiatives to revive trade in regions cleared of terror groups with Operation Euphrates Shield and Operation Olive Branch and to facilitate the transition of Syrian citizens. As part of those initiatives, the capacities at the Karkamış, Çobanbey, and Öncüpınar customs gates increased. Upgrading the Karkamış gate to an A class customs administration and launching operations at the modernized gate in December 2017 boosted Gaziantep's exports to Syria. Some 40 percent of Gaziantep's exports amounting to $560 million in January to October period was facilitated through the Karkamış gate.

The practice of one-stop service, which started being implemented in Turkey for the first time in Gaziantep, means vehicles carrying goods went under customs procedures with an easier process, preventing long truck lines at the border and expediting the customs processes.

According to the data compiled from the GAP Customs and Trade Regional Administration, 150 trucks per day entered and exited at the Karkamış Customs Gate. During the period of January 2017 to October 2018, 75,000 trucks carried goods to Syria passing through Karkamış, which enable Syrian businesspeople to reach third countries. The Gaziantep Governor's office eases the border gate transitions with special documents until Jarablus, a Syrian region neighboring the Karkamış district of Gaziantep, for Turkish businesspeople exporting goods to Syria. The businesspeople of Gaziantep play a vital role in meeting needs for the reconstruction of many cities like Jarablus, al-Rai, al-Bab and Azaz. The businesspeople engaging in trade with Syria via the GAP Customs and Trade Regional Administration send construction materials, textile products and food to Syria via the Karkamış, Çobanbey, Öncüpınar and Cilvegözü border gates.