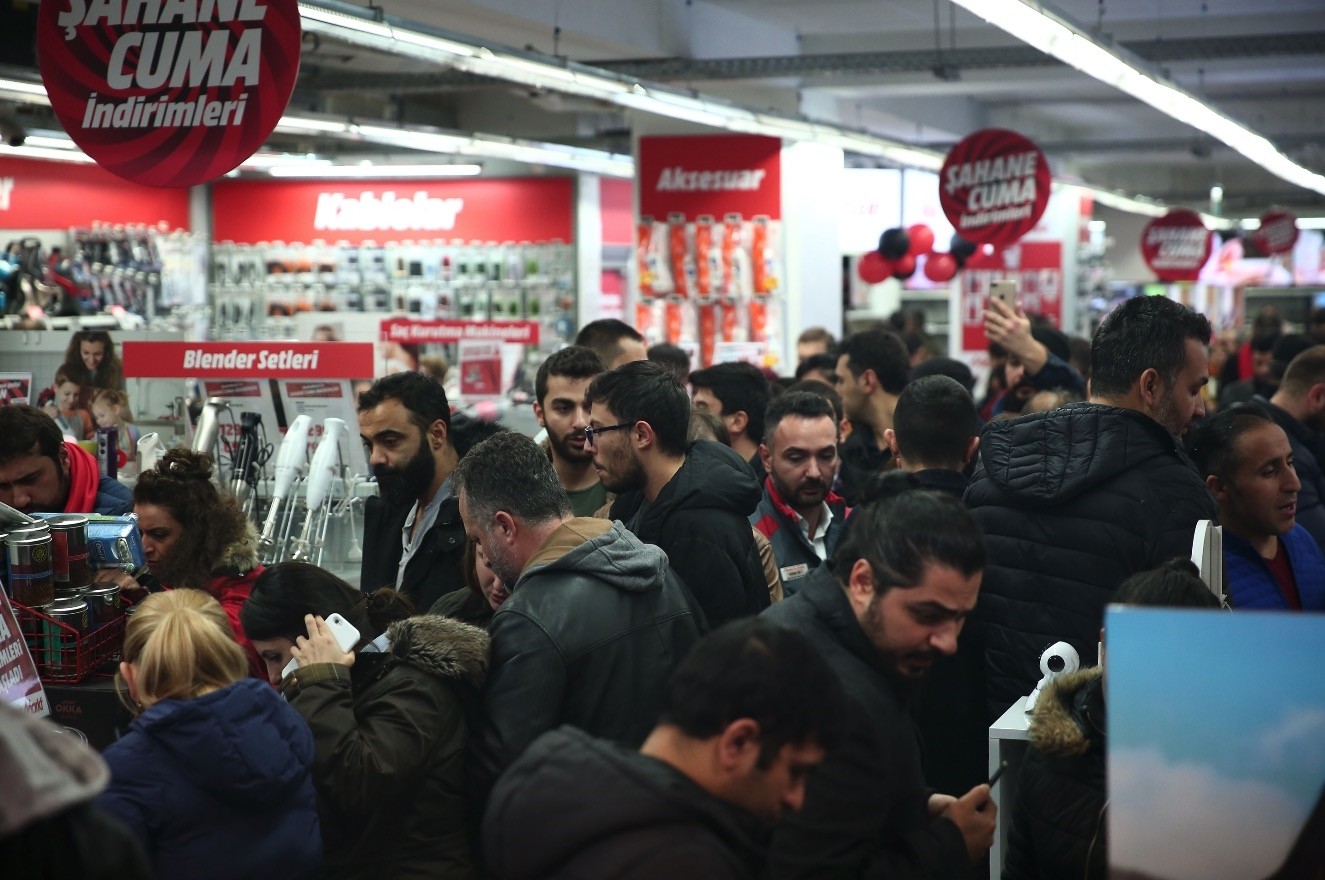 Turkish retailers experienced a boom in their sales during the Black Friday shopping frenzy, with many of them hitting all-time single-day sales highs and reaching the highest turnover in their campaign history

One of the leading e-commerce sites in Turkey, Gittigidiyor.com, reached the highest single-day sales figure since its establishment in 2001, doubling sales compared to the previous year, according to its Commercial Director Bülent Elçin.

"In the first two hours between 12 a.m. and 2 a.m., there was never-seen-before traffic, followed by all-time records," Elçin told Sabah, the sister newspaper of Daily Sabah. "Some opportunity products ran out in 30 minutes. Our sales figures reached 15 times the previous week's average in the first half of the day," Elçin added.

The winners of the discount event were white goods and electronics. Turkish technology chain store Teknosa General Manager Bülent Gürcan said they reached five times more turnover in stores than on a regular Friday, adding that they would continue the same campaigns. He also indicated that telephone, TV and vacuum cleaners took the lead in turnover.

Customers in Turkey increased their card spending during Black Friday last year by 30 percent, while their online purchases skyrocketed by 114 percent, according to a report in Turkish daily Hürriyet.

Pantyhose seller Penti Chairman Sami Kariyo, on the other hand, said women showed great interest in their discounts applied under "Pink Friday." Underlining that queues formed in front of Penti stores, Kariyo said they applied a 40 percent discount on all products and increased their sales by over 30 percent compared to the same day last year. "We were all in the stores as the whole team. We did not even have time to drink water," Kariyo said.

Sinan Öncel, the chairman of the United Brands Association (BMD), the representative of apparel brands, noted that sales in stores increased by at least 50 percent, while there were some brands that doubled their sales on a daily basis. Explaining that sales expectations surged with discounts extended till the end of the week, Öncel said that such activities were positively reflected in the market.

In the U.S., Black Friday was expected to be the busiest shopping day of the year and analysts said sales should be even higher than a year ago.

Early numbers show overall retail sales, both in stores and online, were in line with expectations, according to Mastercard's SpendingPulse retail report. The firm said it was expecting overall Black Friday sales to top $23 billion this year, up from $21 billion last year

The National Retail Federation - the largest retail trade group in the U.S. - forecast that U.S. holiday retail sales in November and December will increase between 4.3 and 4.8 percent over 2017 for a total of $717.45 billion to $720.89 billion. That compares with an average annual increase of 3.9 percent over the past five years.