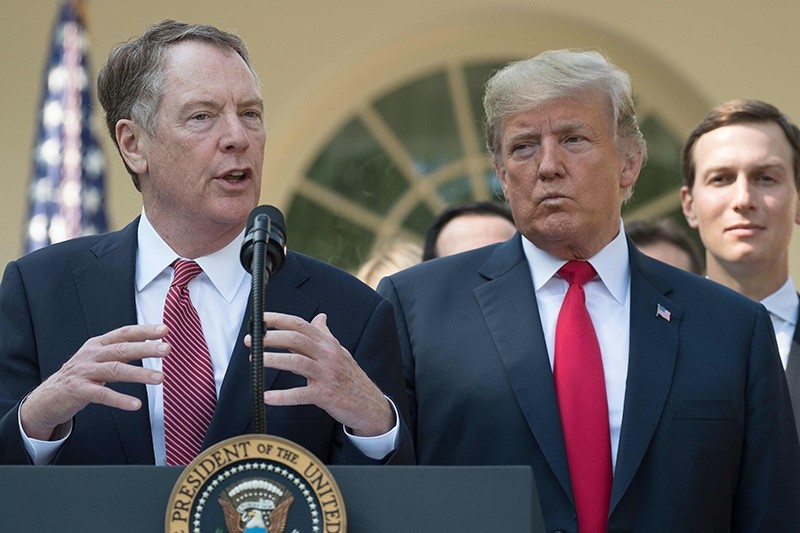 U.S. Trade Representative Robert Lighthizer said on Sunday he considers March 1 "a hard deadline" to reach a deal on trade with China, and that new tariffs will be imposed otherwise.

"As far as I am concerned it is a hard deadline. When I talk to the president of the United States he is not talking about going beyond March," Lighthizer said on the CBS show "Face the Nation," referring to President Donald Trump's recent decision to delay tariff imposition until March 1 while talks proceed.

"The way this is set up is that at the end of 90 days, these tariffs will be raised," said Lighthizer, appearing to tamp down expectations that the negotiation period could be extended.

Lighthizer has been tapped to lead the talks, which were announced last week at the end of a meeting between Trump and Chinese President Xi Jinping at the G-20 meeting in Argentina.

Lighthizer also said that he did not expect the arrest in Canada of a top Chinese executive, Meng Wanzhou of telecom giant Huawei, to interfere with the trade talks.

"It shouldn't really have much of an impact," he said. "I can understand from the Chinese perspective how they would see it that way. That is a criminal justice matter. It is totally separate from anything that I work on."

China has strongly protested the arrest and the U.S. demand that Meng be extradited over allegations that Huawei has violated U.S. sanctions against Iran.

The arrest shook investors and rattled the markets amid fears it could reignite U.S.-Chinese trade tensions just as a new truce had been declared.

Since taking office, Trump has waged an often-fierce offensive against Chinese trade practices, which he regularly brands as "unfair."

He has particularly denounced the forced transfer of technology to China by foreign firms seeking to do business there, as well as the country's weak protections of intellectual property rights.

At the end of a dinner in Buenos Aires on the margins of the recent G20 summit there, Trump and Chinese leader Xi Jinping said they had agreed to put on hold the months-long trade war that has resulted in billions of dollars in tariffs being imposed on imported goods.

Washington gave Beijing a deadline of March 1 to achieve concrete results and suspend the imposition of 25 percent customs tariffs -- rather than the current 10 percent -- on $200 billion in imported Chinese products.

In exchange, the Chinese agreed, somewhat vaguely, to purchase more American products and to work to reduce the enormous trade gap (around $335 billion in China's favor) that so irritates the U.S. president.

It was Lighthizer, a veteran of complex trade negotiations and a hawk on trade issues with China, who was tabbed to lead the American team in the talks.

His remarks Sunday appeared to bring clarity after mixed signals from the administration, including a suggestion from Trump about possibly extending the truce.

"The negotiations with China have already started," Trump said in a Twitter message Tuesday. "Unless extended, they will end 90 days from the date of our wonderful and very warm dinner with President Xi in Argentina."