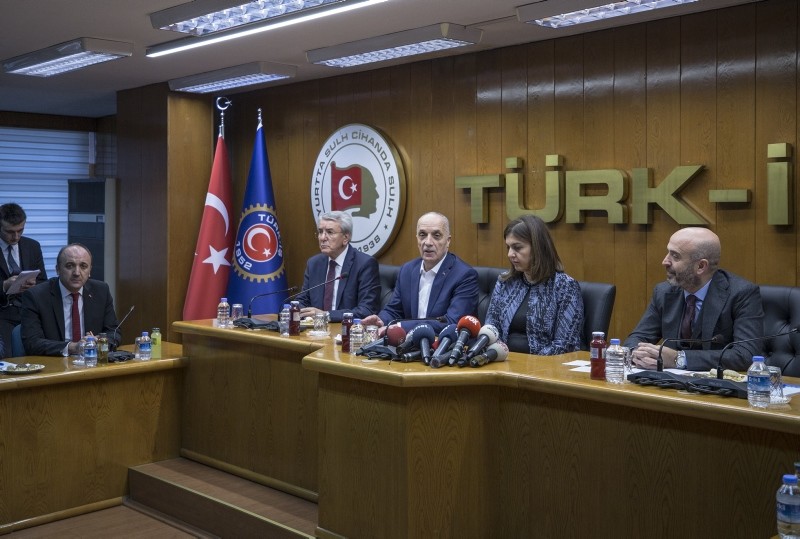 The Turkish Statistical Institute (TurkStat) revealed its calculation for the minimum wage, which is important for setting the basis for bargaining between the government, trade unions and employer unions at the Minimum Wage Determination Commission meetings.

The current minimum wage is TL 1,603 as net pay, which was increased 14.2 percent year-on-year. Some 7 million workers are estimated to work on minimum wage out of a workforce of 29.63 million.

The meeting, which was housed by the worker side Confederation of Turkish Trade Unions (Türk-Iş), the biggest trade union in the country, was chaired by the Labor General Director Nurcan Önder. The Family, Labor and Social Services Minister Zehra Zümrüt Selçuk previously stated that one of the most important priorities is to increase employment in 2019 while keeping minimum wage in line with the economic conditions, which have been challenging for both parties in 2018. The unemployment rate as of September 2018 stands at 11.4 percent.

Türk-Iş General Education Secretary Nazmi Irgat said that the TurkStat's finding is TL 170 lower than the findings of their experts, and called on other parties to take the prosperity share into account.

Treasury and Finance Minister Berat Albayrak previously said that strong recovery has begun in inflation and the decreasing trend will continue. However, projections by economists show that inflation will continue to remain near the 20-percent level at least for the first half of 2019, making the ongoing minimum wage talks more crucial for the workforce.

The left-wing Confederation of Progressive Trade Unions (DİSK) demanded the minimum wage to be increased to TL 2,800. The conservative Confederation of Turkish Real Trade Unions (Hak-Iş) has not disclosed an exact number, but Hak-Iş officials stated that the Türk-Iş limit to start negotiations at TL 2,200 is low and should be higher.

The main opposition Republican People's Party (CHP) have demanded the minimum wage to be at least TL 2,200, and pledged to implement this rate in all CHP-run municipalities as of January 2019.

Akansel Koç, the general secretary of the Turkish Confederation of Employer Associations (TISK) representing employers, said that TurkStat's calculation is solely based on food prices, and other variants should also be taken into account. TISK Chairman Kudret Önen previously said that minimum wage proposals exceeding TL 2,000 are not in line with the government's inflation and unemployment goals.

Önen reminded that the TL 100 subsidy provided by the government to employers for each minimum wage worker ended in October and this alone increases the cost of employers by 5 percent for each worker. This subsidy should be continued and increased to TL 150, he added.

TISK's demands also includes exemption of employers' 2 percent share in unemployment insurance premiums, in addition to increasing the Social Security Institution (SGK) support for employers from 5 to 6 percent, asking it to be implemented 7 percent in businesses applying collective bargaining.