Keys to starting up a successful venture 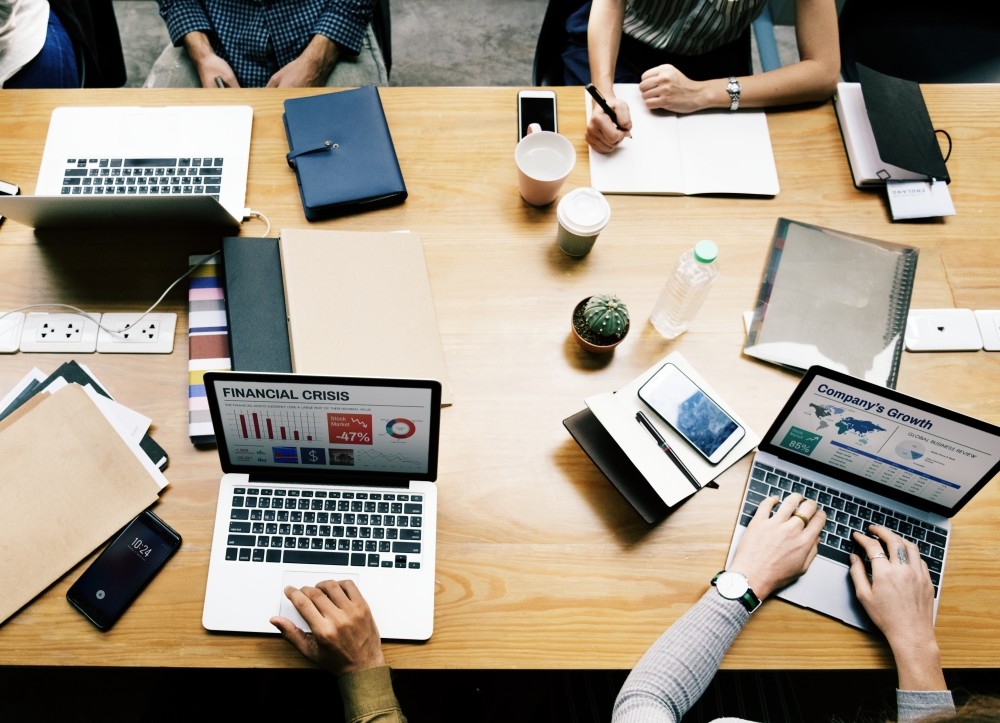 The international launch successes of Turkish startups in 2018 in retail, games and software have attracted a lot of attention. Their common ground has inspired the next generation of startups.
by Timur Sırt Dec 22, 2018 12:00 am

The number of ventures in Turkey is increasing but to be able to target a larger market area, local startups prefer to operate internationally

Turkey has not launched many globally successful startups. Since there are common aspects of successful international startups' desire for growth, slowing growth in Turkey and the existence of more mature markets abroad, many local startups are planning to operate internationally.

Startups.watch analyst Serkan Ünsal talked about the secrets behind the success of the startups he has analyzed. Explaining the numbers of the startup ecosystem with the Startups.watch report, Ünsal carried out a study that analyzes startups operating internationally, their decisions to enter new markets, their first steps and where they have struggled.

The international launch successes of Turkish startups in 2018 in retail, games and software have attracted a lot of attention. Their common ground has inspired the next generation of startups. Opgenie, one of the rare startups that have achieved success in Turkey's software field, was forced to think internationally since its target market is abroad.

Startup founder Berkay Mollamustafaoğlu emphasized the importance of picking a field that has growth potential, yet does not get much attention, to avoid competition from giant tech companies. Gramgames and Peak Games have also attracted attention for their five-figure asset sales and launch successes.

Since one common point among successful startups is the founders' desire to create an international startup, Ünsal said: "In particular, startup founders who've studied or worked abroad are more self-confident operating internationally. Other factors in globalization are the desire for growth, slowing growth in Turkey and the demand from abroad.

While startups are generally good with regard to testing the market, competition, market and product dominance, they struggle with cultural differences and coordination due to time zone differences, especially those operating overseas."

Starting on a familiar ground

Ünsal highlights that successful startups deal with cultural differences by operating in countries with familiar cultures or by having previous work experience in that country: "Startups must familiarize themselves with different cultures and countries by hiring people already familiar with the culture of the country they wish to operate in. Startups focused on institutional sales, despite being capable of handling all their business digitally, they prefer to remain in markets they've entered and stay close to the customers and sales teams."

"Generally, startups attempt to resolve coordination problems via daily video conferences. Recently, the time between founding and globalizing a startup has shortened since founders are now dreaming bigger, are inspired by other successful startup founders and acceleration programs and investors are less interested in startups that do not plan to go beyond the local market," Ünsal said.

Serkan Ünsal says that almost all of the founders of Insider, which provides an integrated marketing technologies platform supported by artificial intelligence (AI) and machine learning designed to help digital marketing teams of firms manage customer loyalty and digital growth, have studied abroad: "For example, by using Insider, an e-commerce firm can gamify customers' repeated purchases, use features that increase the average cost of items bought together and motivate customers with personalized suggestions. Almost all its founders, except Sinan Toktay, have studied abroad, worked in countries, such as U.K., China and Russia, and have worked together on previous projects and launched a previous startup."

Serkan Ünsal presented examples of successful startups: "The Monument startup decided to become an international business after receiving preorders from the crowd-funding platform, Kickstarter and seeing that almost all were located outside Turkey." After seeing increasing demand from abroad for its website, V-Count was excited to open international markets and took steps to achieve that goal. Two other startups that started operating abroad due to demand are Sinemia and Skysens. When do startups believe they can be successful internationally?

For most startups, it depends on how much they believe in themselves. For Foriba, their belief in international success increased after their global customers requested the same product in their offices in other countries. Similarly, Logiwa thought if they could beat their global competitors domestically, they could beat them abroad too after their big customers, having tried alternatives, decided on Logiwa.

Ten more startups graduated at the Demo Day event at the end of the third period of the Workup startup program, supported by İşbank.

İşbank is trying to resolve the scaling issue experienced by angel investors that have invested in early-stage startups. Since the support they have provided as a partner will continue with the addition of financial contributions, Bali said: "As an important support to the startup ecosystem, İşbank has pledged to commit TL 100 million to the Innovative Venture Capital Investment Fund. The fund was created last month under the Maxis Venture Capital Portfolio Management within the İşbank Group. Thus, with investment news you will receive shortly, we will partner with new startups via this new fund, providing the financial support they need and contributing to their scaling."

Indicating that they are very happy to pave the way for startups to develop to contribute to the domestic economy, Bali said: "We closely follow the startup ecosystem and technological innovations outside Turkey. With the innovation center we founded in Silicon Valley, Maxitech, we follow new developments and technologies and evaluate partnership opportunities coming from the most important startup ecosystem in the world.

Maxitech follows the foremost developments in AI, robotics and fintech, and locally monitors them to be leaders in our sector. A center similar to the one in Silicon Valley opened in Shanghai, China, on Oct. 29, the anniversary of the foundation of our republic. In 2019, we'll open another in London. Thus, we intend to continue our presence at the centers of attraction in innovation and advanced technology around the world and monitor developments closely and locally."

It's in the bank's DNA

The Workup startup program, which has completed its third period, received more than 7,000 applications. Hundreds of startups were interviewed and only 40 were accepted to the program. So far, 29 startups have graduated from the program. Of the previous 19 graduates, seven sell services and products internationally and five have received foreign investment.

At the event, İşbank CEO Adnan Bali said since the bank's foundation 94 years ago, it has supported entrepreneurs. "What we hear most often in our contacts in the field: 'My father/grandfather started this company with credit from İşbank.' Supporting entrepreneurs is in our genes, our DNA. Ever since this project became part of our agenda, we, along with our business units, have been excited. The Workup startup program continues this understanding, this claim, in the 21st century."

Bali said the biggest needs of a fledgling business are finding customers and getting recognition. He said, "To get past these hurdles, our startups are put in touch with İşbank's customer and partnership networks."

A one-year study to improve the living conditions of refugees has been completed. In a social media post commemorating International Migrants Day on Dec. 18, Türk Telekom CEO Paul Doany said: "To improve the living conditions of refugees in Turkey, together with the cooperation of @Tubitak and @UniBogazici we started the Data for Refugees Turkey project. We'll continue to help better refugees' lives with our technology and projects."

Türk Telekom held a big data technology competition to improve the living conditions of Syrian refugees in Turkey in which a large data set of anonymous mobile telephone use was provided to selected research groups. The results should be announced soon. 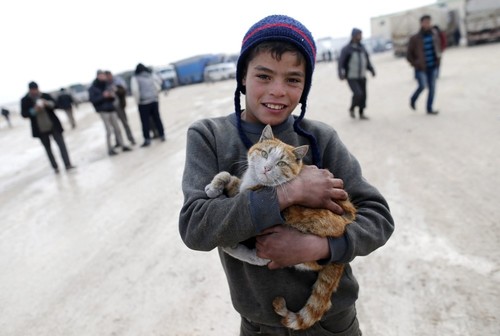 Data was collected concerning the communications of 3.5 million refugees living in Turkey and used in the competition, emphasizing that since the data did not contain personally identifiable data, invasion of privacy was impossible. The D4R mission invites researchers to work directly with refugees, relevant ministries and all partner institutions as well as making it easier to reach the people involved in the refugee matter; thus, contributing to technical and scientific progress by rewarding studies that contribute most to social data analysis in humanitarian matters and in matters of big data increase application experience, especially with regard to ethics.

Türk Telekom has worked on this project to ensure the sustainability of suggested solutions by involving many local and regional shareholders and many non-profit organizations. According to the U.N. Refugee Agency (UNHCR), the world today is experiencing the highest levels of human migration in recorded history.

In 2015, 21.3 million people were recognized as legal refugees with more than half being younger than 18. In the last two years, these numbers have starkly increased following the civil war in Syria that has turned the world into a much different place than it was five years ago and caused 4.8 million Syrians to flee their country. This unexpected development has caused many problems, including the problem of shelter, which often receives more attention than other aspects, is only the tip of the iceberg. Many problems such as security, safety, politics, social support and humanitarian issues persist today. The conditions refugees live in are devastating, and for many, even that is an understatement.