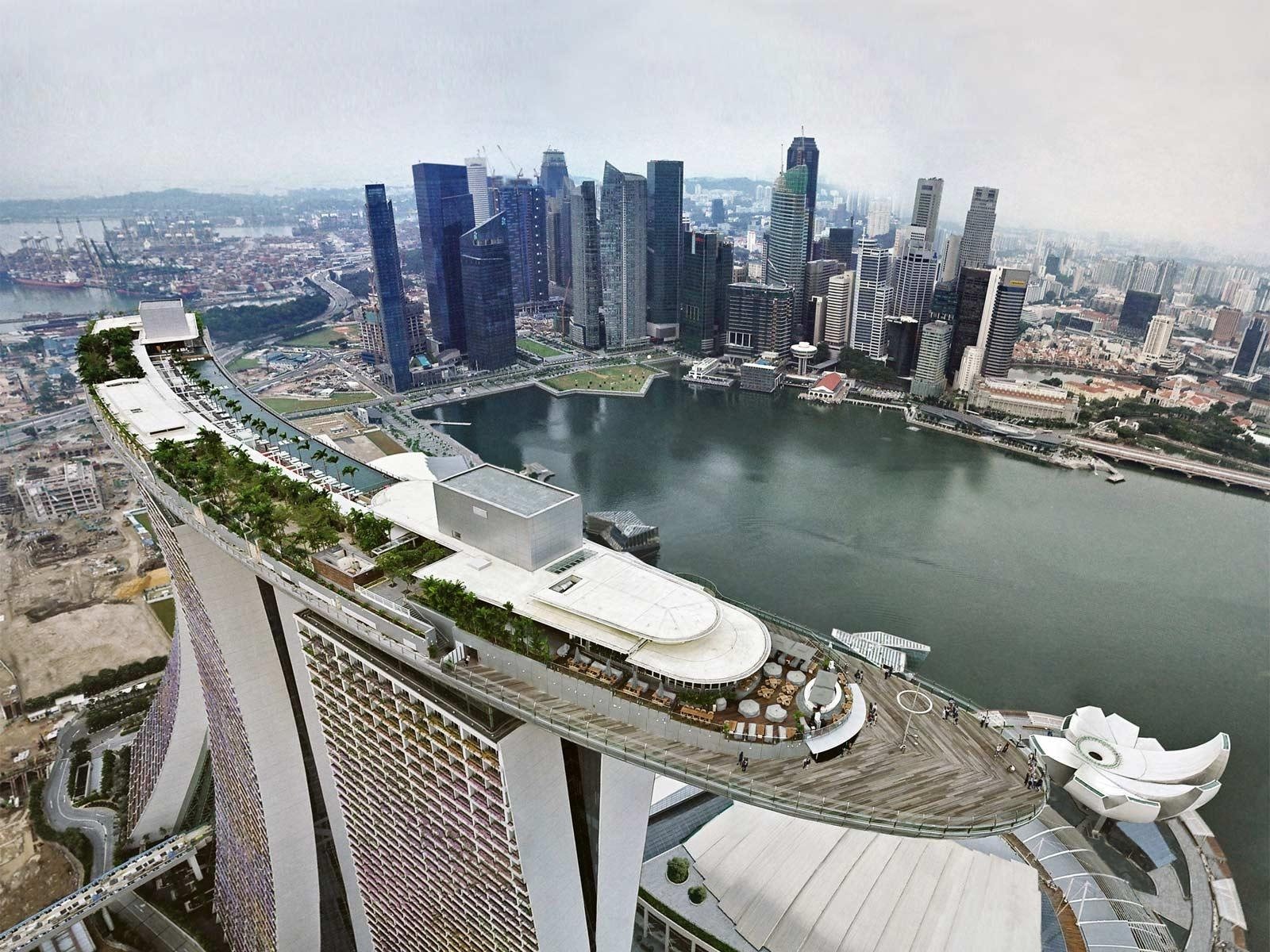 The island nation Singapore, which is running out of space, is going underground with its government set to announce a master plan for new subterranean facilities

From its towering "supertree" vertical gardens to a Formula 1 night race, Singapore is known for many attractions; underground space is not one of them.

But that may soon change, as the city-state prepares to unveil an Underground Master Plan in 2019.

With some 5.6 million people in an area three-fifths the size of New York City - and with the population estimated to grow to 6.9 million by 2030 - the island nation is fast running out of space.

Singapore has been reclaiming land for decades, but that is increasingly unsustainable due to rising sea levels and other impacts of climate change. So the city is going underground.

Singapore has already moved some infrastructure and utilities below ground, including train lines, retail, pedestrian walkways, a five-lane highway and air-conditioning cooling pipes. It also stores fuel and ammunition underground.

"Given Singapore's limited land, we need to make better use of our surface land and systematically consider how to tap our underground space for future needs," said Ler Seng Ann, a group director at the Urban Redevelopment Authority (URA).

"Currently, our focus is on using underground space for utility, transport, storage and industrial facilities to free up surface land for housing, offices, community uses and greenery, to enhance livability," he said.

There are no plans to move homes or offices below ground.

Singapore joins only a handful of cities that are mapping their subterranean space, said Peter Stones, a senior engineer with the consultancy Arup, which did a study for URA comparing its use of underground space to other cities.

"Globally, underground spaces are still back of mind; it's a Wild West of development, with a first-come, first-served system," he said.

"Singapore wants to look at it holistically and have a master plan so it can plan and manage the use of its underground space, and avoid potential conflicts," he said.

From the catacombs of ancient Rome to step wells in medieval India and World War Two bunkers, underground spaces have been used for a variety of reasons.

Helsinki and Montreal are considered leaders in underground urbanism, a movement focused on innovative ways to use underground spaces.

Arup's study found Singapore's underground rail density is slightly behind Tokyo's, and that it has the lowest density for underground pedestrian links.

The study also found Singapore trailed Hong Kong and Tokyo in underground road density as of 2014.

Of 180 kilometers of urban rail, nearly half are located below ground, as is about 10 percent of Singapore's expressway network.

Besides the space crunch, the other driver for tapping underground space in Singapore is the weather, said Stones.

"You have rising heat and humidity, and increasingly heavy rainfall. People want to avoid that," he said.

"Plus, utility networks are subject to more wear and tear in these conditions, so placing them underground is a viable option," he told the Thomson Reuters Foundation.

Advanced technologies and careful design also mean planners are able to alleviate the monotony and claustrophobia of underground spaces, he said. But since building underground is generally more expensive and complex than on the surface, Singapore will only do so "where it is meaningful and practical", URA's Ler said.

"In many cases, it does make sense to build underground, considering benefits such as land saving, improving the quality of the environment and better connectivity," he said.

"Our underground MRT (mass rapid transit) network and expressways in the city area are some examples where the benefits of going underground outweigh the higher construction cost and technical challenges."

Storing fuel in rock caverns freed up more than 60 hectares, or 84 football fields, of space. The city's reservoirs occupy about 5 percent of Singapore's land, so moving them underground could create more space.

By 2050, more than 70 percent of the world's population will live in cities, according to United Nations estimates.

In developing countries, where most of this growth will take place, it will strain infrastructure and resources, and stoke conflict over scarce land, analysts say.

Meanwhile, ageing populations in wealthier nations will make other demands of city planning and infrastructure.

"With rising urban populations and demands for a better quality of life, there is a need to integrate the underground cityscape to keep our cities livable," said Wout Broere, an assistant professor at Holland's Delft University of Technology.

But moving infrastructure and other facilities underground is often considered as a last resort only when surface space is exhausted and no other options exist, said Broere, a specialist in underground space technology. This makes it more expensive than it would be if the space above and below ground are developed simultaneously, he said.

"So making an underground master plan and assigning zones for different functions will help integrate the underground early on, and ultimately help to realize the full potential of a compact and livable city," he said.

Singapore has among the highest percentages of public green spaces in the world. Under its Land Use Plan 2030, one-third of surface land is allocated for industrial, transport infrastructure and utilities.

The government in 2015 made legislative changes that enable it to buy land beneath private blocks, and limit private owners to 30 meters of space below their properties.

That will help avoid potential conflicts, and make it easier to move some "nuisance neighbors" underground, Stones said.

It is part of the "Virtual Singapore" plan, a 3D model that will be fed by big data, and could assist in everything from urban planning to disaster mitigation.

It is not just Singapore that is interested in its underground space.

The launch of Singapore's Underground Master Plan next year may be less glamorous, but no less significant.

"The space is there, it's an asset, and we should use it. Having a detailed and rigorous plan is crucial," said Stones.