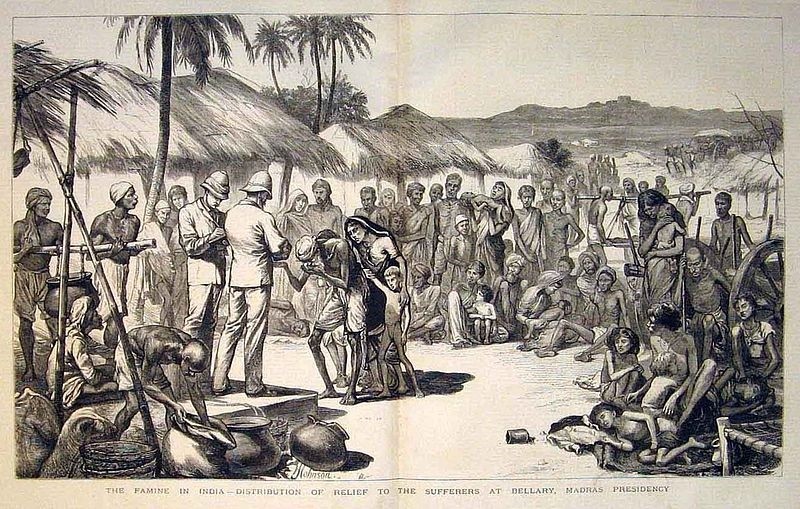 The British Empire impoverished India over the course of its 173-year colonial rule, draining the country of a staggering $45 trillion, according to a top economist.

In a study titled "Dispossession, Deprivation, and Development" published by the Columbia University Press in November, Professor Utsa Patnaik said that according to her calculations the British siphoned off 9.2 trillion pounds from India via taxes and trade between 1765 and 1938 — roughly 17 times the U.K.'s total annual gross domestic product today.

Pointing out that capitalism as we know would not exist without colonialism and the drain, Patnaik argued that the modern U.K. economy would collapse if it tried to make a full reparation.

Patnaik said she came upon the final figure by "taking India's export surplus earnings as the measure, and compounding it at a 5 percent rate of interest," — a rather modest and conservative figure, not including the debts Britain imposed on India during the British Raj, she added.

According to Patnaik's research, Britain's systematic plunder went a little like this:

The East India Company (EIC) took control of India in 1765 and soon established a monopoly over trade, collecting heavy taxes from merchants.

Of the collected amount, the EIC used a third to buy goods from the same merchants to directly import them to Britain, effectively 'paying' producers out of their own taxes.

Prior to that, Indian producers were mostly paid in silver, just like any other country.

Even though the EIC's money transfer scheme was foiled in 1847 when Britain took over India and producers' freedom to export their goods to the country of their choice was restored, the empire managed to find a way to make foreign traders pay for the exported products in London.

If one was to buy a product from India, they had to do so via Council Bills (CBs). The only way to acquire these bills was to buy them from London with gold or silver, while Indian producers would get paid in measly rupees in an exchange rate profitably adjusted by the British.

India's commodity export surplus was used to fight off poverty and starvation in Britain at the expense of Indian people, leaving them to die like 'flies' and depriving the subcontinent of funds that could have been put towards better healthcare, dealing with famine and the country's development.

Utsa also defends that had Indians been credited — even partly — with their gold and forex earnings, they could've imported modern technology to become an economic giant.