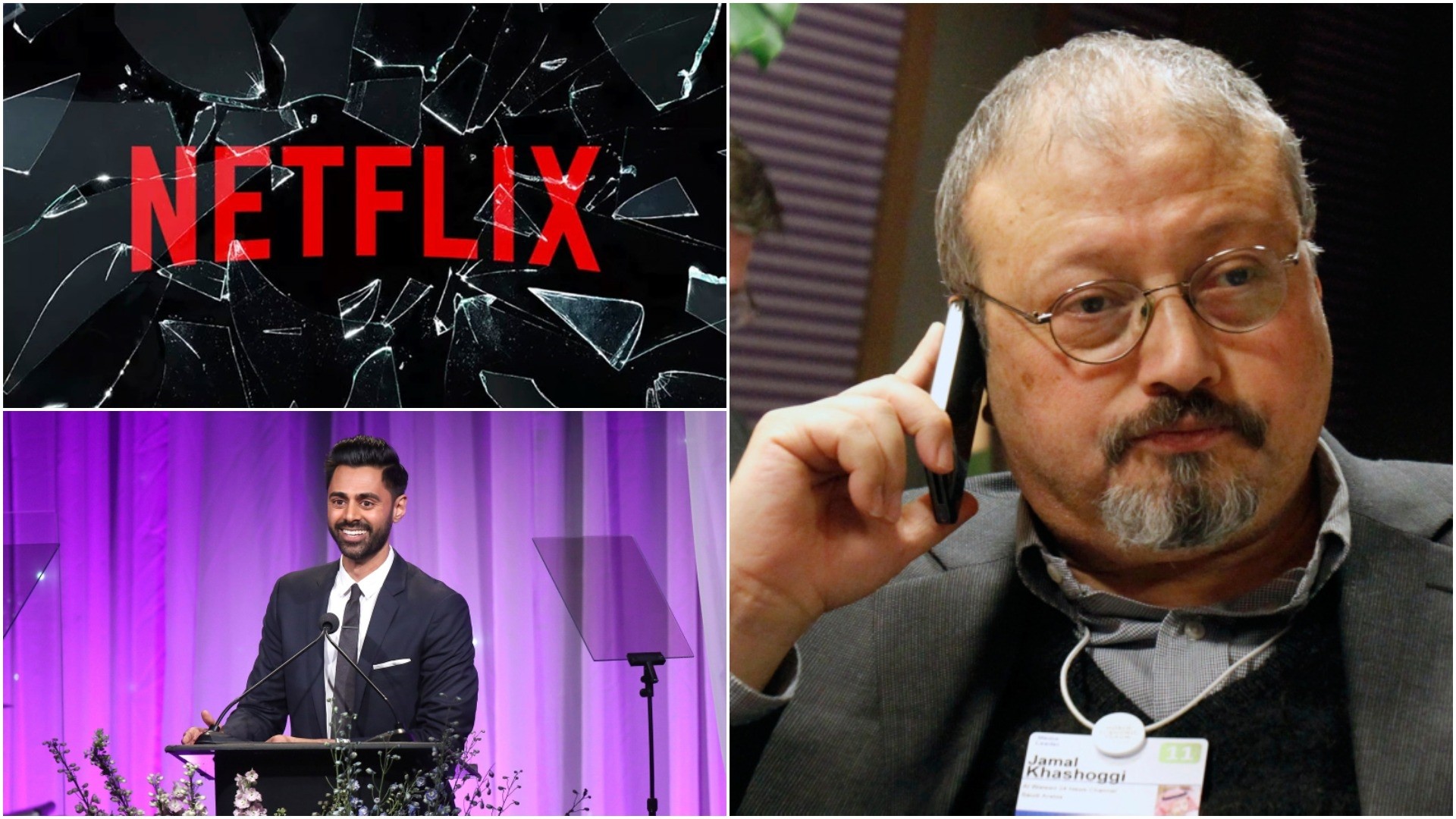 In the episode, Hasan Minhaj (bottom left) criticized Saudi Arabia after the killing of Jamal Khashoggi (R) in the Saudi consulate in Istanbul. (REUTERS/AP Photos)
by Compiled from Wire Services Jan 02, 2019 12:00 am

Netflix confirmed Tuesday that it removed an episode of a satirical comedy show that criticizes Saudi Arabia, after officials in the kingdom reportedly complained.

The move has raised new questions about the limits of free online expression.

In the episode of "Patriot Act with Hasan Minhaj," the American-born Muslim lashed Saudi Arabia after the killing of Washington Post columnist Jamal Khashoggi in the Saudi consulate in Istanbul.

He specifically criticized Crown Prince Mohammed bin Salman, and was also critical of the Saudi-led military campaign in Yemen.

In the episode, first aired in the U.S. in October, Minhaj said, "Now would be a good time to reassess our relationship with Saudi Arabia. And I mean that as a Muslim and as an American."

Khashoggi had been an outspoken critic of the kingdom and of Crown Prince Mohammed bin Salman. The kingdom has since acknowledged publicly that the reporter, who was a permanent U.S. resident, died in its custody.

"We strongly support artistic freedom worldwide and removed this episode only in Saudi Arabia after we had received a valid legal request -- and to comply with local law," a Netflix spokeswoman said in a statement.

In December, the U.S. Senate approved two symbolic resolutions blaming Prince Mohammed for the killing of Khashoggi, after intelligence reports pointed in that direction, and urging an end to US participation in the Yemen war.

The Saudi Information Ministry did not immediately respond to requests for comment.

The episode can still be seen in other parts of the world -- and in Saudi Arabia on YouTube.

Online platforms and tech companies face increasing scrutiny and growing public skepticism in the face of controversies about data sharing and the steady erosion of privacy.

In October, the press freedom watchdog group Reporters Without Borders ranked Saudi Arabia as 169th out of 180 countries for press freedom, adding that "it will very probably fall even lower in the 2019 index because of the gravity of the violence and abuses of all kinds against journalists."

After releasing its annual study of global internet freedom, another watchdog, Freedom House, said in November that Saudi Arabia was among those employing "troll armies" to manipulate social media and in many cases drown out the voices of dissidents.

In 2014, he became senior correspondent on Comedy Central's popular "The Daily Show," and in 2017 was the featured speaker at the White House Correspondents' dinner. "Patriot Act" debuted in October 2018.