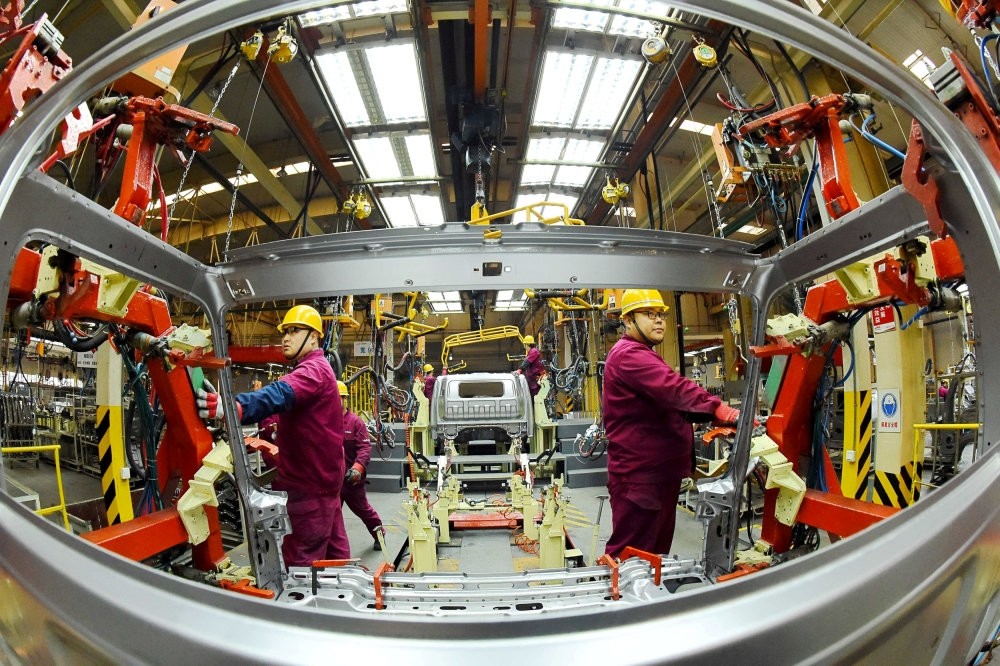 Manufacturing activity across many countries in Europe and Asia ended on low note with eyes on trade friction between China and the U.S., and a slowdown in the former's economy whose PMI posted first contraction since May 2017

Factory activity weakened across much of Europe and Asia in December as the U.S.-led trade war and a slowdown in demand hit production in many economies, offering little reason for optimism as the new year begins.

A series of purchasing managers' indexes for December released yesterday mostly showed declines or slowdowns in manufacturing activity across the globe.

"We are really seeing a global slowdown into this year, and in Asia, particularly, export-oriented countries are hurting," said Irene Cheung, Asia strategist at ANZ.

"Our expectation for central banks is that most of them won't change policy in 2019 and these numbers coming out on the weak side won't change that outlook."

Manufacturing growth in both Germany and Spain was modest, easing to the weakest in around two-and-a-half years.

British factories, however, ramped up stockpiling as they prepared for possible border delays when Britain leaves the European Union in less than three months' time.

The U.K. manufacturing PMI rose to a six-month high, stronger than all forecasts in a Reuters poll of economists.

Survey compiler IHS Markit cautioned the improvement did not herald a big change in the outlook for Britain's stuttering economy - it was caused in large part by manufacturers stockpiling inputs and finished goods.

"Despite the headline index rising to a six-month high in December, the manufacturing PMI still suggests that the sector stagnated in Q4," said Andrew Wishart at Capital Economics.

Later yesterday, surveys were expected to show U.S. activity was a tad slower, but still expanding, in a sign China has suffered more from trade frictions than the United States. But world shares started 2019 on a downbeat note, oil prices and bond yields slid, and the Japanese yen strengthened yesterday as the factory survey data confirmed the picture of a global economic slowdown.

In China, the Caixin/IHS Markit PMI slipped into contraction territory for the first time in 19 months, broadly tracking an official survey released on Monday.

China's weakness spilled over to other Asian economies. Malaysian manufacturing slowed to its weakest pace of expansion since the survey began in 2012, and Taiwan fell to its lowest since September 2015.

Meanwhile, official economic data out of Singapore showed its gross domestic product grew more slowly than forecast in the fourth quarter as the city-state's manufacturing contracted on a quarterly basis.

With growth slowing and inflation below or barely within target in most countries, Asian central banks are unlikely to continue their tightening cycle this year, barring any shocks in currency markets.

The world's two largest economies agreed at the start of December to a 90-day truce following tit-for-tat tariffs that have disrupted the flow of hundreds of billions of dollars of goods between the two countries.

Tariffs are not the only drag on China's economy. Beijing's sustained drive to reduce debt risks in the economy has cooled the property market and curbed credit flows to the private sector. Meanwhile, the government's intensified crackdown on pollution has dented industrial activity.

In a key annual conference last month, China's top leaders said they would boost support for the economy in 2019 by cutting taxes and keeping liquidity ample, while promising to continue negotiations with Washington. China's economic growth slowed to 6.5 percent in the third quarter of last year, the weakest since the global financial crisis. Reuters reported government advisers had recommended a growth target of 6.0 to 6.5 percent for this year at the annual meeting, though the final figure won't be made public until parliament's annual meeting in early March.

A drop in crude-oil prices at the end of last year has helped sentiment in Asia's oil-importing economies, where trade deficits are a key vulnerability.

Indonesia's PMI, although still weak historically, rose. India's declined but capped the strongest quarter for the country's manufacturing since late 2012. But Malaysia, which relies heavily on oil revenues, saw its weakest reading ever.

Taiwan and South Korea, which are heavily focused on tech production, also saw activity shrink. The U.S.-China trade war affects chip orders and coincides with a slowdown in demand for smart phones globally.