Norwegian aircraft stuck in Iran due to US sanctions 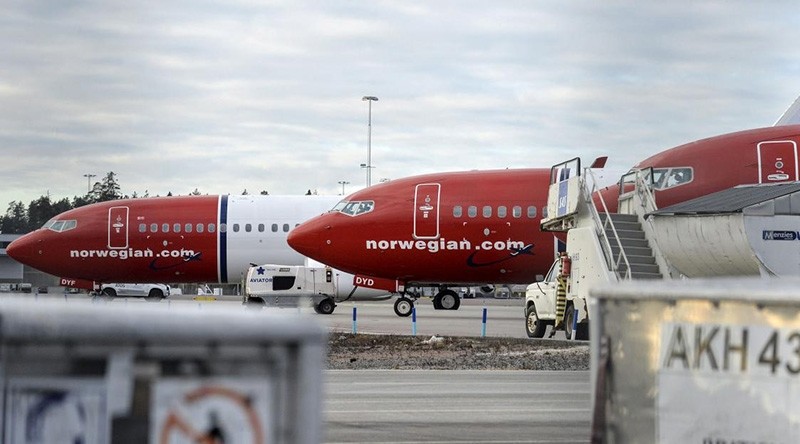 Norwegian Air Shuttle said Friday one of its Boeing 737s has been stuck in Iran for three weeks after an unscheduled landing due to engine problems, as U.S. restrictions reportedly create headaches for the airline and possibly passengers.

The aircraft was en route from Dubai to Oslo with 192 passengers and crew members on board when it carried out a "safety landing" in Shiraz in southwestern Iran because of engine trouble on Dec. 14, a Norwegian Air Shuttle spokesman, Andreas Hjornholm, told AFP.

While passengers were able to fly on to Oslo the following day on another aircraft, the Boeing 737 Max has been stuck on Iranian soil where the airline's mechanics are trying to repair it, Hjornholm said.

According to specialized sites such as www.airlive.net, the repair work has encountered problems because international sanctions bar the airline from sending spare parts to Iran.

With the U.S. withdrawal from the Iran nuclear deal, the Trump administration decided to reimpose sanctions on Tehran.

Norwegian Air Shuttle refused to comment on those reports.

"I can only say that we are working with several options to get the plane back on the wings, and right now we are waiting for our technicians to be able to service the plane and to get it working," Hjornholm said.

The incident has fuelled jokes on social media.

"Iran has become a Bermuda Triangle that feeds on planes," one Iranian Twitter user wrote.

It could also pose problems for the plane's passengers and crew members if they want to travel to the U.S. in the future.

Since 2015, anyone who has traveled to seven countries considered at risk (Iran, Iraq, Libya, Somalia, Sudan, Syria and Yemen) since March 2011 is excluded from the U.S. visa waiver program applied to most Europeans.

According to Hjornholm, the passengers and crew on the Dubai-Oslo flight officially entered Iran and stayed overnight at a hotel on Dec. 14-15.

The U.S. embassy in Oslo was not available for comment.

Last year, former NATO Secretary-General Javier Solana was refused entry to the U.S. because he had visited Iran for the inauguration ceremony of President Hassan Rouhani in 2013.