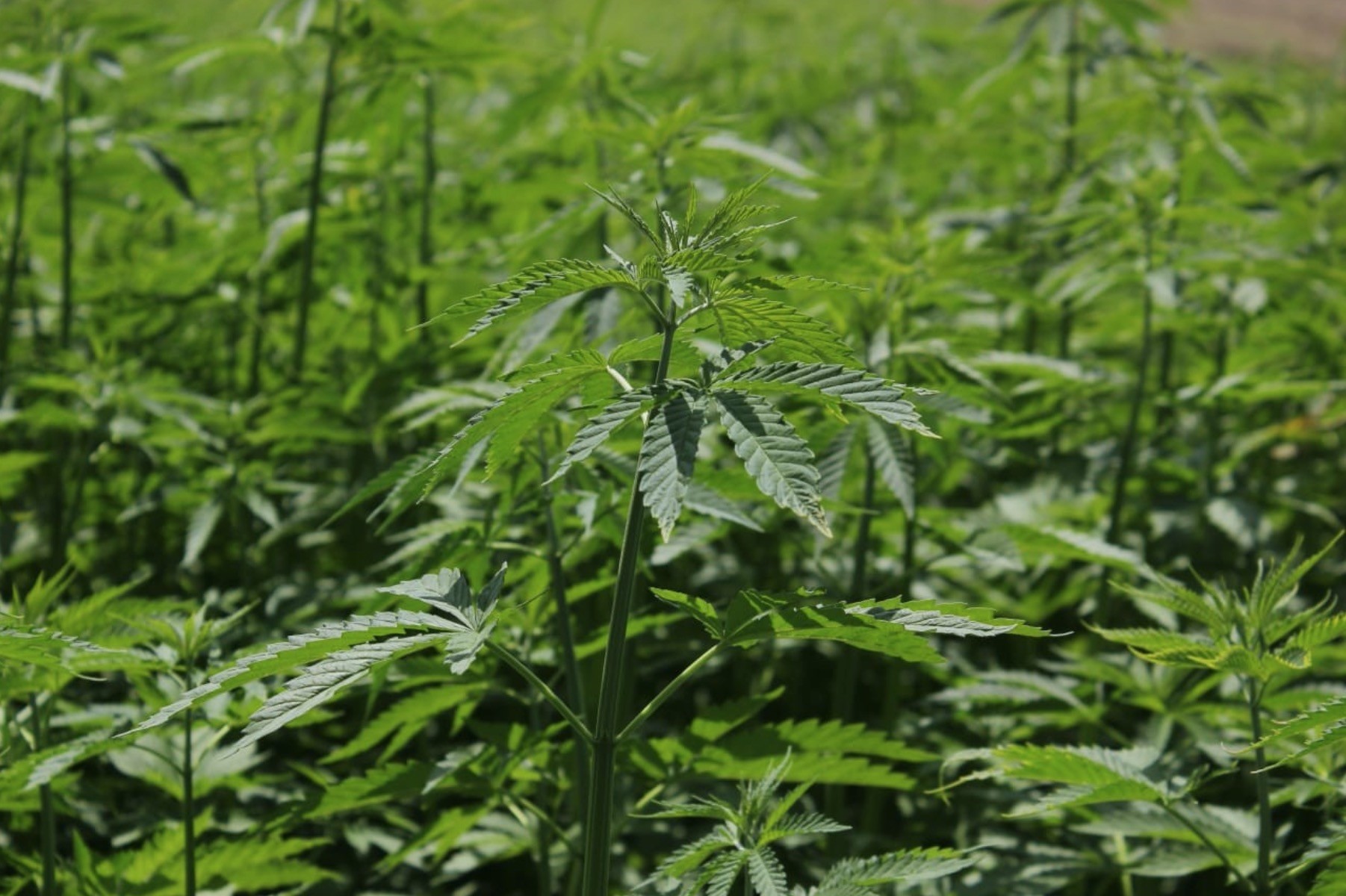 Turkey is looking to spread cannabis production across its arable lands in order to make use of it in the industry, including automotive, paper, textile, and pharmaceutical sectors and cut its imports that have been widening the current account deficit

This week has witnessed the revival of talks on the now-limited but once widespread industrial agricultural crop in Turkey, when President Recep Tayyip Erdoğan raised the issue of mainstreaming hemp production during a meeting on municipal governance on Wednesday. Hailed by producers and aspiring farmers who are not able to cultivate the crop, Agriculture and Forestry Minister Bekir Pakdemirli also announced that the government will take steps to increase cannabis production, which is currently allowed in 19 provinces in the country.

The widespread use of industrial hemp indeed makes it a very attractive agricultural product, particularly for countries like Turkey that rely on imported products for various synthetic raw materials to be used in the automotive industry, paper manufacturing, textiles, pharmaceuticals, among others. 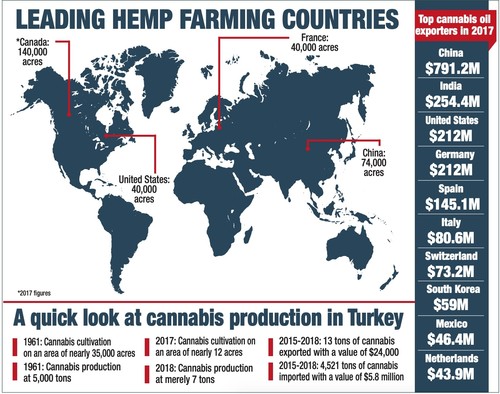 Cannabis indeed is not an alien crop to Turkish arable land. Up until 1971, the year when the Turkish military released a memorandum and overthrew the government headed by late President Süleyman Demirel, who was unwilling to reduce cannabis production despite pressure from the U.S. administration at the time, Turkey was one of the largest producers in the world. In a historical anecdote, Demirel was quoted saying: "There are poppy fields in 20 cities and their surrounding area. We have a city named Afyon [Opium]."

Poppy farmers were crucial for the stability of Turkey, with an 80 percent rural population and more than 70,000 poppy-farming families. The Turkish government concluded that total eradication of the poppy crops, a demand made by Washington, was technically and socially implausible.

Since the end of the World War II, global cannabis production had seen some declines with the rise of synthetic material manufacturers, replacing the industrial areas in which cannabis was used, Ahmet Atalık, the head of the Istanbul Branch of Chamber of Agriculture Engineers, told Daily Sabah. 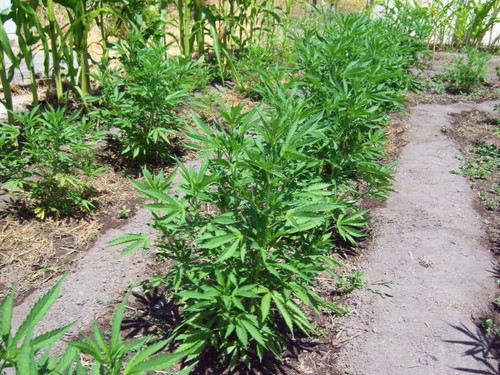 Atalık explained that in 1961, Turkish farmers cultivated cannabis on an area of nearly 35,000 acres. In 2017, the figure was only 11.3 acres. In addition to global trends, the embargo and U.S. pressure have played a major role in this decline.

In terms of capacity, Turkey produced 5,000 tons of cannabis in 1961 and only 7 tons in 2018. "This is a very negatively decoupling trend from the global trends," Atalık said and gave an example, "France produces 80,000 tons of hemp and China's cannabis yield hovers at around 15,000 tons."

Moreover, Europe was expected to grow over 125,000 acres of hemp in 2018, supplying the car composites market, according to a report of the British Hemp Association. Canada is estimated to cultivate around 250,000 acres, and now has the first industrial scale bio-plastics facility. China has also been increasing its hemp output in the last years and reached 74,000 acres in 2017. The estimate for China was 150,000 acres in 2018.

Atalık stressed that the history of cannabis cultivation in Anatolia dates back to 1800-1500 B.C., and the land in the area is very hospitable for the plant. Particularly the western and central Black Sea region is very efficient for cannabis. "Currently, only farmers in Samsun are able to cultivate and harvest cannabis. Up until 10 or 15 years ago, farmers in Kastamonu, Çorum and Kütahya were also in the cannabis business," Atalık said. It is very easy to farm the plant since it does not require much watering.

Elaborating on Turkey's cannabis exports and imports, Atalık pointed out that between 2015 and 2018, the country's cannabis exports were calculated at 13 tons with a value of $24,000. Its imports in the same period totaled 4,521 tons, worth $5.8 million. "Cannabis is a very important item in imports, widening the gap in the current account deficit," he added.

In a detailed explanation of the widespread use of cannabis in miscellaneous industries, Ataklı underscored that the fiber of the plant is very strong compared to cotton and flax fiber and used in different kinds of durable ropes. Given its strength and durability, cannabis hemp is used in the automotive industry. "Even for the printing of the government banknotes, a synthetic and durable cellulose is necessary, and this can be extracted from cannabis," he said, given that Turkey is a big importer of cellulose, the raw material for paper.

"Thinner cannabis fibers are used in the textile industry for clothe making, particularly summer clothes. Cannabis oils are used in varnish, polishing and oil paint in addition to various cosmetic products. As a matter of fact, the giant cosmetics producer South Korea is one of the largest consumers and exporters of cannabis oils. The different and processed seeds of cannabis can also be used as forage," Atalık noted. 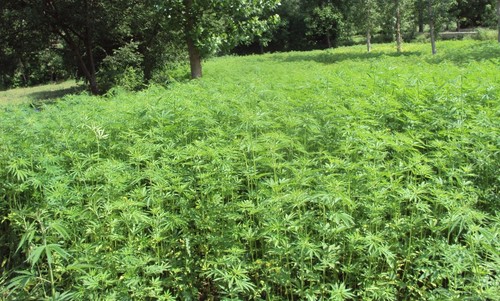 A faculty member of the Field Crops Department at Samsun Ondokuz Mayıs University's (OMÜ) Faculty of Agriculture, associate professor Selim Aytaç, said Erdoğan's statement on increasing cannabis production was a turning point. Aytaç has been working on cannabis for years. He said the president's statement will eliminate the bad perception of the plant. "We will apply to the Agriculture Ministry this month for the registration of two of the genotypes we have obtained through the selection method from approximately five years of work," Aytaç said.

As a result of a reclamation project aimed at decreasing the "hashish" amount in the cannabis plant and carried out by Aytaç, the popularization of cannabis cultivation in Turkey is on track.

Aytaç, who stepped into action after cannabis production significantly fell in Turkey in 2013, put into action the reclamation project, which also gained support from the Scientific and Technological Research Council of Turkey (TÜBİTAK).

In the case that the project, which has entered its second year, bears positive results, cannabis production in Turkey is expected to increase along with the necessary legal arrangements.

According to Aytaç, cannabis can be evaluated with at least 3,000 materials from confection to isolation, and revenue obtained per unit of cannabis cultivation is higher than that of many other agricultural products.

The cannabis should not be excluded because of the hashish, Aytaç stressed, suggesting that it should be evaluated according to the area of use.

CANNABIS: ONE OF THE OLDEST PLANTS IN ANATOLIA

Cannabis is a fibrous plant, Aytaç said. "Fiber is obtained from the shells on the edge of stem. Before American and African cottons arrived in Anatolia, all clothing in Anatolia was made based on hemp and flax. Hemp is one of the oldest plants in Anatolia. Oil is found in the seeds of cannabis. The oil in the seed is used for various purposes. At the same time, hashish is obtained from the flowering parts of female cannabis plants. For this reason, it is in the scope of narcotics plants and is subject to control, therefore ignored sometimes. Its farming reduced as of the 1990s due to hashish pressure. At one time, 140,000 acres of cannabis cultivation was being carried out in Turkey. Today, cannabis cultivation is carried out on 200 acres of land. As a matter of fact, it dropped to 10 acres in 2013. Since 2013, we began to increase cannabis cultivation with activities that created a set of awareness," Aytaç explained.

He further said cannabis does not stop with fiber and oil. "It serves a purpose in 3,000 products used today. For example, any kind of insulation material can be made from its stems. Polyester can be made from cannabis fiber. Various food and appetizers can be made from its seeds. In the last 10 years, serious studies are being made regarding the use of cannabis in drug production. There are many studies on cancer in particular. Maybe in the next 10 years, cannabinoids obtained from cannabis in a number of cancer drugs will come to the fore," the professor noted.

Aytaç further suggested that animal feed could be made from the industrial hemp, whose hashish is reduced or eliminated, adding: "The upper parts of industrial hemps are used as animal feed in Europe. With the law enacted in 1933, cultivation of cannabis can only be made for stems and seeds. There is no production for the flowering parts from which drugs can be made. If laws allow this to happen in the future, an evaluation of cannabis as a drug in Turkey may come to the agenda. Today, only R&D [research and development] studies can be carried out regarding this matter. Making production work is not possible… We destroy them by burning them with acid after our studies."

Farmers in Black Sea provinces such as Kastamonu and Rize hailed President Erdoğan's announcement that the government will expand cannabis production.

The farmers in Kastamonu have been cultivating cannabis since 1940 and they ceased the farming of the plant in 2002. They replaced cannabis with garlic and sugar beet but have not been able to compensate for the revenues they collected from cannabis crops.

Cengiz Durgut, a mukhtar (local leader) in Kastamonu, stressed that cannabis farmers used to go to the provincial agricultural administration and register their fields for cannabis production under the supervision of the state officials.

The cannabis producers in the province sold their crops to the local paper factory, which manufactured fibers and cigarette papers. Now privatized factories use the imported cellulose as the raw material for production.

A local farmer from Kendirli district in eastern Black Sea province of Rize, Ömer Özdemir, explained that his grandparents were cannabis farmers. "This province called Kendirli because of the enormous amount of cannabis production," he said. Özdemirli recalled that his mother and grandmother used to weave a kind of shirt called "feretiko" in the local language out of the cannabis fiber and they would sell the shirt in the marketplace.

Muammer Mete, the head of the local agricultural development cooperative, also recalled that the local shirt, which also known as "Rize cloth" is an important cultural item, whose production date back to 9th century B.C. "Since 1800s, it had been sold to Arabian countries as our grandfathers told us," he said. But since the ban of the cannabis production in 1970s, the feteriko has been woven with imported fibers and strings. He also stressed that the shirts that are woven out of cannabis fiber have higher quality and greater durability.