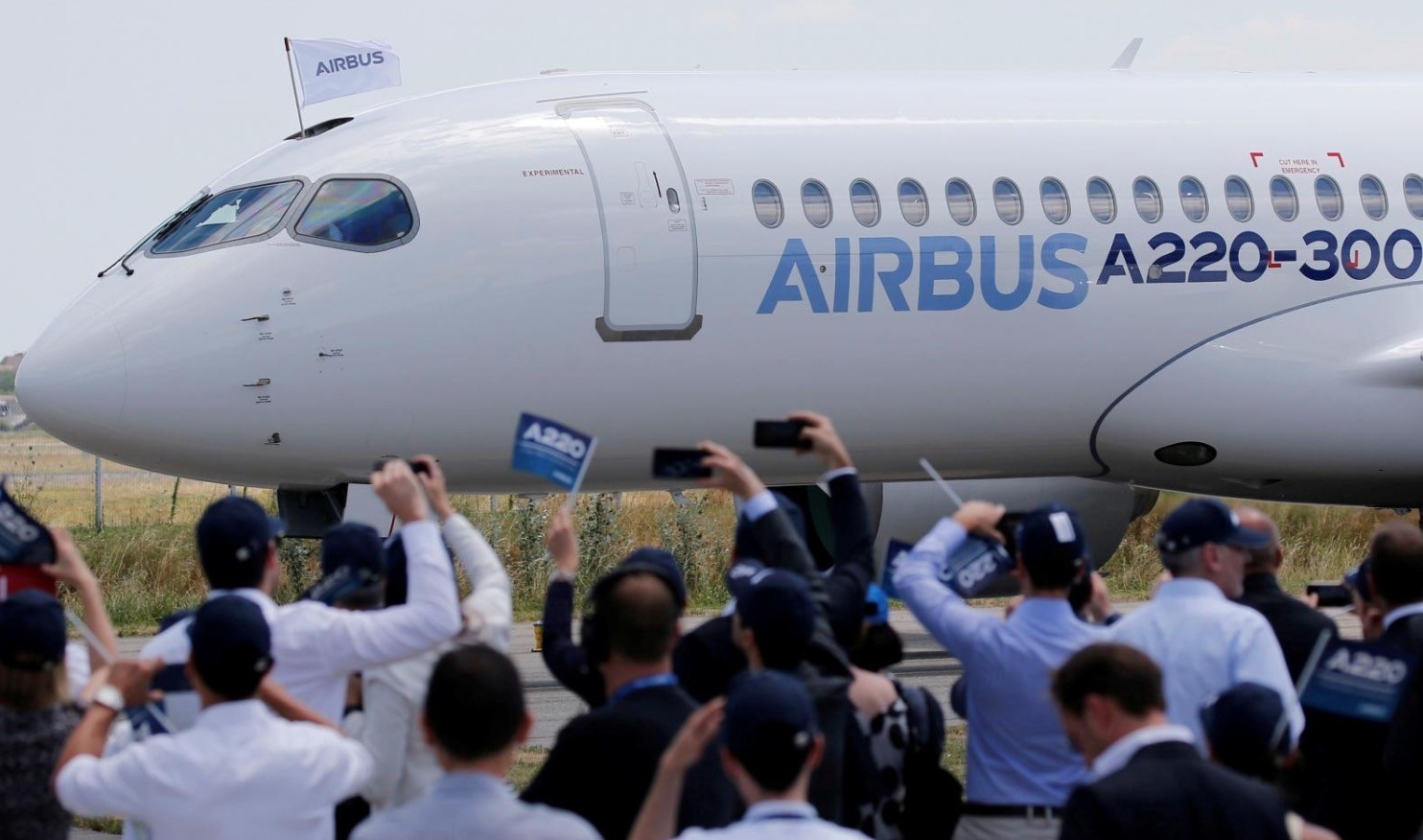 Airbus SE expanded its industrial presence in the United States on Wednesday, starting construction on a new assembly plant for the Canadian developed A220 jetliner, 18 months after agreeing to buy the plane in the midst of a U.S.-Ottawa trade dispute.

The European planemaker said it would invest $300 million and create 400 jobs in the plant, to be built in the port of Mobile alongside an existing assembly line for its best-selling A320 passenger jet, which already employs 700 people.

Alabama and the city of Mobile would provide a total of some $26 million in state and municipal incentives to support the development, officials said.

Speaking to an audience of Alabama politicians and aerospace workers, Chief Executive Tom Enders hailed a "day of pride" for Airbus at a ceremony peppered with patriotic U.S. references and highlighting other investments in helicopters and satellites.

There has been an increase in aerospace investment in the southeastern United States, where U.S. rival Boeing Co has a plant assembling long-haul 787 Dreamliners in South Carolina.

Airbus plans to use the Mobile site to assemble the 110-130-seat A220 for U.S. airlines, which have ordered 250 of the planes including 135 since Airbus took control last July.

The decision to produce some A220's in the United States was initially seen as a trade boost for Canada after Boeing accused its developer Bombardier Inc of dumping the foreign-made jet at low-ball prices to win a deal with Delta Air Lines Inc.

Although Boeing ultimately lost its trade case, Airbus said it still made sense to serve U.S. demand from the Alabama site.

"The United States is one of the largest markets for us and this is our largest industrial base in the U.S. We have the skills and employees and it is the logical thing to do," Airbus Americas CEO Jeff Knittel said.

Airbus plans to build 4 A220s a month in Alabama with the first jet to be delivered in 2020. The Montreal base for the aircraft is running at some 2.75 A220 jets a month with plans to raise capacity to 10 a month by the mid-2020s.

The Alabama production line for the larger A320, which opened in 2015, produces 4.5 aircraft a month and this could rise to five a month by the end of the year, Knittel said.

Airbus first studied using the Mobile site for a proposed tanker for the U.S. Air Force, sweetening the bid with an offer to build commercial freighters. Airbus lost out to Boeing in 2011 after a long and politically charged contest.