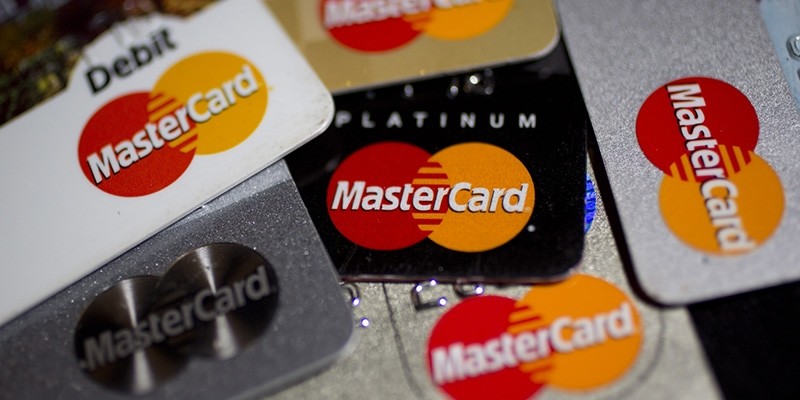 The European Commission has fined Mastercard 570 million euros ($648 million) for stopping retailers from looking for better card payment terms at banks around Europe.

The Commission, which polices competition, said Tuesday that Mastercard's rules prior to 2015 forced retailers to pay certain bank fees in the country they are located rather than let them shop around.

After Visa, Mastercard is the second largest credit card issuer in the European market. It has been the subject of an EU antitrust investigation since April 2013 and has cooperated with the probe.

When a customer pays a retailer with a credit card, the store's bank pays a fee to the cardholder's bank.

The retailer's bank passes on this fee to the store, which increases costs for customers.

Before 2015, the level of these "interchange fees" varied widely across Europe, but Mastercard's rules at the time obliged banks receiving card payments to apply the fee set in their home country.

"This led to higher prices for retailers and consumers, to limited cross-border competition and to an artificial segmentation of the single market," the EU Commission said in a statement.

"On this basis, the Commission concluded that Mastercard's rules prevented retailers from benefiting from lower fees and restricted competition between banks cross the border, in breach of EU antitrust rules.

"The infringement ended when Mastercard amended its rules in view of the entry into force of the Interchange Fee Regulation."

The fine would have been higher, but Brussels reduced it by 10 percent to thank Mastercard for cooperating.

The company did not dispute the fine.

"This decision relates to historic practices only, covers a limited period of time of fewer than two years and will not require any modification of Mastercard's current business practices," it said.

"Mastercard sees the closure of this antitrust chapter as an important milestone for the company," it added.