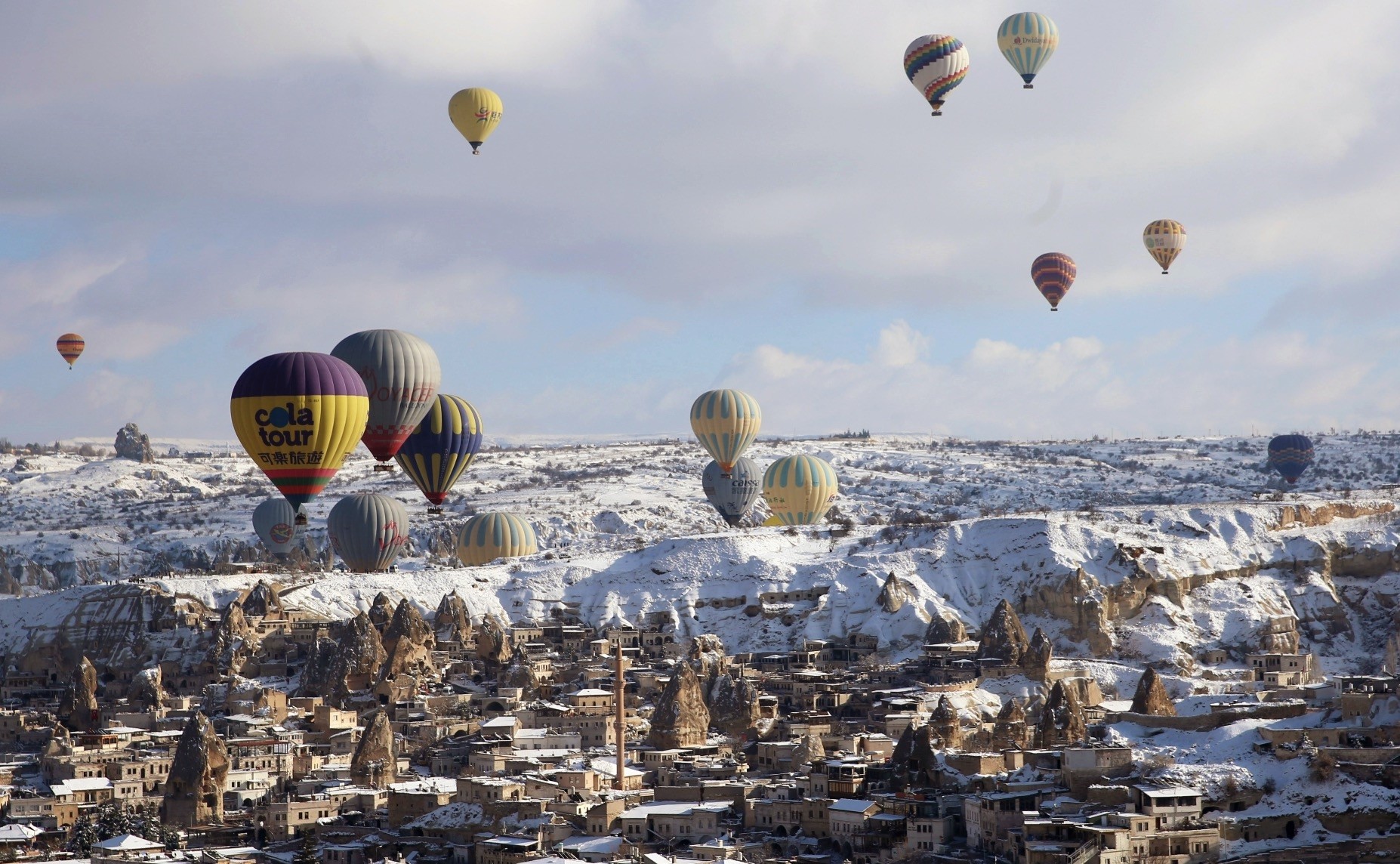 Cappadocia's skies will be adorned with domestically-produced hot air balloons as of next year.

With the support of Nevşehir Hacı Bektaş Veli University (NEVÜ) and the Scientific and Technological Research Council of Turkey (TÜBİTAK), two baskets that will carry passengers have been produced as a result of the works carried out at the Kaya Balloon Production Center in the Göreme town of Central Anatolian province of Nevşehir.

Meanwhile the building of the dome section is in progress.

Domestic hot air balloons, which will start flying in 2020, will perform test flights in the upcoming months. NEVÜ Rector professor Mazhar Bağlı told Anadolu Agency that Cappadocia hosts hundreds of thousands of tourists who want to partake in balloon tours every year, adding that they launched studies after a project was prepared by taking this potential into consideration which was then approved by TÜBİTAK.

Emphasizing that hot air ballooning has important potential in the region, Bağlı stated, "At the university, we work not only for the tourism sector, but also in the production field. After the project we presented to TÜBİTAK was accepted, the prototype of the basket was produced. The Directorate General of Civil Aviation has been following the work with an understanding that does not compromise standards. We have taken the first step to create a domestic brand by fulfilling all expectations in the production process."

Indicating that the process is long-lasting and toilsome, Bağlı stated that the Cappadocia hot air balloon tours, taken by 537,000 tourists last year, will continue with domestically produced hot air balloons as of next year.

Kaya Balloon Production Center Operation Manager Nejat Öksüz stated that the baskets to be used in the test flight have been made and the first test flight will be carried out after the completion of the dome, which is being produced with special fabrics. Öksüz pointed out that Cappadocia has intense balloon flight traffic and that industry expectations and deficiencies have been detected accordingly.

"I believe that Turkey will have a say in the global hot air balloon market with the introduction of mass production [of balloons]."

Öksüz continued, "We have accelerated works by taking the technical assistance of NEVÜ. We will begin the testing process in the upcoming period. We believe that we will have a say in the global hot air balloon industry since our technical team is very strong and TÜBİTAK also supports it. We have used balloons from different companies and countries. As we have experienced them all, our domestic balloon will be more useful and safe and its maintenance costs will be lower."

Öksüz noted that some 5 million euros will be saved every year as a result of domestic production.

Underlining that the dome project has been approved, Öksüz said, "Hopefully within a month, we will build the dome and prepare the first domestic balloon. We will see it in Cappadocia's sky next year. In the next stage, we will obtain the certificates required and export it to European countries."

According to Öksüz, the domestic hot air balloon will start flying in the middle of 2020, while exports could start in 2021.

In Cappadocia, balloons fly an average of 250 days a year and 150 balloons fly at the same time. A balloon is used for four years, meaning that 30-40 new balloons are needed per year. As the average price is 110,000 euros ($126,000), about 4 million euros are spent on exports each year. Considering the maintenance costs, additional costs are incurred as the materials come from abroad. With the production of domestic hot air balloons, approximately 5 million euros will be saved annually. Given that employment and materials will stay inside the country, domestic hot air balloons will be 50 percent cheaper.-