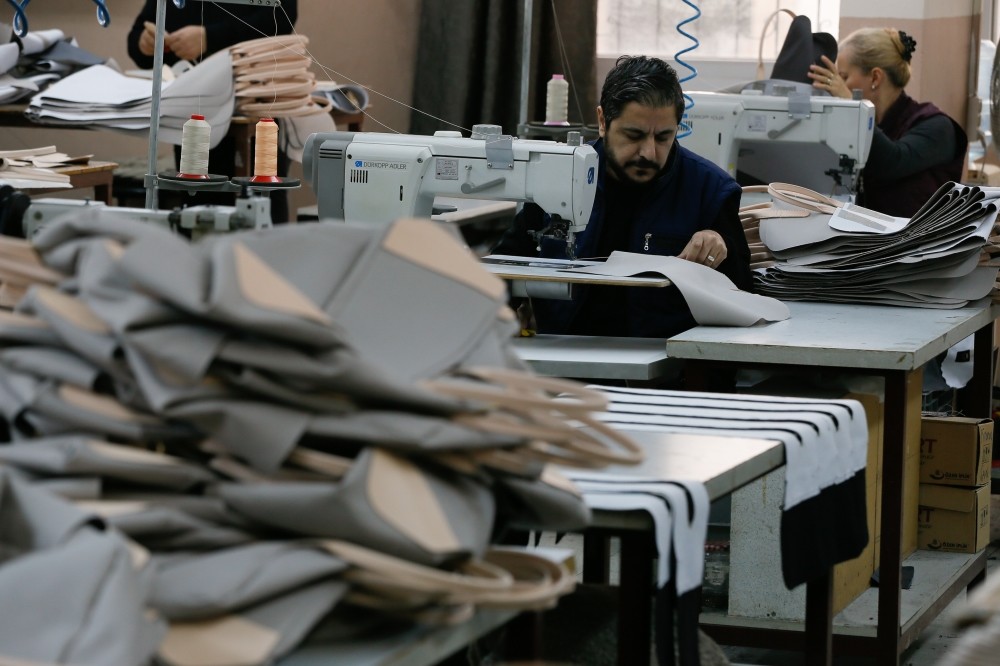 Turkey's export of saddlery to overseas markets and particularly to the European market reached $215 million in 2018, up by 13 percent compared to the previous year when exports totaled $130 million.
by Daily Sabah with AA Feb 06, 2019 12:06 am

Turkey's export of saddlery, including bags, belts and wallets, to other countries and the EU, in particular, reached $215 million in 2018, up by 13 percent compared to the previous year.

According to the Aegean Exporters Associations (EİB), Turkey carried out $190 million worth of saddlery exports in 2017.

Italy was the largest importer of Turkish saddlery products, including bags, belts and wallets, at $37 million, followed by Germany at $19 million and the U.K. at $18.5 million.

Speaking to Anadolu Agency (AA), Aegean Leather and Leather Products Exporters' Association board member, Halil Gündoğdu said that they were aiming for $300 million in saddlery exports this year.

He said bags were the most exported saddlery products. "In addition to our traditional markets, we have identified new target markets. We intend to focus on the American market and expand our export figures there. We are also exploring the Far Eastern market. Both the Exporters' Associations and the Ministry of Trade want to have a larger footing there," he added.

Gündoğdu said that Europe prefers Turkish saddlery because of the traditional craftsmanship and quality of leather.

He added that they also want to make a difference with the design. "We are working with universities on the design front," he said.

On Europe's preferences for bags, Gündoğdu said: "Generally speaking, we focus on pastel colors. Red, light green and yellow is also fashionable. Several tones of green are being used as well. Just like last year, you will European women use our bags this year."

He said that the size of bags varies by countries. "Because the weather is colder in the north, people take more clothes beside them. Practicality is as important as fashion. While people prefer slightly larger bags in the north, the size of the bags is a bit smaller in the south. But the current trend prefers smaller and medium-sized bags."