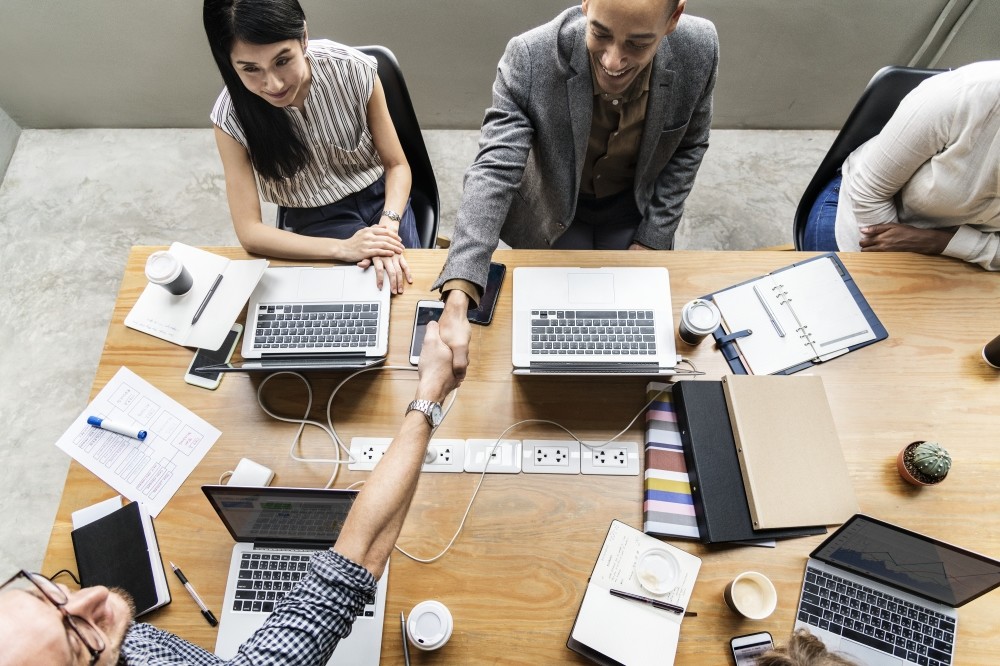 Startups.watch has announced Turkish startup ecosystem statistics for 2018. The total value of startups sold in 2018 surpassed $1.4 billion, with 100 startups receiving investments worth $59 million

Thirty startups founded in Turkey were sold in 2018. The value of these acquisitions surpassed $1.4 billion. An 82 percent stake in Trendyol sold for $728 million, Opsgenie for $295 million and Gram Games for $250 million, causing valuations for startups sold reaching all-time highs. Startups.watch, which produces data and statistics regarding the startup ecosystem by compiling data from official sources, presented the results of this research for 2018 at an event at Zorlu PSM last Tuesday. A total of 100 startups received investments worth $59 million. The event, organized with contributions by Zorlu Ventures, had social entrepreneurship as its main theme and revealed that on average, each startup received $590,000 in investments. Female entrepreneurs founded 15 percent of the startups.

Investments down, acquisitions up

In 2018, while 10 fintech startups received $17.7 million in investments, 10 software service startups received $10.9 million. Two marketing technologies startups received $8.5 million in investments. Judging by the number of investments, fields receiving special attention for startups were e-commerce with seven, marketplaces with six, food with six, Internet of things with five and artificial intelligence with five. Venture capital funds and institutions that invested in artificial intelligence-focused startups fell far short of investments the state made via the Scientific and Technological Research Council of Turkey(TÜBİTAK). Venture capital funds have begun focusing on vertical technologies via e-commerce startups that are capable of achieving fast results. The increase of such funds in 2019 is expected to cause an increase in similar investments.

Industry and Technology Deputy Minister Mehmet Fatih Kacır emphasized that TÜBİTAK dedicated TL 1.6 billion to digital transition projects in 2018. He said: "We've dedicated TL 240 million in support to early-stage research and development projects. In the following periods, we intend to focus on vertical technologies. Intense focus is a requirement for success. In 2018, 900 projects applied to us for funding, and we supported 475. Again, TL 240 million worth of support was dedicated to these projects in total. However, sometimes the procedures required to secure such support can be troublesome. We intend to fix this too. The public sector and the state do their fair share to support these sectors and should do even more. But the private sector must also contribute to this process. Our support for on-location research and development centers is ongoing. Companies that employ 15 or more research and development personnel receive R&D support from the ministry. We intend to see more support for the startup ecosystem from banks. In fact, we will take some steps in this regard. We're entering an era where we'll work to increase the number of our mechanisms described as 'fund of funds.' Our support for technology startups will continue to increase."

Speaking at the opening of the event where Startups.Watch announced its 2018 statistics, Türkcell CEO Kaan Terzioğlu said Türkcell is also a startup company. Terzioğlu said: "In the following period, telecommunications companies will have three sources of revenue: traffic management, mobile payment technologies and technologies, allowing people to access software securely. This is the most important message I'll be giving to investors. These three subjects are fields that will accelerate the thoughts of investors and create a difference. No matter which investor, we want them to share our capabilities. We've defined fields such as instant messaging, newspapers, magazines and music, as well as TV viewership and cloud services, as our main business areas, have heavily invested in these areas and currently have multiplied 32 minutes by 10, and still have a long way to go. While doing these, it's hard to be far from entrepreneurship." Terzioğlu told attendees about their fast entry service and said that 1.2 million people could use the Hadi competition simultaneously with no problems on Dec. 31, adding, "Wherever you give us the opportunity to spend more time with our customers, we'll be there."

Terzioğlu said artificial intelligence is one of the most talked-about subjects regarding the future and in every sector and every field it will be used in a variety of ways.

Terzioğlu indicated that they would open data centers for all startups meeting the pre-selection criteria, thus supporting aspiring entrepreneurs. Türkcell announced that it would provide TL 100,000 of cloud support to the Evreka Mektepp and e-bursum startups.

MentalUP, a startup to develop the capabilities of children to think and learn that was supported within Türk Telekom's startup accelerator platform PİLOT in 2016, has succeeded in becoming a gamified education platform. The startup, which shared the success it has achieved at the Startups.watch event, has also started to represent Turkey in the international arena by initiating global operations. Türk Telekom's venture capital fund TT Ventures has obtained a 6.9 percent share in MentalUP.

Emre Özgündüz, one of the founding partners of MentalUP, said with Reşit Doğan they have developed MentalUP to contribute to the mental development of children, while allowing them to use technology in a beneficial way. He said: "With industry 4.0, there is also a digital transition in the field of education. As part of the work and studies being conducted toward Education 4.0, the use of game-based educational technologies is increasingly becoming more common around the world. We've developed MentalUP in accordance to the principles and goals of this new education system. Children will be able to play entertaining educational games on this platform without getting bored, and parents will be able to track the development of their children via daily reports."

Özgündüz, saying that since the 2016-2017 education year they have been providing MentalUP as an institutional application for primary schools, said: "In the same year, through the internet and application stores, we've presented our product to end users. Today, MentalUP is used in more than 200 schools and has become an app sold in 56 different countries and four different languages. It has been downloaded more than 2 million times. It has more than 70,000 paid users. It is among the most popular and loved apps in its category with 25,000 comments and is rated 4.8 out of 5."

All teams accepted to the PİLOT program in its next period will receive TL 125,000 cash support and many other opportunities, such as access to a wide network of mentors and investors, office space and technology infrastructure. Also, teams coming to participate in the project from other cities will be provided with accommodations.

The application period for the next term of PİLOT, implemented in 2013 by Türk Telekom to support technology startups, to provide customers with innovative products and services by cooperating with startups and to contribute to the startup ecosystem, began on Feb. 4. Türk Telekom will accept applications from technology startups with innovative business ideas that it will be able to cooperate with for the seventh period of PİLOT through the www.turktelekompilot.com.tr website.

Institutions made one of every three investments

2018 was the year with the most investment contributions from institutions that supported 19 percent of investments. They also participated in 30 of 100 investments. Thus, 2018 surpassed previous years in both investment value and count. In brief, one of every three startups was supported by institutions. İşbank announced that its venture capital fund Maxis would make its first investments in 2019.

Entrepreneurs at idea stages received much more support from TÜBİTAK and the Small and Medium Industry Development Organization (KOSGEB) than angel investors and venture capital funds. While entrepreneurs received $400,000 at the idea stage from angel investors and venture capital funds, they received $12.2 million from state institutions, making the state the largest angel investor in the sector. While the state continues to be the largest supporter of startups in the idea stage, its startup acceleration program still has limited effect despite the publicity it receives.

Those that stopped operations of their first funds in 2018 have begun working to establish second funds. Albaraka Fintech Fund, BIST GSYF, Collective Spark, Finberg, Investurco, Teknogirişim GSYF, TT Ventures and Vinci participated in the startup ecosystem in 2018 with the funds they created. Collective Spark increased its activities by investing in Tarfin and Mutlubiev in the last quarter of 2018.

Notes from the Startups. watch report

Better than Eastern and Southeastern Europe, but far behind Western Europe

While Turkey fell far behind countries such as the U.K., Germany, France, Sweden and Switzerland in angel and venture capital funding, it ranked above many countries in Eastern Europe. Turkey closed 2018 with total investments slightly above that of countries such as Hungary, Poland, Greece, Malta, Slovenia and the Czech Republic.

While startups received $354 of investments per capita from angel and venture capital investors, in Turkey it was $0.74. Thus, Turkey was only above countries such as Bulgaria, Belarus, Romania, Ukraine and Iran.

H. Mete Güneş, representing İşbank at the event, said while in 2018 they provided all kinds of support except funding to startups, 2019 will be a year of investments for them and said they will take steps with the venture capital fund: Maxis. Güneş emphasized that they have opened their doors for social startups such as Tolkido, Givin and Yuvarla, providing them support in a variety of ways and will continue contributing with the Workup acceleration program. Güneş indicated that their support for social startups that began with Yuvarla would continue with Givin and Tolkido.

İnanç Erol, chairman of the executive board of NGN, indicated that their doors are open for all startups thinking globally, and they are ready to provide any kind of support necessary. At an event organized at İTÜ Arı Teknokent, Erol added that they also wish to support www.subscreasy.com, which they already support with cloud services, in other ways. Erol also gifted cloud services support to social startup Kodluyoruz.org. He added that they would support software companies to ensure that global-scale software companies are founded in Turkey.

Limak Enerji CEO Birol Ergüven emphasized that they wish to support startups with their acceleration program, Turkey Energy Academy, and called on all startups and entrepreneurs wishing to shape the future of the energy sector to participate. Ergüven said that he closely follows the ideas and solutions of entrepreneurs regarding the distribution and consumption of electricity.