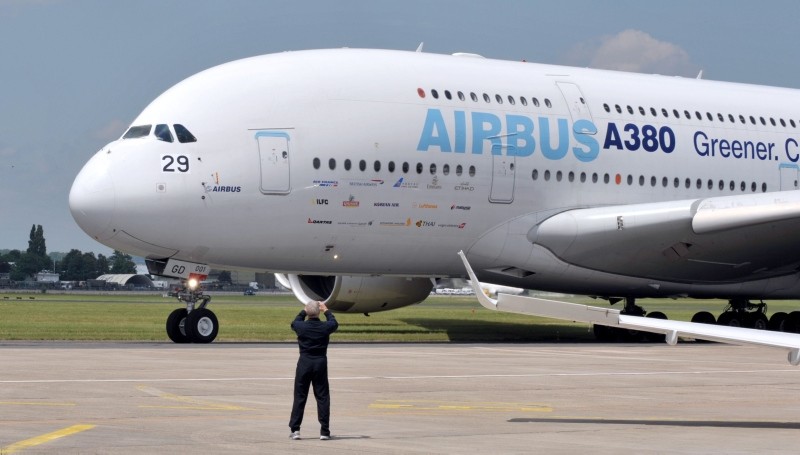 | Reuters Photo
by Compiled from Wire Services Feb 14, 2019 9:10 am
European aviation giant Airbus said Thursday it will stop making its superjumbo A380 in 2021 for lack of customers, abandoning the world's biggest passenger jet and one of the aviation industry's most ambitious and most troubled endeavors.

Barely a decade after the 500-plus-seat plane started carrying passengers, Airbus said in a statement that key client Emirates is cutting back its orders for the plane, and as a result, "we have no substantial A380 backlog and hence no basis to sustain production."

The decision could hurt up to 3,500 jobs, Airbus said. The company is releasing its 2018 annual earnings later Thursday and said the decision is expected to impact the results.

The decision is a boon for rival Boeing and a crushing blow for Airbus. The European plane maker had hoped the A380 would squeeze out Boeing's 747 and revolutionize air travel as more people take to the skies.

Instead, airlines have been cautious about committing to the costly plane, so huge that airports had to build new runways and modify terminals to accommodate it.

Making its maiden flight in 2005 and seated more than 500 passengers, the A380 was a major step in Airbus's efforts to compete on equal terms with Boeing and challenge what had been a cash cow for its arch-rival.

But sales of the industry's largest four-engined jets have fallen due to improvements in lighter twin-engined alternatives, such as the Boeing 787 and 777 or Airbus's own A350.

The A380 had troubles from the start, including tensions between Airbus' French and German management and protracted production delays and cost overruns. Those prompted a company restructuring that cost thousands of jobs.

Industry experts initially expected A380s to long outlast the 747, which is celebrating its 50th birthday this year.

When it started taking on passengers in 2008, the A380 was hailed for its roominess, large windows, high ceilings and quieter engines. Some carriers put in showers, lounges, duty free shops, bars on both decks.