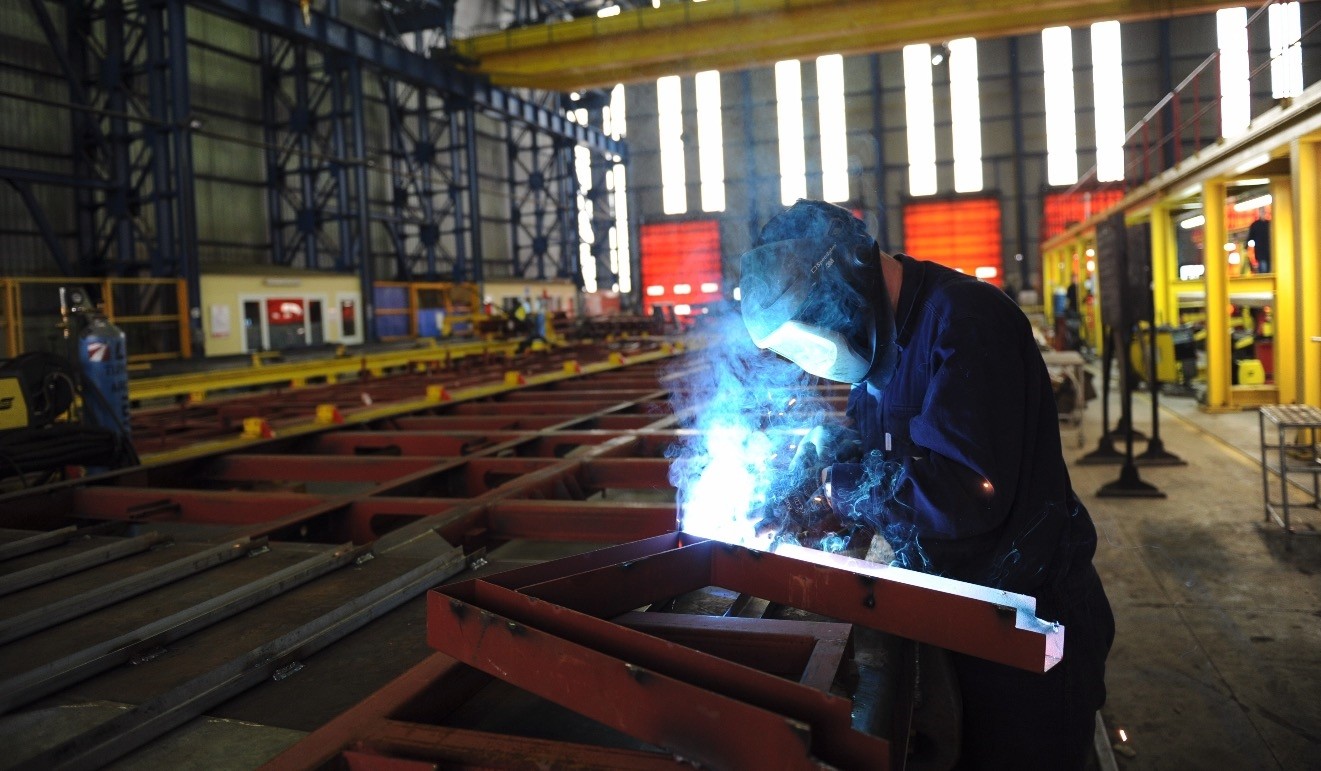 Out of TL 20 billion of resources allocated for the transportation and communications sector, TL 7.5 billion will be used for railroad projects.
by Daily Sabah Feb 20, 2019 12:07 am

As part of its investment program, the Turkish government aims to implement 2,964 new projects this year, with the transport and communications sector taking the lion's share in public investment

The Turkish government plans to implement 2,964 projects for TL 977.8 billion, a 2018-end cumulative expenditure of TL 409.2 billion and an initial allowance of TL 65.4 billion this year. Under the presidential decree for the government's 2019 Investment Program, which has been published in the Official Gazette, the transport and communications sector holds the lion's share of public investments with TL 20.3 billion, while investments in many sectors, from education to health, and from social security to energy, will continue nonstop. The program, which was prepared in line with the three-year Medium-Term Program, consists of three pillars, namely "study, ongoing and new" projects.

The 2019 Investment Program, which was prepared in line with the three-year Medium-Term Program, consists of three pillars, namely "study, ongoing and new" projects.

Within the scope of Supporting the Infrastructure of the Villages Project, TL 1.4 billion was allocated to the infrastructure needs of villages and TL 836.5 million to municipalities' drinking water and wastewater projects. These allowances were not included in the investment program. The principles regarding the distribution, utilization and monitoring of the additional allowances to be transferred throughout the year upon need will be decided by the president.

BOTAŞ will be followed by Turkey's Electrical Transmission Company (TEİAŞ), which, with its 31 projects this year, will receive TL 1.99 billion. Turkey's State Hydraulic Works follows TEİAŞ as the third-largest recipient and will receive TL 1.12 billion for its 11 projects.

In the mining sector, the biggest share of public investment will be given to Turkish Petroleum with TL 1.26 billion for the company's 13 ongoing and planned projects in 2019. The Mineral Research and Exploration General Directorate (MTA) will obtain TL 315.49 million for its six projects while Turkey's Electricity Generation Company (EÜAŞ) will be allocated TL 168.26 million for its eight projects.

While TL 65.4 billion of resources were allocated to public investments this year, the transport and communications sector took the lion's share with about TL 20.3 billion. TL 13.3 billion of public investment will be spent on new projects, TL 51.1 billion on ongoing projects and TL 980.6 million on study projects. While TL 7.5 billion of the amount allocated to the transport sector will be used for railroad projects, with TL 6.7 billion for roads, TL 4.3 billion for urban transportation, TL 1 billion for airway, TL 344 million for motorways, TL 321.6 million for maritime, and TL 151.8 million for communication investments. In this year's public investments, other public services in economic and social areas held the second largest share with TL 12.9 billion right after transportation, followed by education with TL 10.8 billion, energy with TL 7.7 billion, health care with TL 5 billion, agriculture with TL 4.9 billion, mining with TL 2.1 billion, manufacturing with TL 841.1 million, housing with TL 406.2 million, and the tourism sector with TL 343.5 million. While TL 13.8 billion will be used by State Economic Enterprises and TL 85.2 million by institutions within the scope of privatization. Meanwhile, TL 52.8 billion of resources were also allocated to local governments.