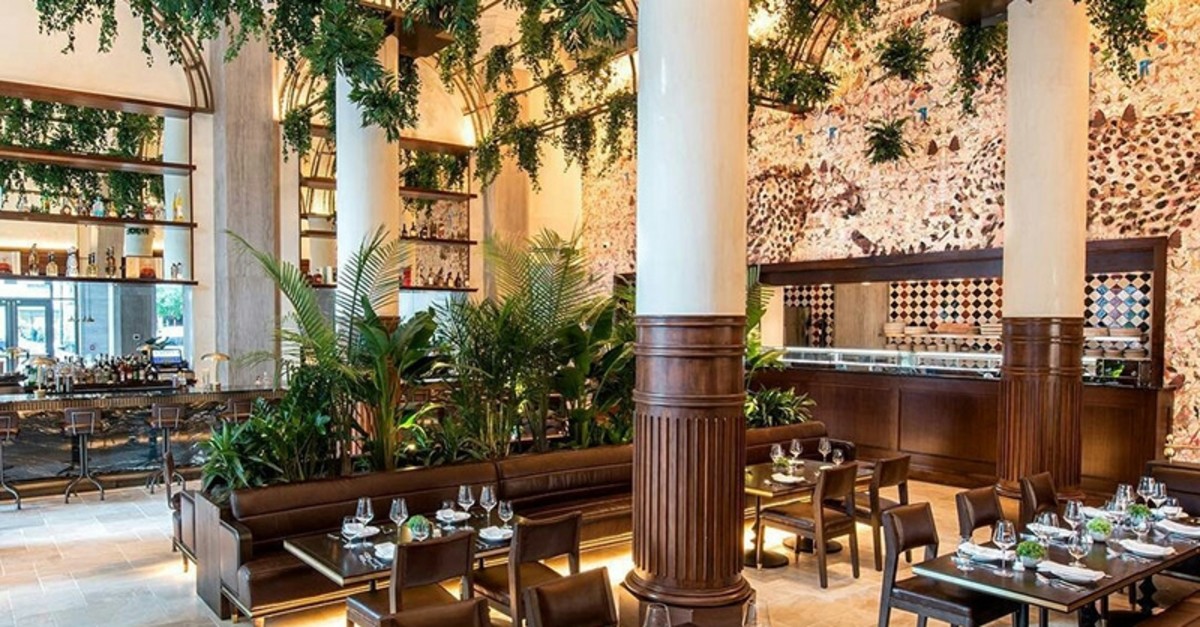 A Turkish-owned restaurant owned in Boston, Massachusetts was awarded with the design of the year award by the U.S.-based food and dining network Eater, reports said Thursday.

Nahita, a title derived from the ancient name of Niğde province in central Turkey, was announced as the award winner in an article published on the Boston Eater's website on Feb. 20 titled "Nahita Effortlessly Blends the Brutal and the Serene."

The spacious restaurant has transformed its "brutal" space marked by massive concrete columns into serene setting by incorporating greenery and exotic murals into the design that give it a "tropical rainforest" feel, the article said.

The restaurant, opened in September 2018 by Istanbul-based Doğuş Restaurant Entertainment and Management D.ream, brings together the flavors of Japan, Peru and Mexico in stunningly-plated dishes.

D.ream is also the company behind "Salt Bae's" Nusr-Et steakhouses and Japanese izakaya-style Zuma restaurants, among other projects.