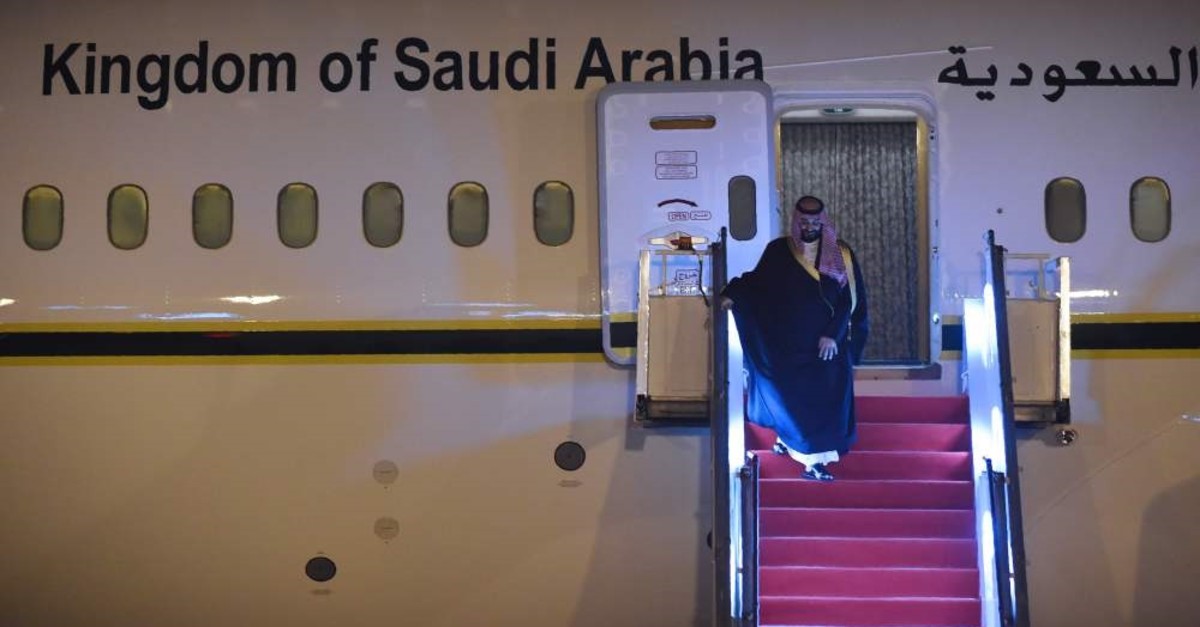 In an effort to try to save his image and gain international support, Saudi Crown Prince Mohammed bin Salman promised billions of dollars of investments during his three-country Asia tour last week

It is hard to imagine that Saudi Crown Prince Mohammed bin Salman would get as warm a welcome anywhere in the world as he did during his first major tour outside the Middle East ever since the Jamal Khashoggi murder hit international headlines.

The crown prince, also known by his initials MBS, was on a three-country Asian tour last week, not only looking to expand ties but to rebuild his image that has seriously been tarnished not only in the U.S. and Europe but also in the Muslim world. All this transpired following the murder of the dissident Washington Post journalist Jamal Khashoggi in the Saudi Consulate in Istanbul last October.

Splashing billions of dollars of promised investments marked the overseas visits he has made since taking office in 2017. All of the undertakings came amid an oil price slump, which Saudi Arabia relies on to fund its economy. Many have said the crown prince's latest Asia tour was nothing more than a post-Khashoggi photo-op to rebuild his reputation and boost international support.

In the meantime, his visits to Indonesia and Malaysia, both Muslim-majority countries, were suddenly canceled, without any explanation. Such schedule changes are generally because of security issues, including fear of hostile demonstrations.

Fighter jets escorting his plane across Pakistani airspace, the lavish welcome and live coverage that lasted for hours were all part of MBS's official visit to Islamabad, which was delayed a day without no further explanation.

Saudi Arabia and Pakistan sealed a number of trade and investment deals in energy, petrochemicals, agriculture and renewable energy fields, amounting to some $20 billion.

"This $20 billion investment is a beginning," Salman was quoted as saying during his address in Islamabad.

Indian Prime Minister Narendra Modi broke government protocol and personally welcomed MBS at the airport in New Delhi, where a red carpet was rolled out for him.

On the sidelines of the visit, MBS said, "We expect the opportunities we are targeting in India in various fields to exceed $100 billion in the coming two years."

Fields of interest are said to be energy, infrastructure, agriculture and manufacturing, while the kingdom also seeks to expand its non-oil trade with India.

The crown prince, as usua

l, capitalized on photo opportunities during his tour, and he did not miss a chance to pose for a photograph with Chinese President Xi Jinping.

MBS inked a $10 billion deal for a refining and petrochemical complex in China. The two countries were reported to have sealed 35 economic cooperation agreements worth a total $28 billion.

The situation back home, however, does not seem all sunshine and smiles for the crown prince. Seeking to spur economic growth following the three-year slump in oil prices, which saw Brent prices fall below $30 per barrel in the first quarter of 2016, the country cut spending and borrowed from international and domestic markets.

The kingdom is vying for a major economic transformation and is implementing reforms under the Vision 2030, its strategic orientation for the next 15 years, announced in April 2016. It seeks to help wean the country off oil and move toward a more diversified and privatized structure. However, two years later, it seems to still be the main resource of the Saudi economy, proven by the deals inked during the Asia tour.

From the rise in spending points to the slowing of Saudi Arabia's drive to cut its big state budget deficit, all of it was caused by the oil price slump. The gap stood at 136 billion riyals last year, while the country projects only a minimal decline in the deficit to 131 billion riyals for this year.

Besides higher oil export revenues, Saudi Arabia managed to boost its non-oil revenues last year with the introduction of a 5 percent value-added tax at the beginning of last year.

The public debt of the country stood at 560 billion riyals

On the other hand, according to the projections revealed in December, the kingdom sees the growth in the non-oil part of the economy, a key to creating new jobs, rising up to only 2.5 percent this year, up from 2.3 percent in 2018.

Saudi Arabia projects its oil revenues to hit $176.5 billion this year, up from $162 billion in 2018, a forecast that some economists called unrealistic. Accordingly, the oil is forecast to account for 68 percent of total state revenues this year. The Saudi government did not announce the average oil price on which its forecasts are based. Many economists and analysts think oil prices are unlikely to rise much if at all this year.

Jihad Azour, director of the International Monetary Fund's (IMF) Middle East and Central Asia department, was cited by Reuters earlier this month as saying that Saudi Arabia would need oil priced at $80-$85 a barrel to balance its budget this year. The price stood at $65 a barrel yesterday.

According to the U.S. Energy Information Administration (EIA), Brent crude oil spot prices averaged $59 per barrel in January, up $2 from December of last year but $10 lower than the average in January of last year.

In January of this year, the IMF lowered its 2019 economic growth forecast for Saudi Arabia and the region over low oil prices and crude output along with rising geopolitical tensions.

It slashed the 2019 growth outlook for Saudi Arabia, the region's largest economy, to 1.8 percent, which is 0.6 percent less than its previous forecast released in October last year.

The country's economy grew by 2.21 percent last year, boosted by strong oil sector growth and recovering from a contraction in 2017. The kingdom's economy shrank 0.74 percent in 2017, the first annual decline since the global financial crisis nearly a decade earlier. On the other hand, unemployment in the country stood at 12.8 percent in the third quarter of 2018. Saudi Arabia saw the rate going up to 12.9 percent in the first quarter of last year, the highest level recorded by the statistics agency in data going back to 1999.

'WANNABE' LEADER OF THE ISLAMIC WORLD

Saudi Arabia and its royal family have long considered themselves leaders of the Islamic world. However, that sentiment seems to be vanishing due to the kingdom and MBS's policies on many issues. For instance, the crown prince's reputation was severely damaged particularly due to his alleged links to the murder of Jamal Khashoggi.

Khashoggi was killed and dismembered by a group of Saudi operatives in the country's consulate in Istanbul on Oct. 2, 2018. Initially denying and later downplaying the incident as an accidental killing in a fistfight, almost three weeks after the disappearance, Riyadh finally admitted that Khashoggi was murdered in a premeditated fashion but denied any involvement of the royal family.

MBS is also being considered as the architect of the war in Yemen. He and his country, as well as the United Arab Emirates (UAE), have been condemned on many occasions for their role in the war.

Yemen has been wracked by conflict since 2014, when Shiite Houthi rebels overran much of the country.

MBS, who is also the incumbent defense minister, and Saudi Arabia's allies launched Operation Decisive Storm in March 2015. The war has resulted in the worst humanitarian crisis in the world with an estimated 24 million people, close to 80 percent of the population, in need of assistance and protection in Yemen, according to the U.N. A series of international warnings and continuing military support from Western countries, which includes arms sales, for the Saudi-led coalition, prompts further fears of escalating the humanitarian crisis in the country.

At the time of his appointment, MBS was portrayed as a reformist figure at home, bringing in new policies, particularly on women's rights. Yet with his regional moves, he has come out as a hawkish actor, particularly for Riyadh's regional rival, Tehran.

The crown prince is also known for his close ties with Israel, despite Tel Aviv's harsh policies toward the Palestinian people in the occupied territories.

On the other hand, arrests of human right activists have risen under MBS, according to human right groups. In addition, the country has been ranked as one of the top countries in terms of executions in the world. According to the European-Saudi Organization for Human Rights, 143 people were executed in Saudi Arabia in 2018 alone.

It also said that many foreign workers have faced the death penalty in the country, with activist and human rights groups saying most of them coming from Indonesia, the Philippines, Sri Lanka, India and Ethiopia.

Estimates are being made on how many people are facing execution in the country, however, the exact number is said to be much higher as Saudi Arabia does not publish official figures on the issue. Some reports have claimed that more than 2,100 people are waiting in line in Saudi prisons to be executed until 2030 - a picture clarifying the 2030 vision of the young and ambitious crown prince.