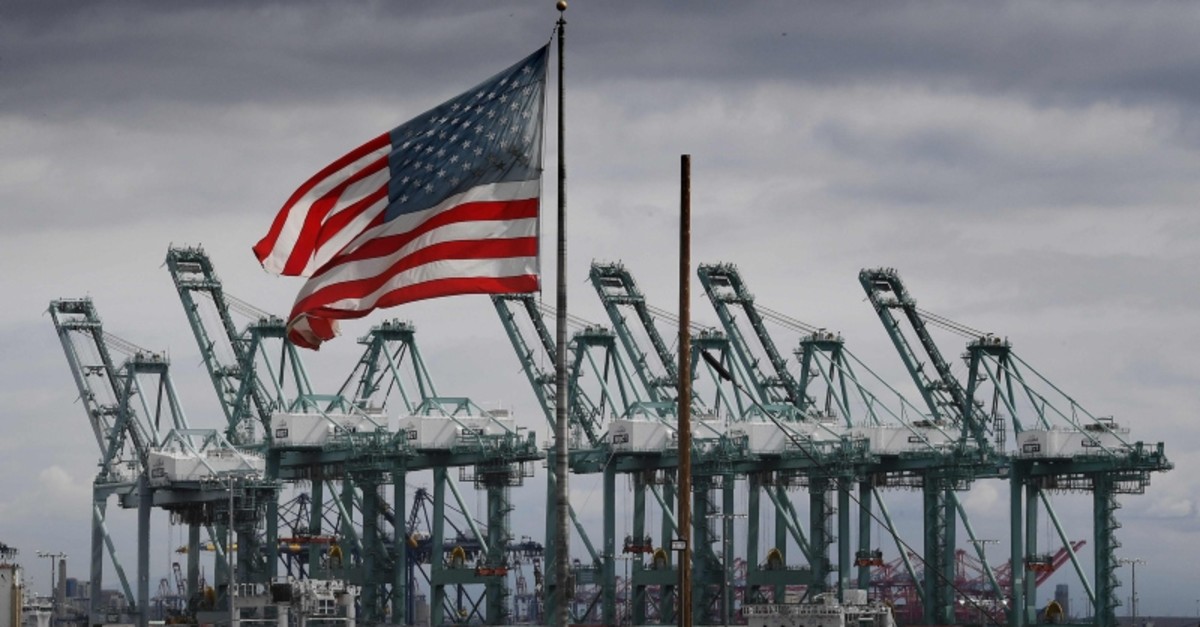 The U.S. trade deficit jumped nearly 19 percent in December, pushing the trade imbalance for all of 2018 to widen to a decade-long high of $621 billion. The gap with China on goods widened to an all-time record of $419.2 billion.

The Commerce Department figures released Wednesday undermined a key commitment by President Donald Trump, who promised to cut the trade imbalance on the belief that it would bring back overseas factory jobs and bolster the broader U.S. economy.

But America's dependence on imports appears to have increased after the tariffs that Trump imposed last year on foreign steel, aluminum and Chinese products. An acceleration in economic growth last year from Trump's debt-funded tax cuts helped to boost the appetite for foreign goods.

The gap between what the United States sells and what it buys from other countries rose to $59.8 billion in December from $50.3 billion in November, the Commerce Department said. Adjusted for inflation, December was the highest imbalance on trade goods in U.S. history.

On an annual basis, the trade gap widened 12.5 percent. The trade gap reached the largest total since 2008, when it was $708.7 billion. That imbalance fell in the aftermath of that year's financial crisis as the United States and other nations plunged into severe recessions.

Trump hit roughly half of Chinese imports with taxes last year, a move designed to kickstart trade negotiations with the goal of increasing exports to that country and stopping the forced turnover of U.S. technology and theft of intellectual property.

China retaliated, and the simmering trade war roiled financial markets last year. U.S. and Chinese officials have recently signaled that they're close to some kind of agreement, although China has only bolstered its commitment to investing in and developing its technology sector and questions about how to enforce any trade rules remain.

In addition to a record trade gap in goods with China, the imbalance reached new peaks with Mexico ($81.5 billion) and the European Union ($169.3 billion). The United States ran a record surplus last year with South and Central America.