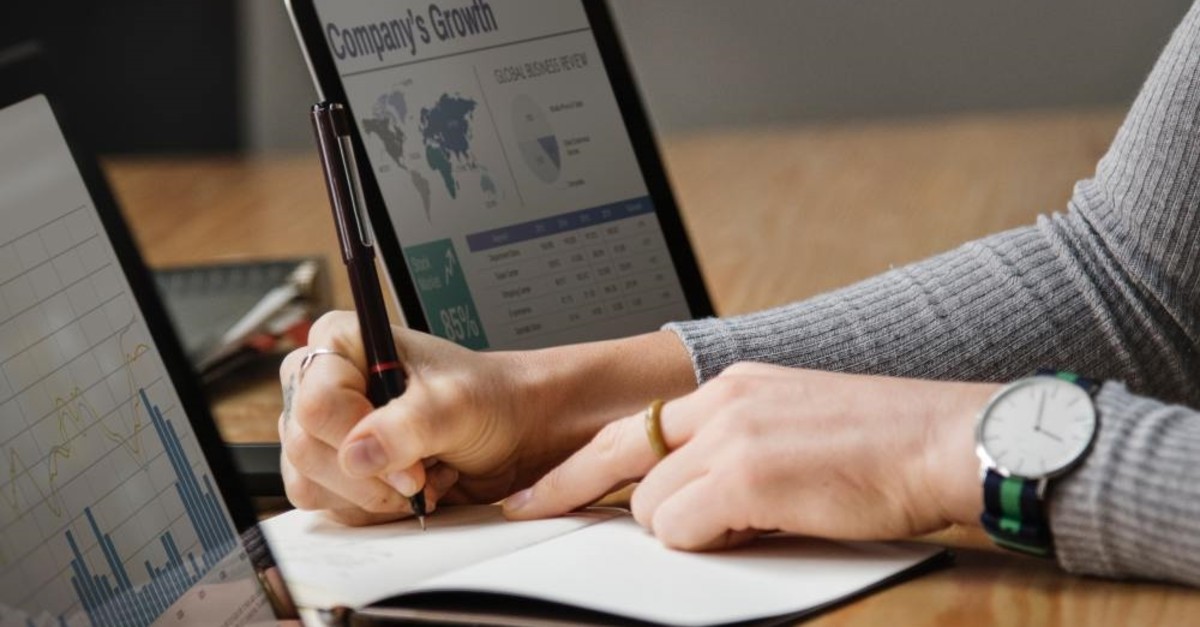 The average rate of women founders in technology and internet ventures in Turkey over the last eight years is around 14 percent. Women entrepreneurs are undertaking ventures especially in e-commerce, market place and biotechnology

Women entrepreneurs in Turkey are mostly doing business in e-commerce, followed by marketplace and biotechnology ventures. According to Startups.watch, a research institute specializing in the entrepreneurial ecosystem, the ratio of women entrepreneurs doing business over the internet and technology from 2010 to 2018 is around 14 percent. This figure in 2018 was 16.9 percent. Given that the world average is 17 percent, this ratio is quite insufficient. While the world average was around 9 percent in 2010, it reached a constant figure of 17 percent in the last three years. In Turkey's shallow entrepreneurial ecosystem, the ratio varies between 11 and 17 percent. Women-led technology ventures can change the world and Turkey in this regard.

Women-led ventures may bring emotional intelligence lacking in men. Increasing the number of women entrepreneurs in cybersecurity, gaming, health care and social enterprises will give more depth to each issue and accelerate social development.

When we look at the figures announced by Startups.watch analyst Senem Deniz Sağıroğlu Ünsal, Turkey is not far behind global averages. Considering the investments in the ventures, the investments of our women entrepreneurs vary between 11 and 61 percent. In 2012, $31.4 million was invested in ventures in Turkey, 61 percent of which were undertaken by women entrepreneurs. Of course, the inv

estment in Trendyol, founded by a woman entrepreneur, is quite instrumental in this figure. This rate, which recovered from its downward trend in 2013 and rose to 27 percent in 2018, is expected to exceed 30 percent this year. It is only a matter of time before the band is exceeded with our women who play a more active role in the sector and work harder.

The acquisition of Trendyol by Alibaba at a record price last year was good news for our entrepreneurial ecosystem, and it was very valuable because Trendyol is led by a woman entrepreneur. Similarly, the fact that Insider, also led by a woman founder, received investment from Sequoia Capital was one of the most pleasing new items in the previous year. Aytül Erçil's breakout with her first venture and further investments in her second venture, Vispera, made us proud. Professor Zehra Çataltepe, co-founder of Tazi.ai, inspires students and other women entrepreneurs with her unique enthusiasm too.

Toward women's leadership, step by step

From 2010 to 2018, women entrepreneurs undertook ventures in e-commerce, market place, biotechnology, infant-related issues and parental issues. The role of women who prioritize social benefit, not individual benefit, is also evident in the areas of ventures they established.

Artificial intelligence (AI), autonomous vehicles and financial technology (fintech) issues have taken the biggest share in investments in recent years. In the world of technology, women entrepreneurs should be present with new ventures, especially on these issues.

We believe that the future of banks depends on establishing good relations with fintech companies," he said. "As part of our investments starting with the Albaraka Garaj Acceleration Center, we established the Albaraka Fintech Venture Capital Investment Fund approximately six months ago through our Albaraka Asset Management Company. The fact that our fund made its first two investments in Kartoon 3D and Inooster companies, Albaraka Garaj's ventures from the previous period, is quite pleasing."

Projects that contribute to environment and society

Technology ventures have the ability to transform society, not just institutions and individuals. At this stage, Mercedes-Benz Türk, which has one of the biggest automotive investments in Turkey, launched its corporate social responsibility project in 2017 on its 50th anniversary. The third installment of the Mercedes-Benz Türk StartUP competition began on March 4.

This year, the Mercedes-Benz Turkish StartUP competition invites startups that contribute to one or more of the Sustainable Development Goals, benefit society and the environment and depend on technology. The 10 finalists in the Mercedes-Benz Turkish StartUP competition will be given a special development program called StartUP Boost and a visit to Germany. In addition, a total of TL 150,000 will be awarded in three different categories to the top three startups. In 2019, the Technology and Social Benefit categories will continue to be awarded as in previous years. In addition to these two categories, the Jury Special Award has been included in the program this year.

One of the three grand prizes in the Mercedes-Benz Turkish StartUP competition this year will be given to a startup that supports women's empowerment.

Mercedes-Benz Turk, one of the largest foreign-owned companies in Turkey, has started to accept applications for this years Mercedes-Benz Turkish StartUP competition, which was launched in 2017 as part of its 50th anniversary. Applications can be submitted via www.mbtstartup.com until midnight on April 26, 2019.

A door to 350M people in Arab world

Bahrain University and the Bahrain Development Bank claim that with the fund of funds and regulatory support, ventures have the key to expanding and opening to the Arab world and the Gulf easily. Financial technology ventures take the lead here.

Bahrain, which enables technology ventures to reach the Arabic-speaking population of approximately 350 million and the Gulf economies, organized the StartUp Bahrain event for the second time, offering all ventures the opportunity to test products or services in Arabic-speaking countries before launching them in the market. In the event, when investors and entrepreneurs from the Gulf Countries, the United Kingdom and India have shown interest, investment opportunities in the region are discussed.

A center for entrepreneurs

Executive Board of the Bahrain Economic Development Board Chairman Khalid Al Rumaihi said Startup Bahrain events offer an inspiring week to encourage innovation and growth for entrepreneurs and investors. "We are looking forward to sharing information, great ideas and most importantly, opportunities in Bahrain," he continued. "Now we see the transformation of our financial services sector due to the impact of technology ventures that change the game. We hope to see technology play a role in production and other sectors that lead us to the fourth industrial revolution."

Bahrain focuses on creating a regional center for entrepreneurs as part of its efforts to meet the targets for Economic Vision 2030. Startup Bahrain, held on March 3-10, hosts entrepreneurs and investors from the United Kingdom and India as well as Gulf and Arab countries.

Startup Bahrain attracts key stakeholders, including investors, companies, accelerators, incubators, educational institutions and government agencies. More than 2,500 delegates have taken part in events organized for a week with more than 20 speakers in attendance. The Bahrain Central Bank and Bahrain Development Bank (BDB) are implementing special regulatory packages (Regulatory Sandbox) for entry into the market by financial technology ventures and aim to finalize the studies in about one-and-a-half years. Similarly, the University of Bahrain gave information about projects carried out on cybersecurity, water security, financial technologies and blockchain.

Bahrain, which wants to become one of the centers of the active entrepreneurial ecosystem in the Gulf region and Arabic speaking countries, offers special support programs. It provides regulatory support for ventures specializing in cryptocurrency such as Rain, paving the way for licensing in 1.5 years. Fintech venture Rain strives to be effective in Arabic-speaking countries, creating a virtual office for double-sided crypto trading with mobile applications.

Brands to solve problems via SMS

Operators are ready for internet-based ventures such as WhatsApp and Skype. Turkish AI venture Cbot became one of the top 20 companies in the world developing applications on the Rich Communication Service (RCS) project released by Google for the first time at the Mobile World Congress (MWC 2019). It was announced with a special launch at MWC that Turkey's first AI-backed chatbot developed by Cbot for İşbank will serve on Google's RCS platform, which enriches SMS and MMS applications by adding more features. The Cbot and Google collaboration is breaking new ground in improving the customer experience of companies in Turkey.

Cbot, which leads the way in the sector with its chat-based artificial intelligence technologies offered to many companies, including Amazon, eBay, İş Bank, ING Bank, Türk Telekom, Anadolu Hayat Emeklilik and n11, continues to carry out successful projects in Turkey and in the global arena. Türk Telekom develops the quality of its customer services through this infrastructure.

Cbot founder and CEO Mete Aktaş said that they are proud to take part in Google's RCS platform with a solution they developed as an artificial intelligence company consisting fully of Turkish engineers. "We are pleased to receive a beautiful and exciting outcome for our company's R&D [research and development] investments. It was a completely different experience to announce our project to the world at the Google Mobile World Congress," he continued. "With this project, we eliminate the need for users to download the application or go to the web page to access the services of a bank. Customers will now be able to access banks and receive instant answers to their questions by sending messages via SMS applications."

Aktaş further noted that brands would be in a closer relationship with their customers thanks to this project. Noting that brands are opening branches and ATMs, preparing web pages or developing mobile applications to facilitate the access of customers to services, Aktaş suggested without the need to download applications or log into web pages, this project allows users to reach a brand and receive services just like sending a message to a friend.

"We, as Cbot, have created the technology we developed in collaboration with Google for the first time for İş Bank. To this end, Turkey's first AI-based chatbot was made available to serve via the RCS platform, which Google enriched by adding more features to SMS and MMS applications," Aktaş noted. "With our new technology and artificial intelligence platform, the banks increase customer satisfaction in a fast and reliable way and at low costs. Thanks to our chatbots that serve over RCS, banks will be just a message away from their customers."