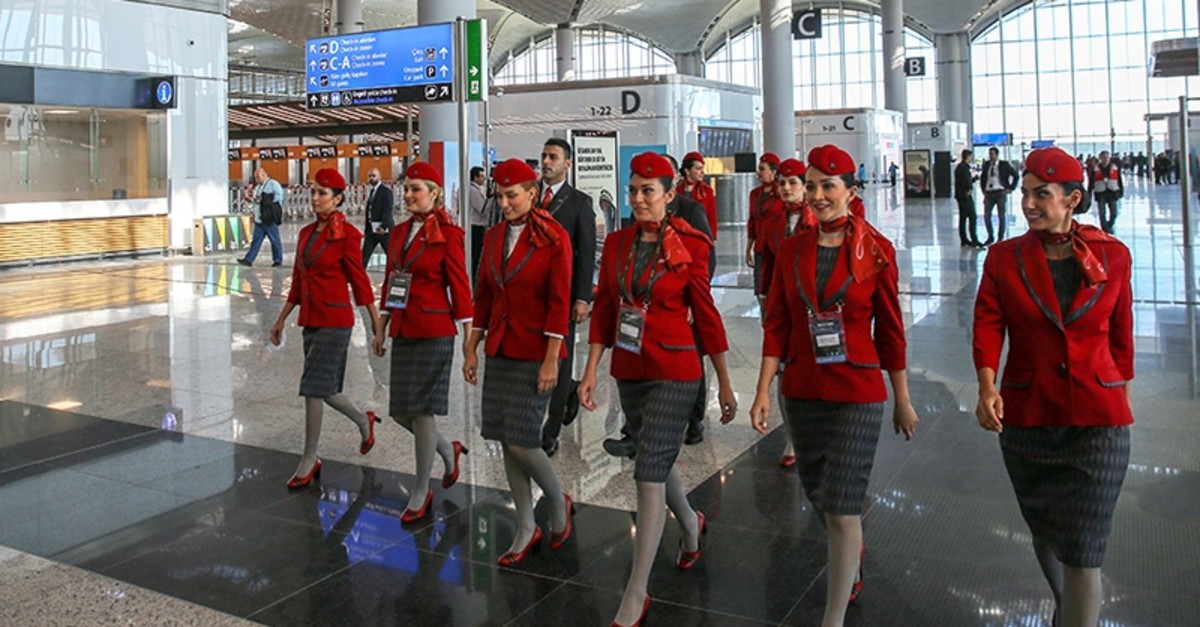 Turkish Airlines will end all scheduled flights at Atatürk Airport as of April 6 at 2 a.m. local time (April 5, 2300GMT) as it switches its operations to the new mega-Istanbul Airport, the airline said Monday.

The national flag carrier will resume all flight operations planned for Atatürk Airport from its new home Istanbul Airport as of the afternoon of April 6 at 2 p.m. local time (1100GMT), it announced on Twitter.

Istanbul Airport, the "world's new hub," officially opened on Oct. 29, 2018, the 95th anniversary of the founding of the Turkish Republic.

Once fully completed -- including four phases with six runways -- Istanbul Airport is set to serve 150 million passengers annually. At full capacity, Istanbul Airport will become a global aviation hub by hosting more than 100 airlines and flights to over 300 destinations around the world.

Meanwhile, a total of 119,268 domestic passengers and 83,310 international passengers used the Istanbul Airport in the first two months of this year. The airport hosted 911 domestic flights and 767 international flights in the said period.

Atatürk International Airport, which was commissioned in 1953 and has long served as the main base of Turkish civil aviation, will no longer serve commercial flights as of April 6. Atatürk Airport, which handled 68 million people last year, will transition to other uses, such as training activities, aviation fairs and civil use.

Turkish Airlines, founded in 1933 with a fleet of five aircraft, currently has over 330 aircraft, including passenger and cargo planes, and flies to 306 destinations in 124 countries.