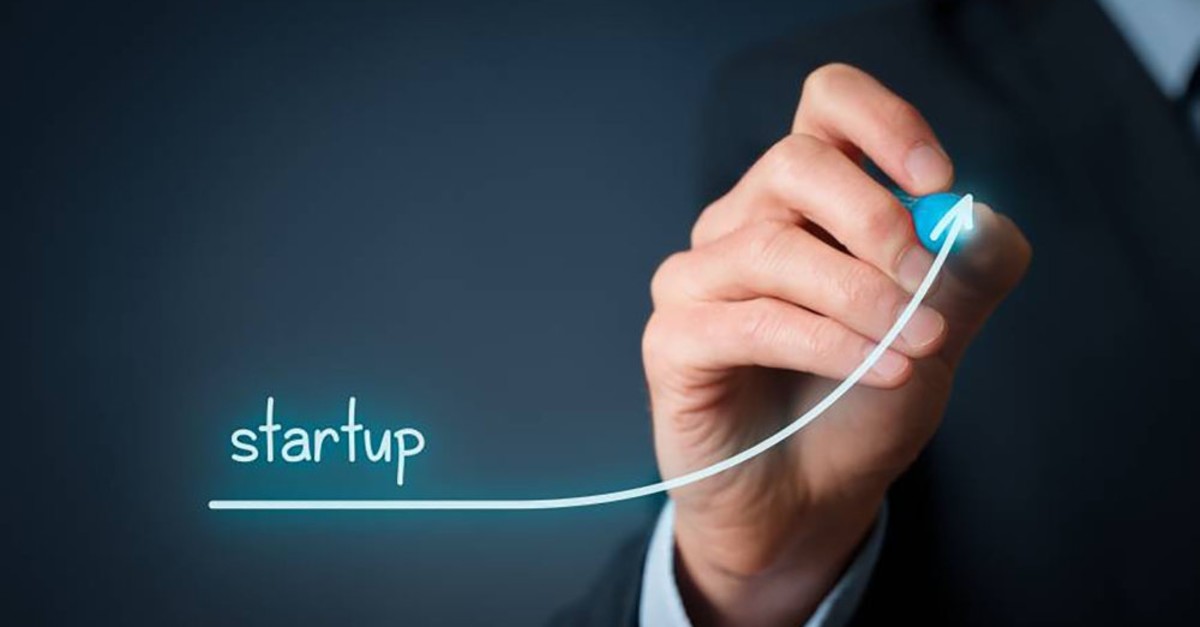 Major companies using the 2001 crisis as an excuse focused on their core businesses, allowing Serkan Borançılı, the co-founder of Gittigidiyor, and his team to grow one of the leading e-commerce sites in Turkey. ‘Small enterprises cannot make excuses and have to fight for survival,' Borançılı said and shared his experiences of his new venture, Getir, with entrepreneurs

Serkan Borançılı, who took the stage at an event where Startups.Watch 2018 figures were announced, spoke of his investment decisions after his successful venture. Borançılı, who is part of the successful team that founded Gittigidiyor, one of the leading e-commerce sites in Turkey, and sold it to eBay, continues with the Getir project as an investor. In his speech at the event, Borançılı said they took advantage of that fact that major companies were hesitant to go beyond their business in the light of the 2001 crisis, and that many companies that were considering rivaling Gittigidiyor backed down in this regard.

"In spite of everything, we had to decide to stand up and continue to grow. We founded Gittigidiyor on Feb. 5, 2001. When major groups decided to focus on their core business by using the 2001 crisis as an excuse, an important opportunity came up for us. The opportunity for small entrepreneurs emerges when major companies are afraid of new ideas," he continued, adding small enterprises have to produce solutions instead of excuses. Recalling that it was possible for two friends to start a business in a garage 18 years ago and be successful, Borançılı stressed now it is time for a good team that has mastered figures and technology. Explaining today's conditions of competition and the project's origin story, he said the positive side in comparison to 18 years ago is that customers are now ready. "In 2001, there were 50,000 customers. Now mobile penetration is close to 100 percent," he added. "Millions of customers are ready. The Getir project belongs to Nazım Salur." He said that with this venture, around 200 to 300 pieces of product are stored and delivered to customers in an average of 10 minutes. Borançılı said he first discussed the project with Salur, thought about it overnight and decided to be a part of the venture to break new ground in Turkey, adding he then made the first investment in Salur's project.

Simple idea with a complex structure

The application is extremely simple for the user, but on the executives' side, it is a rather complicated operation. Borançılı explained the process behind this complex and fully location-based algorithm, excluding Getir Yemek, they have 76 warehouses in Istanbul with a data team of 30 people. "The data team tells us where we need to open the warehouse. We are setting up the right warehouse with the failure of two streets. We decide which order will fall on what courier based on the algorithm," he further explained. "We follow the habits of users at any moment. We never send cat food notifications to a customer who does not order cat food. Getir has been an interesting machine that analyzes time, location and needs. Now we are getting into the food business. We are beginning to grow in different cities and countries."

Professor Işıl Bozma from the Department of Electrical and Electronics Engineering at Boğaziçi University stated that as of 2015, the world robot population is 1.5 million and that in 2019 this figure will increase by 12 percent and reach 2.5 million. Bozma said the Asian countries lead the way in this trend.

At the meeting on robotics organized by Boğaziçi University Digital Transformation and Industry 4.0 Platform, the studies conducted in this field were discussed. Bozma informed the participants about the latest situation in the field of robotics in the world and in Turkey.

Bozma said that one of the most important indicators of development in robotics is "the number of robots per 10,000 people," adding this figure is 18 in Turkey and 550 in Asia. Noting that a total of 8,000 robots are used in the industrial field in Turkey, Bozma said over the next 10-to-15 years, robots will be a part of our lives from production to home, from agriculture to safety, highlighting that the robots that interact with people and help them will be integrated more in our lives.

In his delivery at the meeting, Sertaç Yerlikaya, vice president of the Digital Transformation and Industry 4.0 Platform at Boğaziçi University, talked about the projects and contributions of Boğaziçi University to the digital transformation of small and medium-sized enterprises (SMEs) in the context of its relations with the industry.

Yerlikaya said that they will take part in Bogazici University's new technopark BUDOTEK, which will be put into service in Dudullu Organized Industrial Zone, as Digital Transformation and Industry 4.0 Platform, adding they have prepared a digital transformation road map for SMEs participating in BUDOTEK, and started pilot studies with four companies. Emphasizing that the collaborations with the institutions such as Istanbul Chamber of Industry and Turkish Enterprise and Business Confederation (TÜRKONFED) have been implemented in this framework, Yerlikaya also stated that Digital Transformation Training started under the roof of BÜYEM as of March 9, with the cooperation of Boğaziçi University and the Ministry of Industry.

Evren Samur, a faculty member at the Department of Mechanical Engineering at Boğaziçi University, said that under the current soft robot applications, soft robots that use materials such as silicone, plastic, fabric and rubber have been used nowadays, stressing that industrial robots have very heavy and limited usage area and that soft robots have become widespread in areas such as health care, search and rescue in recent years. Samur also stated that they are working on a soft robot project to be used in the food industry as part of the Horizon 2020 project. Many universities, including MIT, are working on a robot that lifts 100 times its own weight.

5G NETWORK TO BEAM OUR IMAGE

The 5G infrastructure offering a cloud-based radio access network will facilitate the transfer of 3D images. The dream of teleportation we watched on "Star Trek" years ago will come true for image transmission.

Telecom companies are constantly testing new applications for 5G scenarios. Thus, new scenarios can be created for applications to be used in the 5G network. Türk Telekom became the first Turkish operator to try the Cloud Radio Access Network (Cloud-RAN) technology, which is one of the basic architectures of 5G.

Türk Telekom tried Nokia's new Cloud Radio Access Network technology. The new cloud architecture solutions were introduced using the 3D video placement technique in the demonstration of the product, which enables high capacity data transfer with low delays. In the demo, by using Nokia's Airscale Cloud-RAN architecture, a high-quality 3-dimensional moving image of a person was isolated from the environment and placed on the camera image of the mobile phone screen in the demo area. Participants experienced this new technology, that makes a person feel like they are there, by seeing previously recorded images of the person traveling in another environment as if they were next to them via the demo phone screen.

Yusuf Kıraç, Deputy General Manager of Türk Telekom Technology, stated that the new cloud architecture solution that enables high capacity data transfer with less delay time will reshape the mobile communication concept. "Cloud-RAN technology will not only serve as a basis for new services that will increase our perception of reality but will also accelerate production processes and increase total quality by paving the way for vital applications for Industry 4.0," Kıraç added.

Pointing out that the new 5G and 4.5G-supported cloud architecture technology promises more, he said thanks to the low delay time in high capacity transmission provided by the Cloud-RAN technology, the end-user applications that will make us experience the feeling of "being there" in the near future will be an ordinary part of our lives. "In this way, we will be able to see the speaker at a conference as if we were at the venue, watch a concert as if it were playing in our house, witness the re-enactment of a historical scene while visiting a museum, and watch the repetition of a position we missed in a stadium," Kıraç concluded.

The shared economy is being used as a solution in China with its billion person population. Many new technologies, such as the "internet of things" (IoT), provide great solutions for theft and traffic violations.

In China, the number of people with electric bikes has exceeded 300 million. However, while this growth facilitates the lives of people, it also brings special requirements for new solutions for city administrations. According to statistics released by the Bureau of Municipal Public Safety in Zhengzhou, the capital of China's Henan Province, in 2017, electric bike cases are reported to constitute 80 percent of burglaries in the city. In addition, electric bikes are also involved in more than 30 percent of traffic accidents and 9 percent of fires. However, technology is being used to solve all these problems and to justify the sharing economy. New steps are being taken in Turkey in terms of the shared economy as well. However, it needs to get more support from the state and municipalities.

The main problem with electric bikes, which may take the lead role in traffic accidents and fires, is not its production, but rather their culture of use and standards. In other words, electric bike batteries must be inspected in terms of production, usage conditions and quality standards. However, the primary priority may be to improve the culture of use. To address the problems, China Mobile is cooperating with Huawei and Tendency on the NarrowBand-IoT (NB-IoT) electric bike management system. In this context, it is possible to activate more than one control function by equipping existing electric bikes with NB-IoT, GPS and BeiDou modules.

These functions include a number of mechanisms for public safety, such as monitoring in case of theft, fire warning, excessive power alarms and prevention of traffic violations and smart city traffic surveillance. More than 2 million NB-IoT electric bikes have been introduced in the context of the NB-IoT Electric Bike Management System, which is currently used in Zhengzhou City, the capital of Henan Province. One month after the launch of the Electric Bike Safety Project, which was among the first 10 projects aiming to raise living standards in the city, Zhengzhou City formed a special team against licensed electric bike theft. Thanks to this system, the prevention rate of electric bicycle theft has been recorded at over 60 percent, meaning that six out of every 10 thefts are prevented.