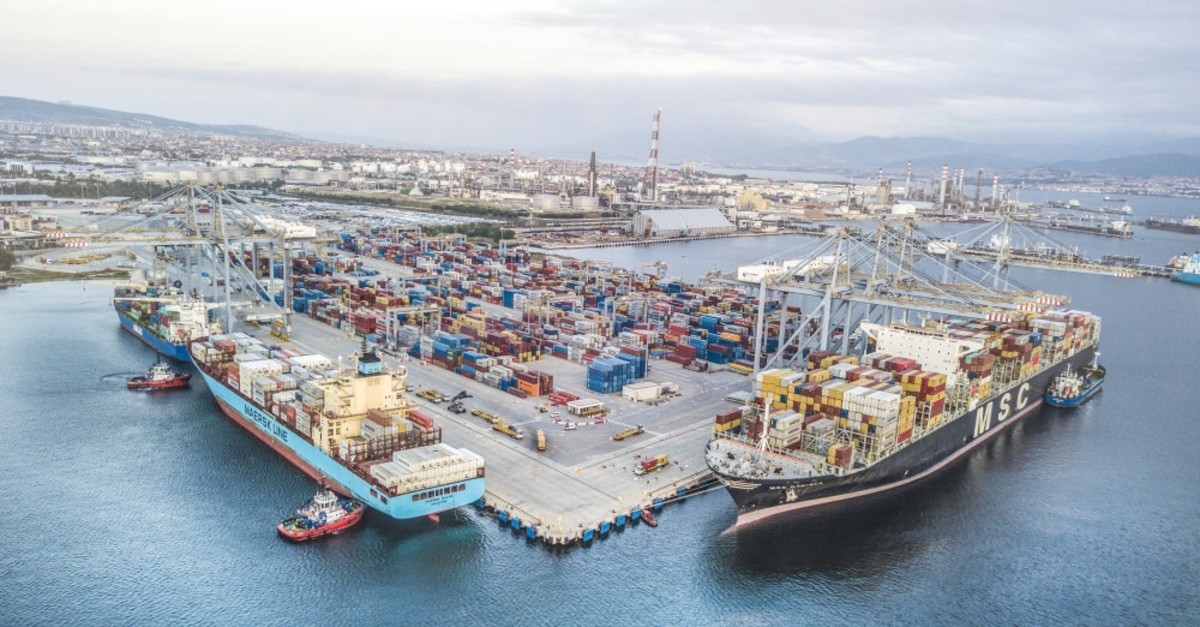 With its performance over the recent years as well its logistical advantages, the industrial port city in northwestern Turkey, Kocaeli, has become the heart of the manufacturing industry and is one of the leading provinces contributing to the Turkish economy

Kocaeli, one of Turkey's major industrial and port cities, has become the center of technology and innovation with the state's recent investments and support for the private sector.

With its employment, production, trade and innovation performance, an industrial port city in northwestern Turkey, Kocaeli, is one of the cities that make the strongest contribution to the vision of making Turkey one of the 10 largest economies of the world, despite ranking lower among the Turkey's 81 provinces in terms of population and surface area.

As an important transition corridor between Europe and Asia, Kocaeli is among the leading provinces contributing to the Turkish manufacturing industry's production capacity. The city, which has a 13 percent share of the manufacturing industry, is also home to approximately 2,300 major industrial investments, 250 of which are financed by foreign capital.

The city, which has Turkey's largest port and ranks eighth in Europe, holds important logistical advantages in terms of storage, highway, railway, maritime and air transport. In 2002, the city's share in the country's total exports was 3.5 percent. With an export volume of $14 billion in 2018, this figure rose to more than 9 percent.

In this city with an industrial infrastructure that can produce and export in almost every sector, only 90 companies had an investment incentive certificate in 2002, while in the last 16 years, investment incentives were given to 2,000 firms, thus achieving a fixed capital investment of TL 54 billion.

With the incentives, Kocaeli has entered the top three in fixed capital investments, creating additional employment for 89,000 people. In addition, thanks to the incentives provided, it has gained strong production infrastructures in automotive and iron and steel fields.

The steps taken by small and medium-sized enterprises (SMEs) to take a more active role in the economy have also borne fruit in Kocaeli. In the city, where only 49 SMEs benefited from the Small and Medium Enterprises Development and Support Administration (KOSGEB) supports until 2002, this number has reached 9,100 in 16 years with five new organized industrial zones (OIZs) established in the city, providing employment for 17,000 people.

With the support of the state, the industrial port city is taking firm steps towards becoming the capital of technology.

In terms of patent data, an important indicator that measures the innovativeness of enterprises, Kocaeli is among the top five provinces with the most patent applications in 2018.

In addition to support for production in the last 17-year period, significant support has been given to research and development (R&D), which is of great importance in terms of increasing competitiveness. An R&D ecosystem was established almost from scratch in Kocaeli, which had a very weak infrastructure before 2002.

By combining the university, the real sector and the public in the most efficient manner, the city has become a city advancing confidently towards becoming the epicenter of technology.

Home to the Scientific and Technological Research Council of Turkey (TÜBİTAK) and the Turkish Standards Institution's (TSE) biggest campuses and the Informatics Valley, today the city hosts R&D and design centers of 143 companies, both domestic and foreign.

City with the most technopark sites

In Kocaeli, which is one of the most techno-parked cities in Turkey with five facilities, 446 companies focus on R&D-intensive activities. Sales in the technoparks have reached TL 7 billion, while the export volume has increased to $400 million.

Informatics Valley, one of the important projects of the Industry and Technology Ministry, was launched in Kocaeli during this period. In Informatics Valley, planned to be a national and international innovation center, the first part of the first stage is completed, while the second part is planned to be operational in a very short period of time.

It aims to provide training to 2,500 people annually in the Applied Advanced Engineering Excellence Center, which is currently under construction in İMES Makina Specialized OIZ to increase the innovative product development capacity of companies.

East Marmara Development Agency (MARKA) Secretary General Mustafa Çöpoğlu was quoted by Anadolu Agency (AA) as saying that Kocaeli is the heart of the Turkish manufacturing industry and that the city has seen incredible development compared to 18 years ago.

Stressing that Kocaeli, the city with the highest exports right after Istanbul, has increased its employment from 300,000 to 550,000 in this period, Çöpoğlu said most of this employment is concentrated in the manufacturing industry.

Noting that the city has experienced serious development in the innovation and technology channel in this period, he said there has been a big increase in the applications of brands, patents and utility models, adding the number of patent applications, 14 in 2002, increased to 294 in 2018.

"Kocaeli is a leading province in producing technological and high value-added products," he continued. "In the new period, we have produced products developed in R&D centers of our domestic industrialists, rather than those designed outside Kocaeli. We currently run second after Istanbul in the number of R&D and design centers," Çöpoğlu noted.

Indicating that the number of R&D and design centers, 16 in 2012, has now increased to 132, Çöpoğlu said there is serious development in this regard, highlighting 100,000 IT staff will be employed here when all stages of Informatics Valley are completed. "Kocaeli is really the locomotive of the Turkish economy," he added, arguing that the most powerful support in reaching Turkey's 2023 and 2071 targets will come from Kocaeli.