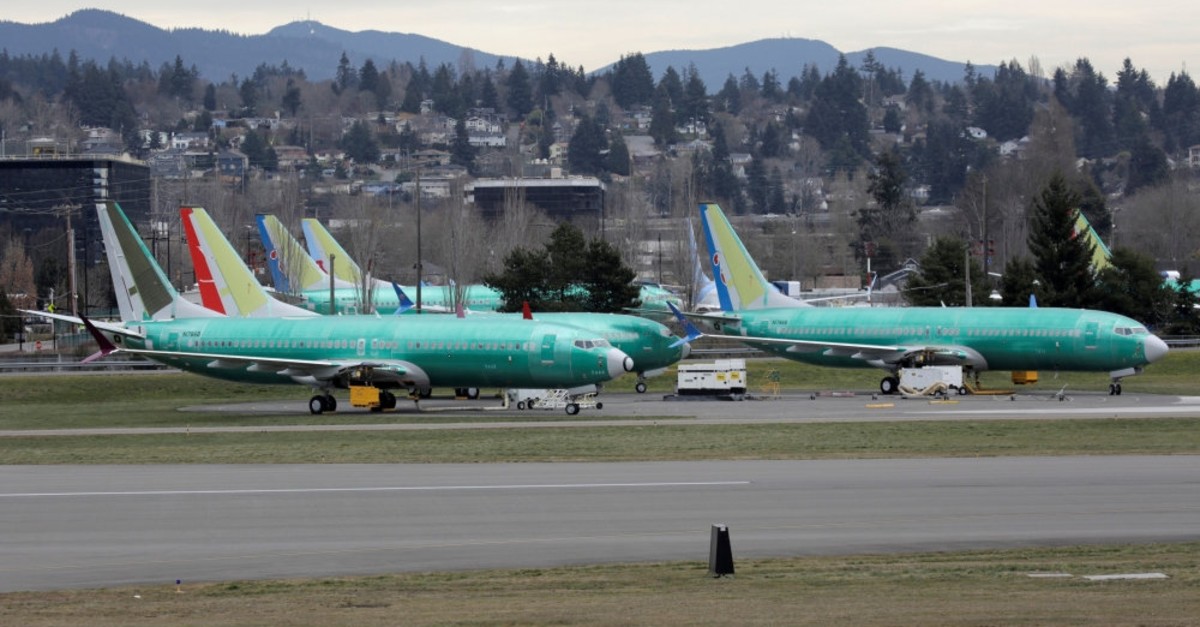 As pressure continues to mount on Boeing, Ethiopia said the initial data recovered from the wreckage of Boeing 737 MAX planes that crashed in Ethiopia and Indonesia shows "clear similarities"

The world's biggest planemaker faced escalating pressure yesterday after Ethiopia pointed to parallels between its crash and one in Indonesia, sharpening focus on the safety of software installed in Boeing's 737 MAX planes.

Ethiopian Airlines, whose reputation also hinges on the investigation, said at the weekend initial analysis of the black boxes showed "clear similarities" with a Lion Air flight from Jakarta in October which crashed killing 189 people.

Both planes were MAX 8s and crashed minutes after take-off with pilots reporting flight control problems.

Under scrutiny is a new automated system in the MAX model that guides the nose lower to avoid stalling.

Lawmakers and safety experts are asking how thoroughly regulators vetted the system and how well pilots around the world were trained for it when their airlines bought new planes.

Ethiopian Transport Ministry spokesman Muse Yiheyis said at the weekend that data recovered from the black boxes by investigators in Paris demonstrated parallels with the Lion Air crash and had been validated by U.S. experts.

With the prestige of one of the United States' biggest exporters at stake, Boeing has said the MAX series is safe, though it plans to roll out new software upgrades shortly.

Boeing has halted deliveries of its best-selling model, one intended to be the industry standard but now under a shadow.

There were more than 300 MAX airplanes in operation at the time of the Ethiopian crash, and nearly 5,000 more on order.

After a 10 percent drop last week that wiped nearly $25 billion off its market share, Boeing stock slid another 3.5 percent yesterday to $365.60 in early pre-market trade.

It also said U.S. FAA followed a standard certification process on the MAX rather than extra inquiries. The FAA declined to comment, but has said the process followed normal process.

The Wall Street Journal reported that prosecutors and U.S. Department of Transportation were scrutinizing the FAA's approval of the MAX series, while a jury had issued a subpoena to at least one person involved in its development. Boeing and the FAA declined to comment on that.

Last week, sources told Reuters investigators found a piece of a stabilizer in the Ethiopian wreckage set in an unusual position similar to that of the Lion Air plane.

Ethiopia is leading the probe, though the black boxes were sent to France and U.S. experts are also participating.

It was unclear how many of the roughly 1,800 parameters of flight data and two hours of cockpit recordings, spanning the doomed six-minute flight and earlier trips, had been taken into account in the preliminary Ethiopian analysis.

Flight 302 had unusual high speed after take-off before reporting problems and asking to climb quickly.

The inquiry is crucial to give some closure to families of victims, who came from nearly three dozen countries.

It also has huge financial implications. The MAX is Boeing's best-selling model, with a backlog of orders worth well over $500 billion at a list price of $121 million each.

Norwegian Airlines has already said it will seek compensation after grounding its MAX aircraft, and various companies are re-considering orders.

Boeing's main rival Airbus has seen its stock rise 5 percent since the crash, but cannot simply pick up the slack given the complicated logistics of plane-building.

Some airlines are revising financial forecasts, too, given the MAX had been factored in as providing around 15 percent maintenance and fuel savings.

Dozens of regulators had grounded the MAX series before acting U.S. FAA boss Elwell said the United States would do the same.

One source close to the probe said Ethiopian officials had been reluctant to share information with U.S. investigation teams and the planemaker.

"There was a lot of distrust, especially at first, but it is easing," the source said, asking not to be named.

There have also been arguments over access to the crater left by the explosive high-speed impact of Flight 302.

The agony for families of the dead in Ethiopia has been compounded by their inability to bury remains. Charred fragments are all that remain and DNA testing may take months.