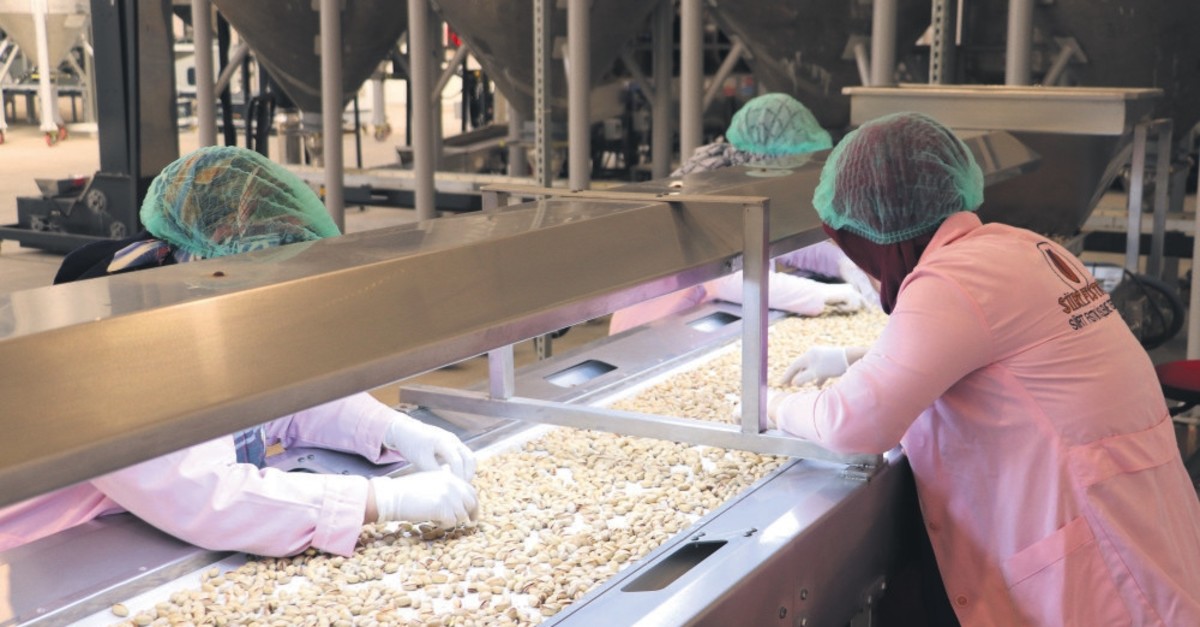 The world's third largest pistachio processing plant was established in Turkey's southeastern Siirt province as part of a 10 million euro project carried out with the cooperation of the Industry and Technology Ministry and the European Union.

The Siirt Pistachio Processing Plant will contribute TL 750 million on average annually to the provincial economy with an annual yield of 60,000 tons obtained from some 20 million trees growing in Siirt. The plant was established in the Siirt Organized Industrial Zone on an area of 35,000 square meters with a budget of 10 million euros. Officials hope to export the Turkish pistachios to Russia and Europe and raise the competitiveness of the pistachio sector by improving the institutional and operational capacity of local pistachio processors and producers in the city.

Industry and Technology Minister Varank said they established Europe's largest pistachio processing plant in Siirt with an investment of TL 43 million, informing that a joint-stock company established under the Special Provincial Administration operates the facility, while studies are underway in order to export the pistachios to be processed at the plant.

"This is Europe's largest and the world's third largest integrated pistachio processing plant," he confirmed. "We invested 10 million euros to make Siirt pistachios a world brand."

"EU funds and the ministry contributed to the establishment of this factory. This beautiful and exemplary project was carried out by the Dicle Development Agency. When the plant becomes operational at full capacity, it will provide employment for 100 people. Deals are in progress to export Siirt pistachios to Europe and Russia," Varank concluded.