THY to migrate to Istanbul Airport in massive logistics operation 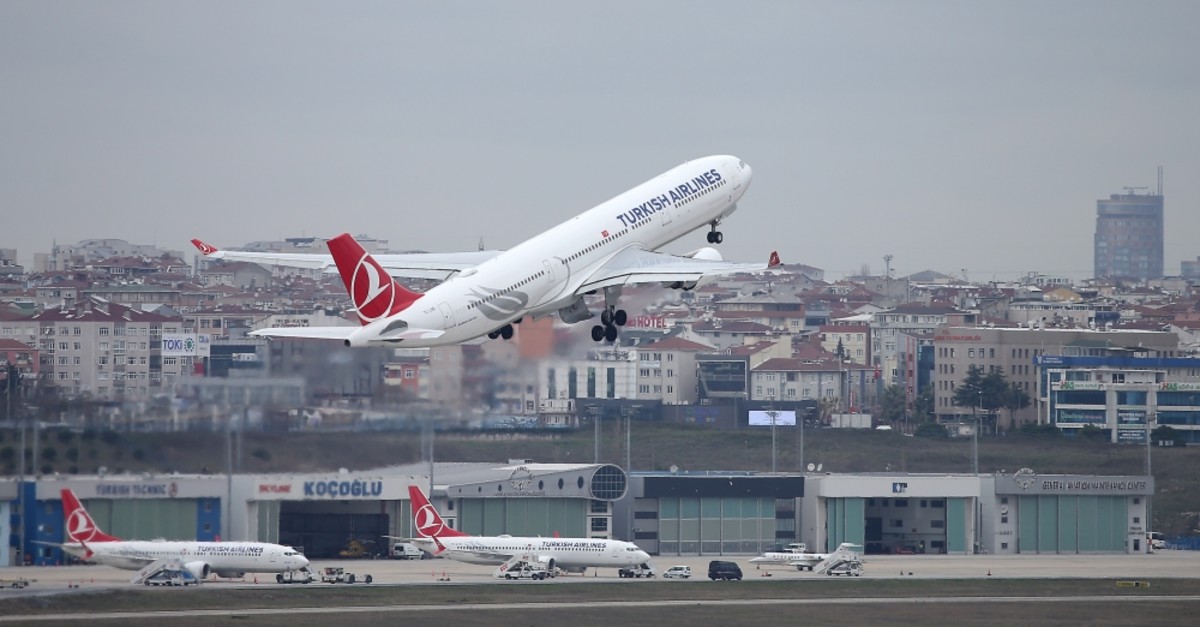 Turkish Airlines' relocation to Istanbul Airport from Atatu00fcrk Airport will take 45 hours and is expected to be completed just before midnight on April 6.
by Daily Sabah Mar 23, 2019 12:17 am

National flag carrier THY will be undergoing the biggest move in aviation industry and will start an exciting new chapter as it is about to move to its new home, Istanbul Airport, which is on track to be the world's largest airport

In the biggest logistical operation in aviation history, the national flag carrier Turkish Airlines (THY) is about to transfer from its old base, Atatürk International Airport, to its new home, the enormous Istanbul Airport, starting at 3 a.m. on Friday, April 5. The process of moving to the new airport actually began with the opening of the airport in October last year, with the final stage expected to take a continuous 45 hours and be completed just before midnight on April 6. For the "Big Migration" to be completed and processed as planned, both the outgoing Atatürk Airport and incoming Istanbul Airport will be closed to all passenger flights between 2 a.m. and 2 p.m. that day.

The national flag carrier will be transferring equipment with a combined size enough to cover 33 football pitches. Following the great move, which will be watched by the entire world, the company will wake up to a new morning, which will be a morning where the sun shines on Turkish aviation with all the flights operated through Istanbul Airport.

The last THY aircraft that will fly passengers from Atatürk Airport, that has been home to Turkey's and THY's rise in global aviation, will be to Singapore.

Atatürk International Airport, which was commissioned in 1953 and has long served as the main base of Turkish civil aviation, will no longer serve commercial flights as of April 6. Atatürk Airport, which handled 68 million people last year, will transition to other uses, such as training activities, aviation fairs and civil use.

Operations at Istanbul Airport after the grand move will begin at 2 p.m. on April 6, with the first flight departing for the capital's Ankara Esenboğa Airport.

Once all stages are completed, Istanbul Airport will be the world's biggest international airport, covering 76.5 million square meters. The first phase of the airport opened on Oct. 29, on the 95th anniversary of the founding of the Republic of Turkey. The grand opening ceremony was attended by President Recep Tayyip Erdoğan, Turkish ministers, officials and heads of state from around the world.

The first commercial flight from the new airport departed for Ankara's Esenboğa Airport on Oct. 31 and was welcomed with a water salute on its landing.

On the other hand, the first international flight from the Istanbul Airport was made to the Turkish Republic of Northern Cyprus on Oct. 31 with the flight TK 978 landing at Ercan International Airport in the capital Lefkoşa. The second flight abroad was carried out on Nov. 8 to Azerbaijan's capital Baku.

The airport has the potential to welcome 90 million passengers annually and following the second phase of construction, expected to be completed in 2023, this number will reach around 200 million. The airport will operate flights to around 350 destinations worldwide, thus becoming one of the aviation centers in the world. During the grand shift, equipment weighing around 47,300 tons with be carried to Istanbul Airport from Atatürk Airport. The load, consisting of over 10,000 pieces of equipment, from aircraft-towing apparatus, weighing 44,000 tons, to extremely sensitive materials, is equivalent to a 5,000 truck volume.

The distance the trucks to carry this load will travel was calculated as 400,000 kilometers in 45 hours. The trucks will hence travel an equivalent of around the world 10 times. Over 1,800 personnel will be working during the operation.

Transportation and Infrastructure Minister Cahit Turhan said Friday the airport will provide employment to 225,000 people, adding that 140,000 are currently working at the airport.

In over four months, since the first flight on Oct. 31 until March 18, Istanbul Airport hosted a total of 2,902 flights, including 1,671 domestic and 1,231 international flights. A total of 372,118 passengers, including 226,040 domestic passengers and 146,078 international passengers used the airport in the said period, Transportation and Infrastructure Minister Cahit Turhan announced Friday.

In the meantime, the number of passengers carried on domestic and international flights from the three airports in Istanbul, namely Atatürk Airport, Sabiha Gökçen and Istanbul Airport, in January and February this year increased by 216,490 with respect to the same period last year. The number of passengers at the three airports in the city stood at 15.285 million in the first two months.

The airport, built in Istanbul, where continents connect and where east and west and north and south link up, will be a project that will rewrite the history of civil aviation. Above all, it will make the airport one of the most important aviation centers in the world.